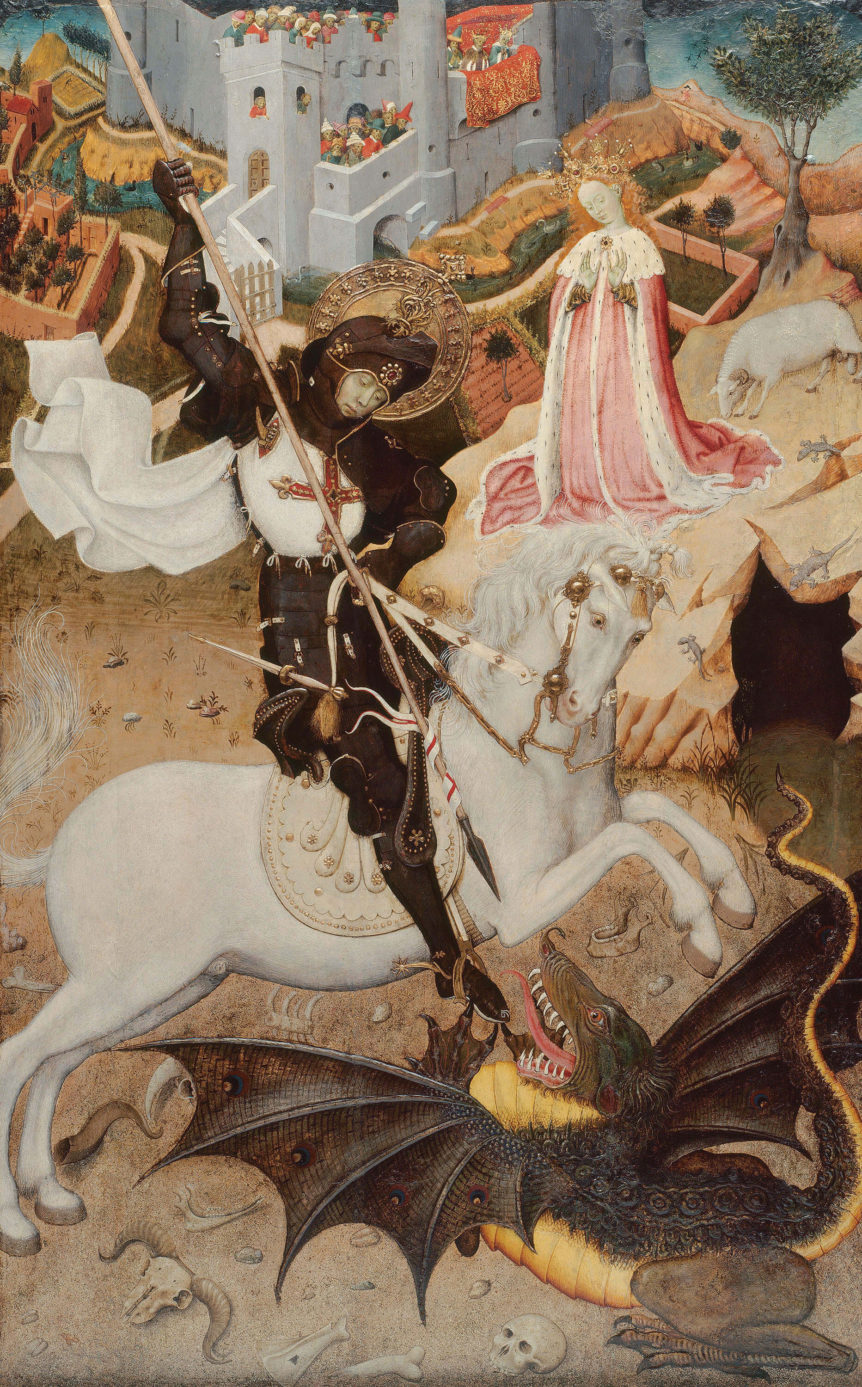 A glimpse of the possible future of museum displays of historical artifacts can be seen in the recent opening of the Art Institute of Chicago’s Deering Family Galleries of Medieval and Renaissance Art, Arms, and Armor. The museum consolidated its holdings of nearly seven hundred works from the years 1200 to 1600 in the new galleries, which feature theatrical settings, atmospheric music, and interactive and multimedia presentations, offering an immersive experience for the museumgoer. “The public reacts to the craftsmanship, but they also react to the evocation of another world,” says Martha Wolff, the institute’s Eleanor Wood Prince Curator of European Painting and Sculpture. “There was a wow factor we were going for, and it seems to come across.”

Some works of art need no high-tech trappings. The first gallery showcases the Ayala Altarpiece, dated 1396, whose nineteen panels depict the life of Christ. Commissioned by a noble family of northern Spain, the massive altarpiece—it measures nearly twenty-four feet across and eight feet high—recently underwent a three-year restoration. Another religious masterpiece on view is Bernat Martorell’s Saint George and the Dragon (c. 1434–1435).

Exhibits move from the spiritual to the secular. The spaces that follow feature luxury domestic items from the late Gothic and Renaissance eras, as well as paintings from the bedchambers of rich Tuscan merchants and everyday items from elsewhere in Europe.

The centerpiece of the Deering Family Galleries is the weapons and armory gallery. Alongside displays of swords, halberds, and suits of armor, two life-size figures mounted on horses dominate the space. One rider is suited up for war, the other for a jousting tournament. Touch screens in the gallery allow visitors to better understand armor, a wearable art form that is usually experienced only in a static way. “Digital media helps the visitor to engage with the pieces,” says associate curator Jonathan Tavares. “Armor was engineered to move with the human body. A digital touch screen allows the viewer to see the way leg armor works—something you can’t see in the display case.” The museum plans to host armor and weaponry demonstrations in the gallery. Game of Thrones just got real.

The final gallery contains sporting arms, among them a circa-1664 hunting rifle owned by Holy Roman Emperor Leopold I. The gun has a wooden stock with carvings by the master Johann Michael Maucher that include a wry warning: a scene showing a hunter being roasted on a spit by rabbits.