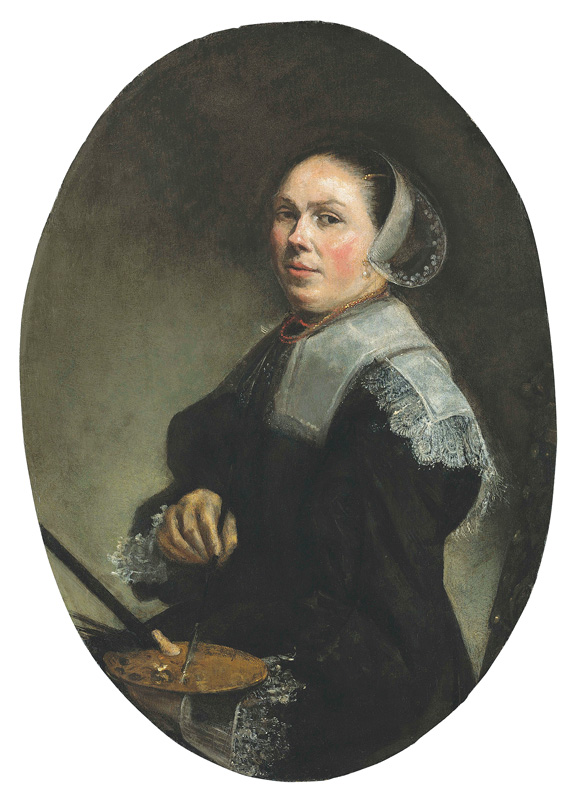 Museumgoers know the names Rembrandt and Vermeer, but how many recognize Judith Leyster or Rachel Ruysch? A new exhibition at the National Museum of Women in the Arts in Washington, DC, examines the underdogs of the Dutch Golden Age: its women.

During the seventeenth and early eighteenth centuries, the Netherlands experienced a sustained period of economic growth. Newly wealthy citizens showcased their social status with extravagant meals, wardrobes, and displays of art. As the demand for paintings grew, so did the number of artists. By the mid-1600s, there were some seven hundred painters working in the Netherlands, one for every two to three thousand Dutchmen. Portraits, still-lifes, and landscapes were popular subjects, portraying daily life in the Netherlands.

Early in the seventeenth century, artists were part of a family trade, each taught by his father, who was taught by his father before him. Later, they were apprenticed to a master painter, learning to stretch canvas before making their first brushstrokes. It was rare for a woman to be accepted into a guild; most learned to paint from their brothers or fathers. Judith Leyster was an exception. One of just two women accepted as a master of the Haarlem guild, Leyster went on to become a celebrated painter in the Netherlands, even teaching pupils in her own workshop. Her work was influenced by Frans Hals, so much so that it’s often mistaken for his. A distinctive five-pointed star—which accompanies Leyster’s initials—immediately distinguishes her paintings from those by Hals.

Rachel Ruysch studied under the painter Willem van Aelst, well-known for his depictions of flowers. Throughout her seventy-year career, Ruysch produced mostly floral and woodland scenes, creating large-scale depictions of flowers for international patrons as a member of the painters’ guild in The Hague, on the western coast of the Netherlands. Ruysch painted flowers and greenery prolifically until her death in 1750.

Women Artists of the Dutch Golden Age sheds light on the life and work of these and other talented women.

Women Artists of the Dutch Golden Age • National Museum of Women in the Arts, Washington, DC • to January 5, 2020 • nmwa.org