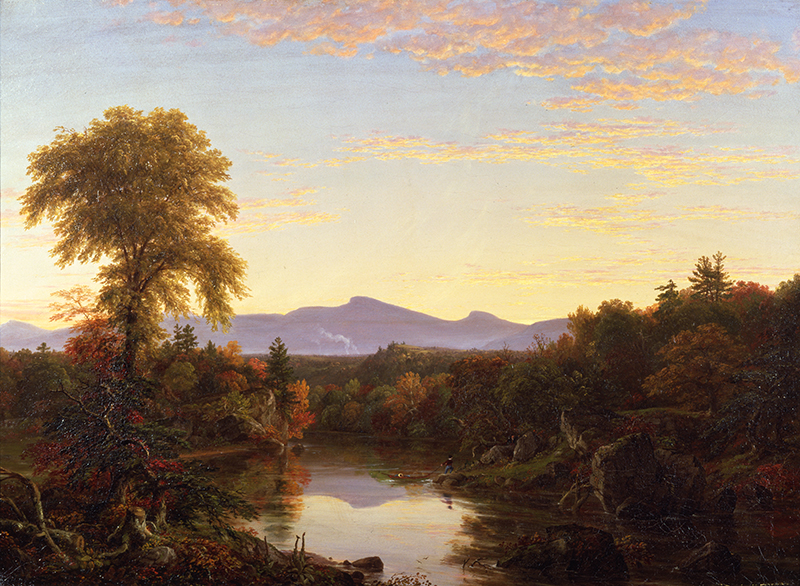 Only a short walk from Thomas Cole’s house and studio in upstate New York winds a stretch of Catskill Creek that the painter would return to depict again and again. This spring, the Thomas Cole National Historic Site presents an artful and eye-opening selection of these creek pictures in Thomas Cole’s Refrain: The Paintings of Catskill Creek, an exhibition exploring the spectacular views that the seminal American landscape painter captured as he lingered along the creek’s contours.

Twelve oil paintings by Cole, some of them rarely seen in public, along with a selection of works by the likes of Asher B. Durand, Frederic Edwin Church, and Charles Herbert Moore, are on loan from the National Gallery of Art, the Yale University Art Gallery, the Frances Lehman Loeb Art Center at Vassar College, and other public and private collections from across the country. Cole’s riparian scenes all date from between 1827 and 1845—considered to be the artist’s mature period—and constitute the most sustained sequence of landscape paintings Cole ever made.

A thoroughly researched and beautifully written catalogue by the exhibition’s curator, H. Daniel Peck, English professor emeritus at Vassar College, explores the creek pictures as an interrelated ensemble of ideas, experiments, and homages to the beauty of the Catskill Mountains, the area Cole first recognized as a spectacular place for painting, and which—following in the wake of James Fenimore Cooper’s Leatherstocking Tales—he helped popularize. Maps identify the locations where Cole sketched, and drone footage reveals that many of the vistas Cole enjoyed during his life remain to this day remarkably unchanged.