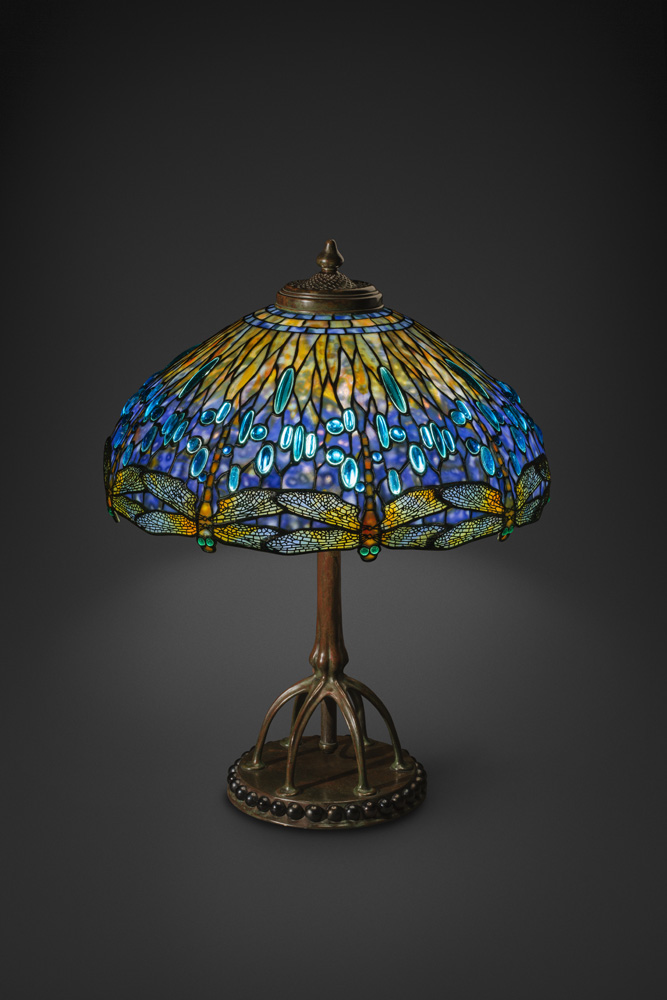 Ten years ago, a show at the New-York Historical Society revealed a remarkable discovery made by a team of decorative arts scholars: the story of Clara Driscoll (1861–1944), the turn-of-the-century artist who, with her team of “Tiffany Girls,” designed some of the studio’s most iconic leaded glass lamps. For more than a century, the commonly held belief was that Louis C. Tiffany created the designs— yet another example of how often the contributions of women to the fine and decorative arts have gone unrecognized.

Thankfully, new galleries at the NYHS offer some measure of redress. Inspired by Driscoll and the Tiffany Girls, the Society has just unveiled its radically renovated fourth floor, featuring a new Center for Women’s History, a gallery devoted to its spectacular collection of Tiffany lamps, and reworked exhibits showcasing the institution’s permanent collection. Naturally, Driscoll and her story figure prominently in the new displays, as does that of another history-making woman, Dolley Madison, the nation’s fourth First Lady—though perhaps the first to be so designated. Madison forms the center of the inaugural exhibition for the Joyce B. Cowin Women’s History Gallery, Saving Washington, on view through July 30, which features more than 150 objects emphasizing the role of women during the years immediately after the American Revolution.

Visitors can also enjoy the 4,800-square-foot Gallery of Tiffany Lamps, a dramatically lit display of NYHS’s collection with an interactive “Design-a-Lamp” kiosk where one can play Driscoll-for-a-day and select colors on a Dragonfly shade. The floor is rounded out by dense exhibits of objects from the permanent collection, with themed niches that examine highlights and lowlights of the city’s history, including slavery in New York. A section on recreation that looks at the bicycle craze of the nineteenth century includes Clara Driscoll’s design for the perfect riding outfit. Though Driscoll would never see the design realized nor get the plaudits her beautiful shades are now accorded, the new floor is, at least, the telling of a history long overdue.