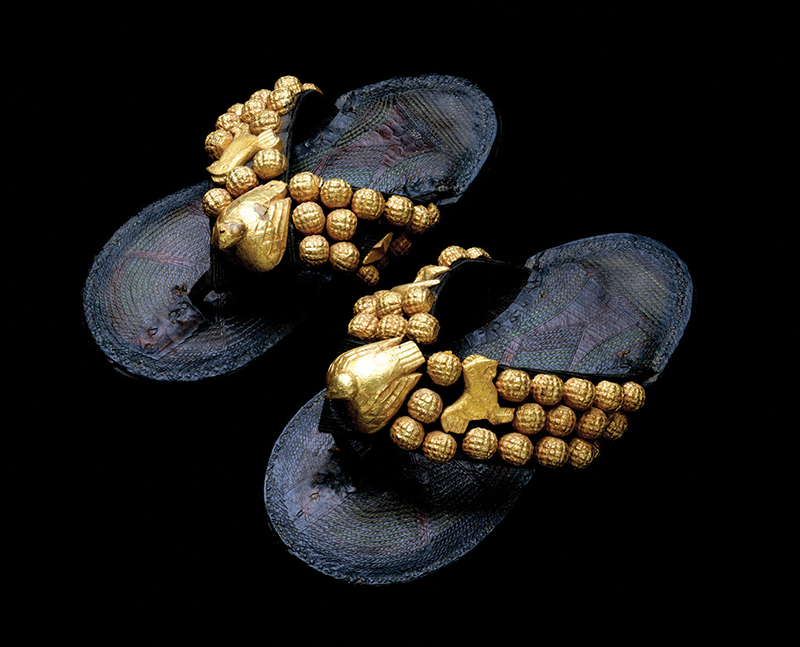 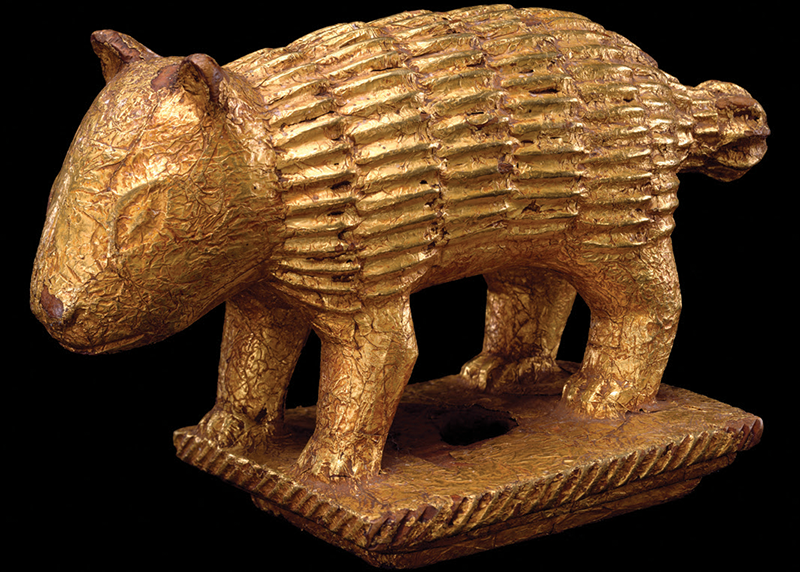 The Asante kingdom (also spelled Ashanti), now the country of Ghana, dominated West Africa for nearly two hundred years at the height of its power in the eighteenth and nineteenth centuries. Amassing wealth through conquest and a thriving gold trade, the royal court adopted the precious metal as a symbol of its power. Nearly three hundred examples of their regalia have been assembled by the Dallas Museum of Art in the first American exhibition of such material in more than three decades. Inspired by the DMA’s own extensive Asante holdings, the show includes pieces on loan from major museums in the United States and Great Britain as well as from private collections. They showcase the skills and imagination of Asante craftsmen, employing a variety of metalworking techniques to create objects for personal adornment, trade, and display. 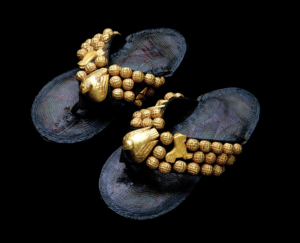 The exhibition reveals the history and background of the Asante kingdom and the ways in which gold influenced the development of its economy, culture, and social customs from its founding in the early eighteenth century. Among the many splendors on display are elaborately decorated ceremonial stools made to mark signal events in Asante history and headgear worn by royal swordbearers, as well as pectoral disks, crowns, textiles, weapons, and jewelry of gold and other materials. The oldest objects in the show are gold beads recovered from a pirate ship that sank off the coast of Massachusetts in 1717; the newest is a 2017 ceremonial neckpiece commissioned for the exhibition from Ghanaian craftsman George Kofi Dokyi. According to DMA senior curator Roslyn Walker, who worked on the exhibition for more than three years: “Everywhere you look, you’ll see something
that will wow you.”