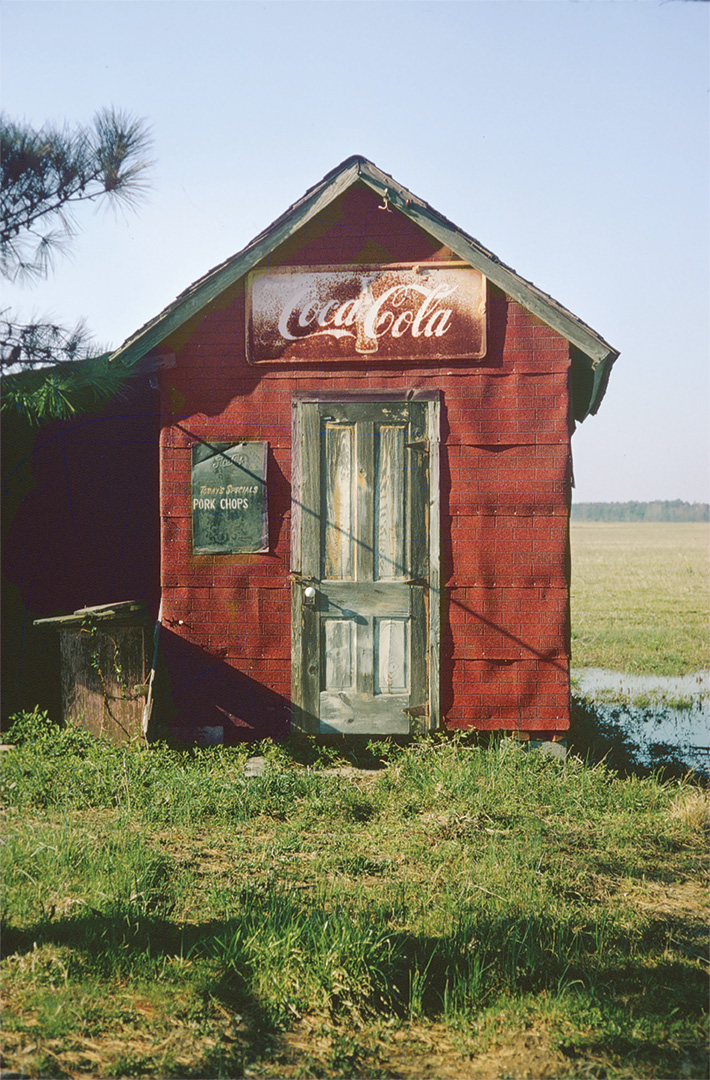 The man who, more than any other, gave visual expression to American life during the Great Depression was not a painter, but a photographer who originally wanted to be a writer. As surely as Aubrey Beardsley’s graphic mastery defined London in the mauve nineties, Walker Evans’s stark photographs remain the most powerful and enduring images of America in its time of greatest hardship. But whereas Beardsley died at the age of twenty-five, Evans lived into his seventies and into the seventies, a very different era. And it is the thesis of a new show at the High Museum of Art in Atlanta, Walker Evans: Depth of Field, that there is far more to this photographer’s career than those universally admired works of the 1930s that continue to be the bedrock of his fame.

Walker Evans III grew up in very different circumstances from those that he so ably recorded. Born into an affluent family in Saint Louis, he was raised in Chicago and New York, graduated from Phillips Andover, and then dropped out of Williams College to begin his real education in the Paris of Ernest Hemingway and Gertrude Stein.

Shortly after he took up photography, Evans scored, in 1929, what would turn out to be a major triumph. Several images of the Brooklyn Bridge, that icon of the New World, were selected to illustrate Hart Crane’s booklength poem The Bridge. Today, when the precedent of these images has become the common coinage of amateur photographers throughout the world, it requires some historical perspective to understand just how jolting it was to see the underside of the bridge abstracted to a dark, all-conquering V-shape as it converges upon a Manhattan skyline wreathed in steam. In this and similar early works, Evans reveals the influence of the Bauhaus in his fixation on city life, in his slicing angles and his willingness to reduce subway gratings and rationalist towers to pure form.”1

As the High Museum exhibition shows, Evans lived to look, always seeking new realms to conquer and record through the eye of his camera. By the early 1930s, he had largely abandoned the aggressive formalism of his earliest work as he cultivated a more reportorial language, but one that-whether amid the balconies of New Orleans or the rain­soaked main streets of upstate New York—has a subtle undertone of celebration, even joy, in a manmade world that slips ever deeper into Gothic decrepitude. Throughout his career, human artifacts sinking into decay—rusting cars, walls scored by posted advertisements half ripped off, bottle caps, and urban gutters—are the recurring objects of his interest. “I am fascinated by man’s work,” he once said, “and the civilization he’s built. In fact, I think that’s the interesting thing in the world, what man does. Nature rather bores me as an art form.”1

But despite all of these depersonalized artifacts, the work that has elevated Evans to the status of a cultural icon is his images of people, of the people. And rarely has a photographer shown as great and effortless an empathy for his subjects as Evans did in his records of the downtrodden masses of the Great Depression. By 1930 he was trolling the streets of New York, taking pictures of the homeless, children, and short-order cooks, of flappers on Fulton Street, and an elegantly attired black woman in Midtown. Evans extended this sense of effortless empathy when he went to Cuba on assignment for J. B. Lippincott to produce photographs for Carleton Beals’s The Crime of Cuba in 1933. From there, he turned his camera back upon his own country in work for the Resettlement Administration and its successor the Farm Security Administration. Those photographs led to his single most famous undertaking, Let Us Now Praise Famous Men (1941), a book of images accompanied by text by his friend James Agee.

Dedicated to three sharecropper families in Hale County, Alabama, the photographs in the book describe their rural lives in a curious mixture of unflinching objectivity and heroic generality. It has often been said of Evans that the two lodestars of his photography, at least as regarded his human subjects, were August Sander, with his Teutonic objectivity, and Eugène Atget, a humanist of boundless empathy for his downtrodden subjects. It would seem difficult to reconcile these two opposing visions of the world, but in Let Us Now Praise Famous Men Evans has pulled it off. In the famous portrait of Allie Mae Burroughs, whom Evans transformed into one of the most famous of all American faces, these two strains achieve their most perfect synthesis. Set against the grainy wood of a clapboard house, this twenty-seven-year-old woman, ravenhaired and almost toothless, is nevertheless imbued with that heroic, archetypal stature that was so central to American culture in the 1930s. And in the group family portraits in the book, the assembled sitters gaze into the camera with a stillness and intensity last encountered in those seventeenth-century scenes of peasant life painted by the frères Le Nain. It was in a similar spirit, soon afterwards, that Evans descended into the New York City subway system to create, unbeknownst to his subjects, hundreds of portraits of straphangers.

But all of the works described thus far were created during the first four decades of Walker Evans’s life and these images were not only steadfast in their objectivity but shot, as though it were a point of aesthetic honor, in black and white. “Color tends to corrupt photography,” Evans would write a generation later, “and absolute color corrupts it absolutely. There are four simple words for the matter, which must be whispered: Color-photography is vulgar.”2

And yet, in the final decades of his career, Evans seemed, in spite of himself, to be conspicuously drawn to color. More than that, he seemed to take his inspiration less from the world before him and more from the high art of his contemporaries. And so, in the late 1950s he produced for Architectural Forum a series of brightly hued images that reduce the retinal world to something like abstraction, and that conscientiously invoke the gestural idiom of New York school painters like de Kooning and Franz Kline. In the 1960s his similarly hued sign collection, is just as surely an homage, though an unlikely one, to pop art. And then in the 1970s we find the photographer experimenting with Polaroid instant color images that succeed, and not just for technological reasons, in expressing the aesthetically ambiguous status of that decade.

The High Museum exhibition is to be commended for drawing our attention to these later works of Walker Evans that are all too often overlooked. But they do little to challenge the received idea about him, that his best work was achieved several decades earlier.

Walker Evans: Depth of Field is on view at the High Museum of Art in Atlanta from June 11 to September 11.