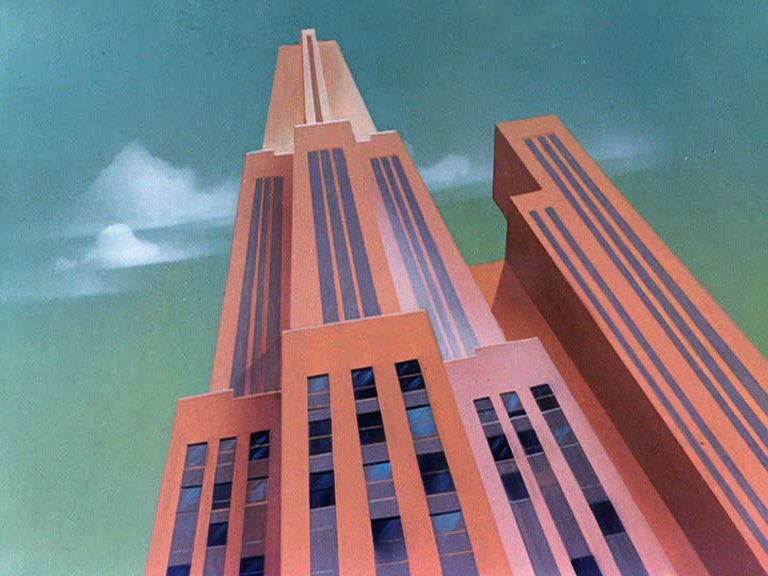 AMERICANA WEEK
In addition to sales of important Americana, furniture, folk, and outsider art at New York’s two major auction houses—Christie’s and Sotheby’s—a number of events are taking place that we urge you to turn your eyes toward: Celebrating its sixty-seventh year as the leading art, antiques, and design fair in the country, the Winter Show will be presented digitally in this edition. The show benefits the East Side House Settlement, and is now open for a VIP preview. Events open to the public on Friday, January 22. In addition to showcasing important works of art on offer from sixty-plus dealers, the Winter Show’s web portal will serve as a hub for a variety of events taking place, including several to be presented by The Magazine ANTIQUES. Please join us at the virtual show, and at the engaging panel discussions that start this weekend. (Winter Show)

Bernard and S. Dean Levy is welcoming clients and friends to its new showroom in Manhattan’s Chelsea neighborhood for a small, Covid-responsible exhibition and sale of artworks from several out-of-town Americana dealers participating in the Winter Show. Join Frank Levy to see objects from such esteemed dealers as Nathan Liverant and Son, Red Fox Fine Art, Kelly Kinzle, David Schorsch and Eileen Smiles, Taylor Thistlethwaite, and Elle Shushan. The exhibition will run to January 23 and appointments are highly recommended. Frank will be walking us through the show at the Decorative Arts Trust’s virtual tour this evening. (Bernard and S. Dean Levy/Decorative Arts Trust)

On February 9, the American Decorative Arts Forum will present a free, beautifully illustrated Zoom lecture on American Splendors: Highlights from the Gift of Barrie and Deedee Wigmore. The presentation will include a guided tour by curator Alice Cooney Frelinghuysen of the Gilded Age paintings and aesthetic movement treasures that went on view at the Metropolitan Museum of Art last year. We reviewed the show in our January 2020 issue. Don’t miss it! (ADAFCA)

Speaking of generosity, consider A Gift to the Nation: The Joseph and June Hennage Collection, a forthcoming exhibition of highlights from a gift of over four hundred objects to the Colonial Williamsburg Foundation. The show will open this spring at the newly redesigned DeWitt Wallace Decorative Arts Museum. The gift represents the sixty-year commitment and passion of the Hennages for each other, Americana, and Colonial Williamsburg. (Art Fix Daily)

MIXED-UP
Harper’s president John R. MacArthur reflects on the life and works of recently deceased novelist John le Carré (1931–2020), who, aside from devising intricate spy-thriller plotlines, “offered striking insights into the pitilessly bureaucratic and often amoral state of the infernal, pointless struggle between capitalism and communism.” Here you can read the first chapter of le Carré’s A Delicate Truth, as it appeared in the magazine in 2013. (Harper’s Magazine)

Here are three books of maps. One features maps of Boston, another maps of Rome, and the last, Time in Maps, makes what is usually implicit in any cartographer’s enterprise explicit: before one considers what is being mapped, one must reflect on when the map was made. (Critic)

These nineteenth-century illustrations from Nantucket whaling ship logbooks are as special for their aesthetic merits, as they are telling of the lives of whalers that made them. The treacherous moments of those aboard these vessels were coupled with many months of downtime as voyages took them to the deeper waters of the Atlantic, allowing much time for journaling and artistic pursuits. Enjoy! (Public Domain Review)

More treats for Bridgerton fans! Before the handbag came into fashion, a lady required some way to carry accoutrements such as perfume, a timepiece, and a notepad and pencil. Introducing the chatelaine, which served women of the seventeenth through nineteenth centuries as a kind of tool belt accessory. Some of them were quite beautifully designed. (Messy Nessy Chic)

The San Francisco Art Institute, like many institutions of its kind these days, is in dire need of funds. When the SFAI floated the notion of selling its 1931 Diego Rivera mural titled The Making of a Fresco Showing the Building of a City, city officials stepped in to protect the artwork with a unanimous vote to declare it a landmark. Phew! But now what for the SFAI? (New York Times)

We saw a lot of Edward Hopper during the spring when Covid-19 desolated the urban landscapes and gave us all a taste of isolation. Renewed interest in the work of the artist has prompted some contemporary reinterpretations of Hopper’s later masterpieces, while an exhibition that looked back at some of Hopper’s early work from Paris at the turn of the twentieth century showed his affinity for the theme of alienation even at the beginning of his career. (New Statesman/Washington Post)

By the way, if desolation strikes a chord with you, and you find something soothing about artwork depicting a surreal, unpopulated landscape, you should follow this Instagram account that specializes in the background images of Looney Tunes cartoons. (Instagram)

Or, take in the three-dimensional masterpiece of Carrie Stettheimer that has been on view at the Museum of the City of New York since 1945. The Stettheimer Dollhouse, a “nonpareil artifact of the interwar avant-garde and an object of absorbing beauty,” is being re-presented in a new exhibition celebrating the seventy-fifth anniversary of its acquisition. Recontextualized and presented in glass at the center of its own gallery, the twenty year project of this legendary salonnière is drawing critical acclaim from many, including art critic Jerry Saltz. (4 Columns/Vulture)