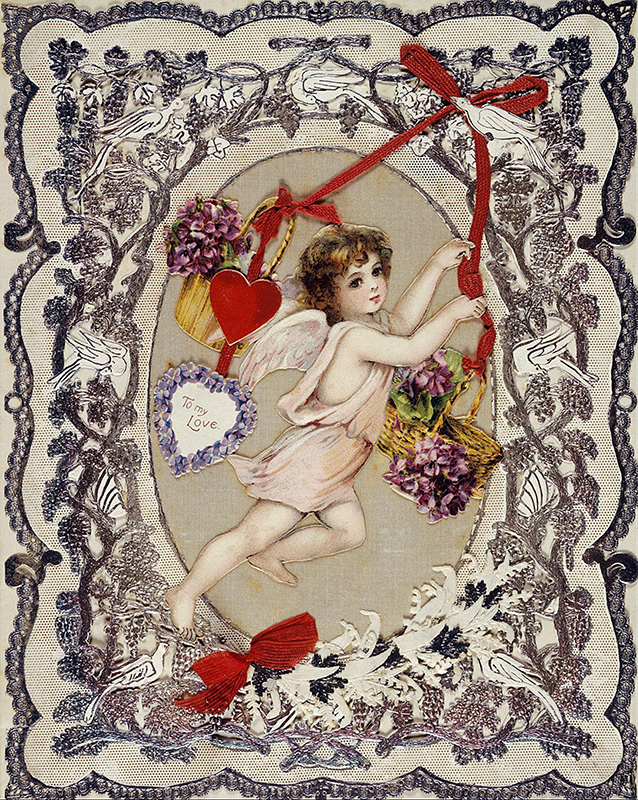 LOVE (AND MORE) IN THE TIME OF CORONA

The heartbreaking circumstances of T. S. Eliot’s and Emily Hale’s almost love life, marked out in the trove of letters he wrote to her between 1930 and 1957 and given by Hale to Princeton University in 1956 with the understanding that they wouldn’t be opened until fifty years after the pair’s deaths, are full of timid, elliptical advances, and scrupulous retreats. And, as biographer Lyndall Gordon writes, there was something else at play: “In his insistent distancing of Emily Hale . . . Eliot was not simply too frightened or refined for the contact he desired; there’s an intriguing fantasy of lovers parted physically in life who will quicken together after their deaths.” (Hudson Review)

This Valentine’s Day, say it with flowers—dried flowers. They last longer (of course) and have a smaller carbon footprint than fresh blooms, many of which, at this time of year, are flown to the US from warmer climates. Here’s a handy guide to drying your own flowers and making bouquets. (New York Times)

George Clooney knows what a thimble is for. The actor is one of a large number of men who have taken up sewing during coronavirus lockdown, making and repairing clothes for their families and themselves and dispelling the notion that working with needle and thread is a feminine pursuit. These “Sew Bros”—as they were inevitably dubbed—are the latest cohort, along with beekeepers, gardeners, and raspberry jam-makers, who have breathed new life into traditional crafts. (Guardian)

If sewing and flower-drying doesn’t appeal, take a look instead at the roster of how-to arts and crafts instructional videos produced by the Peabody Essex Museum. Making paper lanterns, monoprints, or your own modeling clay are the subjects of just three of the forty-nine lessons available on the museum’s YouTube channel. (PEM)

With early examples dating back to the Bronze Age, the history of the heart shape is rich, and there are a vast number of theories about how it evolved into the simple lobed and pointed symbol we see on billions of Valentine’s Day cards and boxes of chocolate. Here’s a short but sweet outline. (Art and Object)

As you now know, the heart shape was in use long before Hallmark got its hands on it, and it’s been used to symbolize more than just romantic love, too. As our friends at Olde Hope Antiques remarked in a recently posted walnut dough board with heart-shaped handle cutouts, “the heart motif was employed by artisans across all categories of American Folk Art as both a religious and secular symbol of love, courage, friendship, fidelity and hospitality.” Cynthia Schaffner and Susan Klein note in their book Folk Hearts that “country kitchens served as the heart of the home. The objects that filled this room reflect an extra warmth that comes from constant use—they comfort, soothe, and rekindle memories.” (Instagram)

There’s no doubt that the pandemic will lead to big changes in public dining practices. The question posed in this essay is what that will look like. Only by casting a glance at the history of the restaurant, and by calculating the direction it was heading in before Covidian times can we hope to predict what is to come. Will it be a world where food delivery is the norm? And what role will politics play in all of it?  (n+1 Magazine)

In the meantime, many of us remain at home trying new recipes, discovering a passion for cooking. Catering to that state of affairs, the Uffizi Gallery’s cheeky marketing department has been hard at work on their new cooking show #uffizidamangiare, which asks foodie influencers to develop recipes inspired by masterpieces in the museum’s collection. Gastronomy meets art history? Buon appetito! (Art Newspaper)

And here’s a story about a food historian and chef who’s following recipes from a handwritten 1830s cookbook manuscript discovered at an Oxfam thrift shop. “The Regency Chef” had been hard at work trying to recreate historical taste experiences before finding a primary source in this culinary trouvaille. “The manuscript offers an intimate portrait of daily life and daily bread from an era when even manuscript cookbooks were still largely confined to the households of the elite.” (Atlas Obscura)

While the Italian futurists were in some cases too high-keyed for their own good, they were probably right about one thing: pasta is not the most nutritious of foods. Filippo Tommaso Marinetti once called it an “absurd Italian gastronomic religion” with its devotees “shackled by its ball and chain like convicted lifers (or carrying) its ruins in their stomachs like archaeologists.” Wow. Read more about this “anti-pasta” campaign. (Mental Floss)

“My wallpaper and I are fighting a duel to the death,” said Oscar Wilde, who was, indeed, on his deathbed. “One or the other of us has to go.” Confined to our apartments or houses, many of us can relate. So, let’s look to this essay about interior design choices for color and pattern and make comforting, or at least historically informed, choices about what to put on our walls. (Apollo)

Take a gander at clouds without craning your neck skyward. The International Cloud Atlas, first published in 1896, included fourteen cloud types printed in blue and grey, including the stratus clouds we’ve seen while in the grips of the polar vortex. That Huruvida typeface is striking, too. (Flashbak)

Speaking of looking up, what’s the deal with all of those robin’s egg blue porch ceilings in Lowcountry, South Carolina? Like much of its regional culture, the story begins with the Gullah Geechee people. (Atlas Obscura)

This handy infographic breaks down the classical inspiration behind the federal buildings in Washington, DC. The architectural rules of Greece and Rome weren’t followed to the letter, however: for instance, the vegetable capitals atop the columns supporting the Capitol Building’s six pavilions substitute corn and tobacco leaves for those of the Old World acanthus. (Lapham’s Quarterly)

After numerous recent discoveries of treasure in basements, closets, utility boxes, and attics, everyone ought to be tapping on the walls after they buy a new building. Case in point: a Geneva, New York, man discovered the contents of a suffragist’s photography studio, which included portraits of Susan B. Anthony and Elizabeth Cady Stanton. (Messy Nessy Chic)

Finally, get a load of this homage to one of early American furniture’s most treasured forms. The entrance to America’s largest retail furniture store in High Point, North Carolina, is adorned with an eighty-five-foot-tall facade modeled on a highboy, earning it the title of World’s Largest Chest of Drawers. It makes for an excellent backdrop for selfies. (My Modern Met)