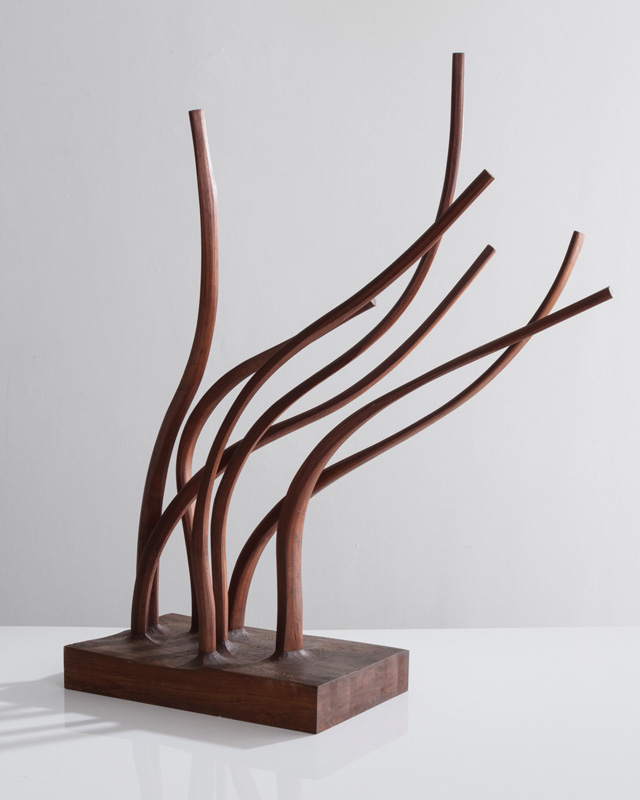 The sculptor and furniture designer Wendell Castle liked to tell the story of a spring break road trip to the East Coast that he took in the late 1950s with a fellow student at the University of Kansas. On one leg of the journey, they impetuously stopped unannounced at the Connecticut home of Alexander Calder, who welcomed them in for a glass of wine and a tour of his studio. Emboldened by this, as they continued down the coast Castle decided they should drop in at the suburban Philadelphia home of another of his heroes, the studio furniture pioneer Wharton Esherick. “We got directions to his house, showed up at his door and knocked, and he said, ‘Get out of here. I’m busy.’ So we didn’t see him,” he told curator Jeannine Falino in a 2012 interview for the Smithsonian Institution’s Archives of American Art. “But it was worth the visit anyway,” Castle added, “the house was pretty damn interesting from the outside.”

The young Castle took inspiration where he could find it, and that—as explored in a current show at the New York gallery R and Company—was almost everywhere. While Esherick opened Castle’s eyes to the possibilities of furniture as art, others working in the period suggested what form that art might take. “Wendell was looking at Henry Moore, Jean Arp, Isamu Noguchi, Calder and others. His goal was to be exhibited alongside modern artists,” says the show’s curator and R and Company’s director of museum relations, James Zemaitis. “He settled on furniture as a medium, but Wendell was really one of the most significant American sculptors of the late twentieth century. His work happened to be functional, but function was almost an afterthought.”

The exhibition will bring together artwork by those who influenced Castle and some fifteen examples of his early work, when he employed a technique called stack lamination. (Thin layers  of wood are glued together to form a solid mass that is then carved, shaped, and sanded. The result is an object with lovely contrasting bands of color and grain.) Castle described the development of lamination as a “quiet revolution” in the field of woodworking. But his own sculptural furniture was hardly that. It sings, loud and clear.