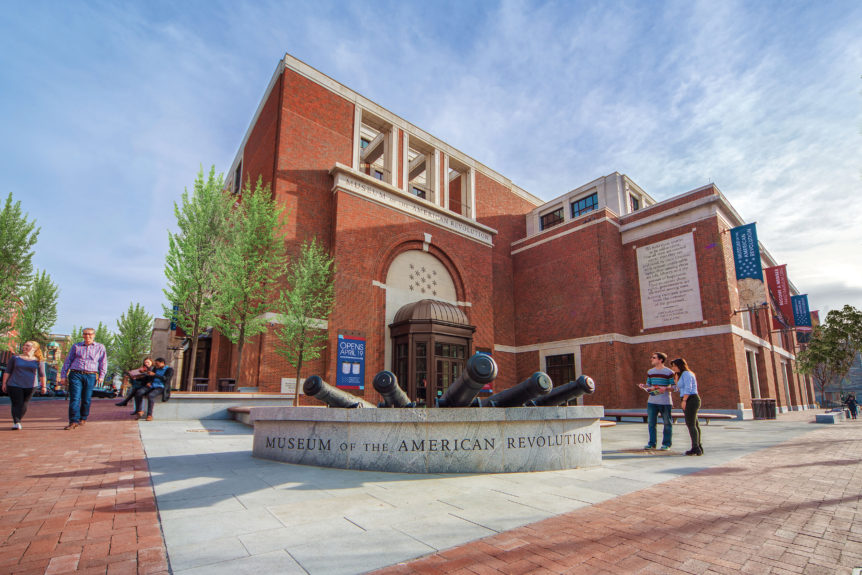 Americans have been getting our Founding Fathers wrong for a very long time. Only slightly less well known than the story of George Washington and the cherry tree is the fact that the story itself was a complete fabrication, propagated by Washington’s early biographer Mason Locke Weems. At around the same time, there was a Staffordshire figurine in wide circulation that depicted Benjamin Franklin in the attitude of a statesman; on its base, set in bold gold type, it reads “WASHINGTON.”

Is our own understanding of the nation’s heroes much better? The good people at Mount Vernon, frustrated by the many quotations misattributed to our first president on the internet—falsely placing pro-gun sentiments in his mouth, for example—have gone so far as to devote a page on their website to setting the record straight.1 Attitudes toward the Founders matter, in part because we have a constitutional democracy and are still bound by those long-ago gentlemen’s words, but also because of the symbolic power we allocate to them as historic characters.

Unfortunately, like most everything to do with American identity, the Founders have become grist for the political mill. The right-wing Tea Party models itself explicitly on the insurrectionary Sons of Liberty; their allies in government describe themselves as “originalists,” claiming that they only want to follow the dictates of the Constitution as literally as possible. The newly resurgent left wing has also begun laying claim to the spirit of the Revolutionary era. They have the Broadway sensation Hamilton, a masterpiece of diversity-oriented identity politics, to call their own. The marches that have filled the nation’s streets since Donald Trump’s inauguration are liberally sprinkled with tricorn hats and other allusions to Washington, Jefferson, and their contemporaries.

It seems appropriate that Ben Franklin invented bifocals, because right now the Founding Fathers seem to be viewed through two totally different lenses, which match the deep divisions within the country: republican vs. democrat, rural vs. urban, educated vs. working class, men vs. women, white vs. everyone else. The sense of intractable enmity is pervasive, and history is getting dragged into the fray. “It is time that our society acknowledge a sad truth,” conservative columnist Dennis Prager writes in the National Review. “America is currently fighting its Second Civil War.”2 Considering what happened last time round, this sounds like cause for concern.

With all this in mind, the opening of the Museum of the American Revolution in Philadelphia on April 19 could not be better timed. The public will have a fresh opportunity to understand the Founding Fathers in their own context, not just as names to invoke for partisan point-scoring. Like World War II, the Revolution is one of our country’s few “good wars,” a conflict that is universally accepted in retrospect as just and right. The soldiers of the Continental Army are seen, again almost universally, as heroes. The new museum presents them as such, giving us relics such as Washington’s field tent and a portable cookstove believed to have belonged to Lafayette, along with the firearms and equipment of everyday soldiers. But it also paints a bigger picture.

Particularly fascinating is the way that the displays present the lead-up to the Revolution, a time when Americans were far more divided among themselves than we are now—perhaps more than we can even imagine now. In a remarkably short period of time, the colonials’ thoroughly British sense of self (represented in the museum by ceramics and other artifacts inscribed “GR,” for Georgius Rex) was fractured, and the population split between rebels and loyalists. As the conflict first simmered and then began to boil over, it was impossible to remain neutral; as historian Joanne Freeman puts it, failing to voice support for the protesters “was often as good as declaring your enmity to them.” As the political middle ground vanished beneath people’s feet, those who wanted to remain loyal to the king faced a terrible choice: “it really did put your livelihood, your property, and even sometimes your physical safety at risk.”3

Another historian, Jane Kamensky, beautifully evokes the loyalist perspective in her wonderful recent biography of John Singleton Copley, A Revolution in Color. Though he painted some of the leading figures among the rebellious faction in Boston, such as Sam Adams, John Hancock, and Paul Revere, his family ties aligned him firmly with the crown. So too did his professional interests. Kamensky argues that Copley disliked rebellion partly because he disliked disruption itself; at heart he was a political moderate, but that choice was not open to him. Events like the Boston Tea Party caused him anxiety, not primarily for ideological reasons, but simply because they were bad for business. “After the harbor became a teapot,” she writes, “what place was left for the slow, contemplative practice of portraiture?”4

Copley and his family went to London during the Revolutionary years, never to return. It is indeed ironic that his paintings are now prized as documents of the nation’s birth, for he viewed its war of independence as a lamentable wrong turn of history. It is helpful to be reminded of such negative views of American “liberty”— as well as the difficulty of unifying the country in the ensuing years. The new museum quotes Benjamin Rush’s apt line from 1783, “The American war is over; but this is far from being the case with the American revolution.” Ideological conflict would long continue—most famously between the Jeffersonians, who favored states’ rights, and the Federalists, who favored a strong central government; and of course, those on either side of the question of slavery. We have yet to resolve those two foundational disagreements and their consequences, even today.

E pluribus unum was adopted as a motto for the United States in 1782, but then as now, it was observed as much in the breach as in reality. Somehow the Founding Fathers managed to create a new nation, despite living in a time of unceasingly bitter dispute. They did that, not because they all agreed with one another, but because they were willing to put up with the messy and imperfect process of democracy. They succeeded precisely because they were good at disagreement. We can probably just about make it through the next four years, if we are willing to learn that lesson. Divided we stand.