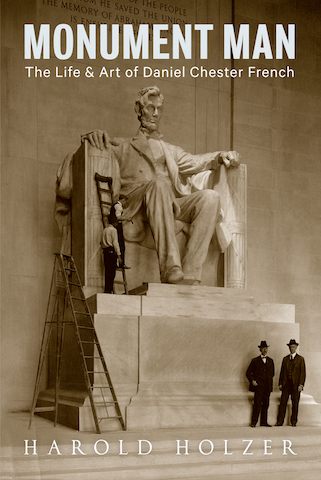 The most in-depth biography of the pre-eminent American sculptor Daniel Chester French (1850-1931) is now out. French—whose works include the statues of the Minute Man in Concord, Massachusetts, and Alma Mater at Columbia University in New York—has long deserved a comprehensive exploration, and historian Harold Holzer’s Monument Man: The Life and Art of Daniel Chester French (Princeton Architectural Press, $35) has been eagerly anticipated.

The book was launched in early March in Great Barrington, Massachusetts, at the Daniel Arts Center at Bard College at Simon’s Rock. It was the first of many planned speaking engagements for Holzer, whose expertise in American history and American art of the late nineteenth and early twentieth centuries combine fluidly in Monument Man. A leading authority on Abraham Lincoln, Holzer was the 2015 recipient of the Gilder Lehrman Lincoln Prize for his book Lincoln and the Power of the Press. The centerpiece of his biography is the story of the making of the sculptor’s best-known and admired work: the iconic seated marble of Abraham Lincoln in the Lincoln Memorial in Washington, D.C., a building designed by French’s friend and frequent collaborator, architect Henry Bacon. 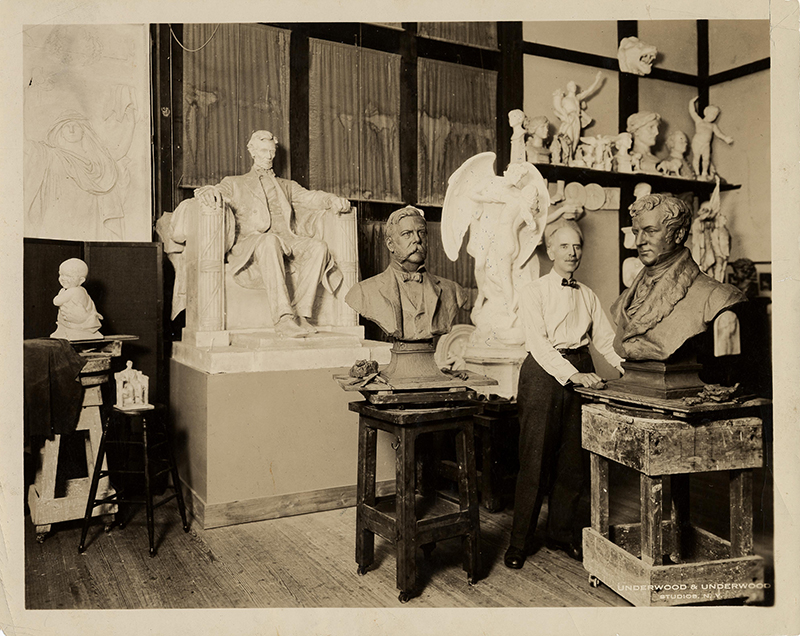 French in his studio in Stockbridge, Massachusetts, showing the plaster models of the Lincoln Memorial at Washington; the Sons of God, in the Corcoran Gallery, Washington; and some of his other works still in clay. Photograph courtesy of Wikimedia Commons/Smithsonian Institute.

Holzer’s lecture in Great Barrington covered the course of French’s life and career from the early encouragement of his artistry by May Alcott, sister of author Louisa May Alcott, in Concord, Massachusetts, to the emergence of the Lincoln Memorial in Washington, D.C. as a backdrop for transformative moments in the history of civil rights in this country, including Marion Anderson’s legendary concert of 1939, and Martin Luther King, Jr.’s “I Have a Dream” speech in 1963. Holzer touched on a number of the artist’s other major sculptures, including the heroic bronze Minute Man and the sensual full-length marble Andromeda (1929), which sits in the sculpting studio at Chesterwood, French’s beloved 150-acre estate in Stockbridge, Massachusetts. 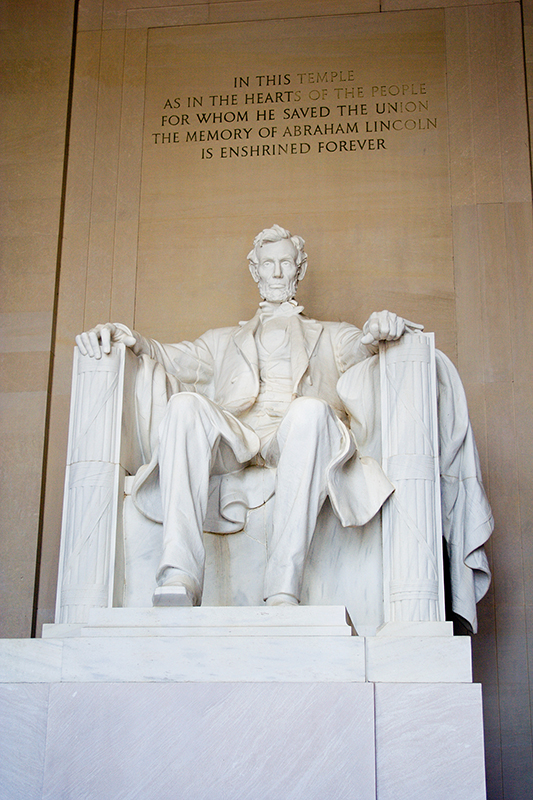 As in his book, Holzer’s lecture primarily focused on the creation and legacy of French’s statue of Lincoln. He related the story of French’s realization that his sculpture needed to be increased dramatically in scale (rising to a height of 19 feet and resting on a 11-foot plinth) in order to avoid being dwarfed by the memorial’s interior space. Holzer astutely pointed out that the statue’s colossal scale has played an important function in its emotional impact on American culture. Holzer celebrated the work of the Piccirilli Brothers, who carved the statue in their studio in the Bronx, and assembled the work from the bottom up at the west end of the National Mall. Holzer’s lecture concluded with a discussion of the segregated seating and censorship of the prepared speech by Robert Moton, principal of Tuskegee Institute and the only African-American who participated in the formal dedication of the statue in 1922.

The biography was commissioned by the trustees of Chesterwood as the centerpiece of a year-long commemoration of the 50th anniversary of French’s home and studio coming under the aegis of the National Trust for Historic Preservation. Among other events in the anniversary celebration is the exhibition Margaret French Cresson: Her Artistic Life and Legacy in Preserving Chesterwood, running until April 30, 2019 at the Stockbridge Library Museum & Archives. The show surveys the life of Cresson—French’s daughter and herself a sculptor—from girlhood to her mature years. 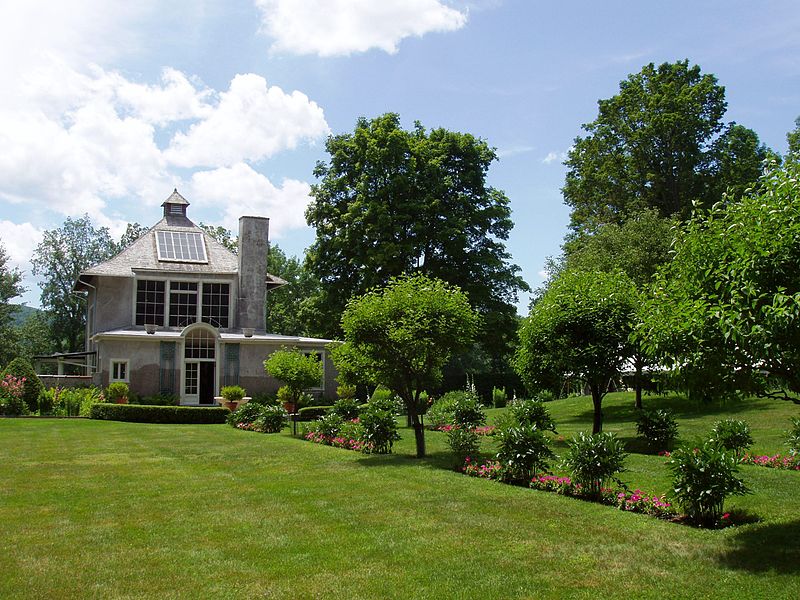 People spending time in the Berkshires this coming summer might plan a visit to Chesterwood and Edith Wharton’s estate The Mount, nearby in Lenox, for an event on the 8th of August. What promises to be a spirited conversation on French’s artistic and historic legacy will take place between Holzer and Dr. Thayer Tolles, Marcia F. Vilcek Curator of American Paintings and Sculpture at The Metropolitan Museum of Art.

A fascinating interview with Holzer about the writing of his new authoritative biography, conducted at the National Archives, can be found here.