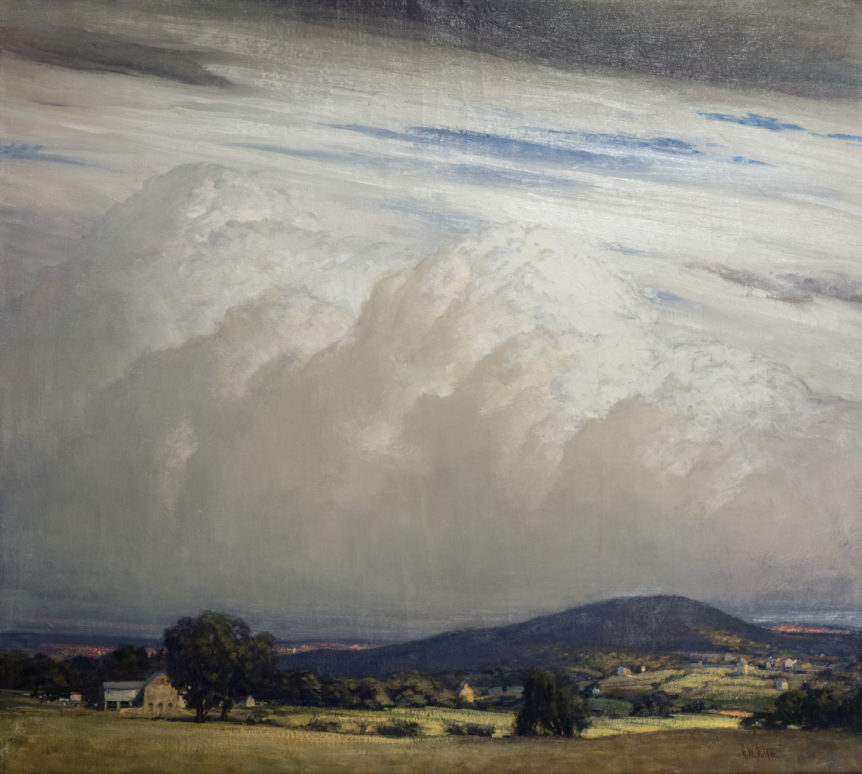 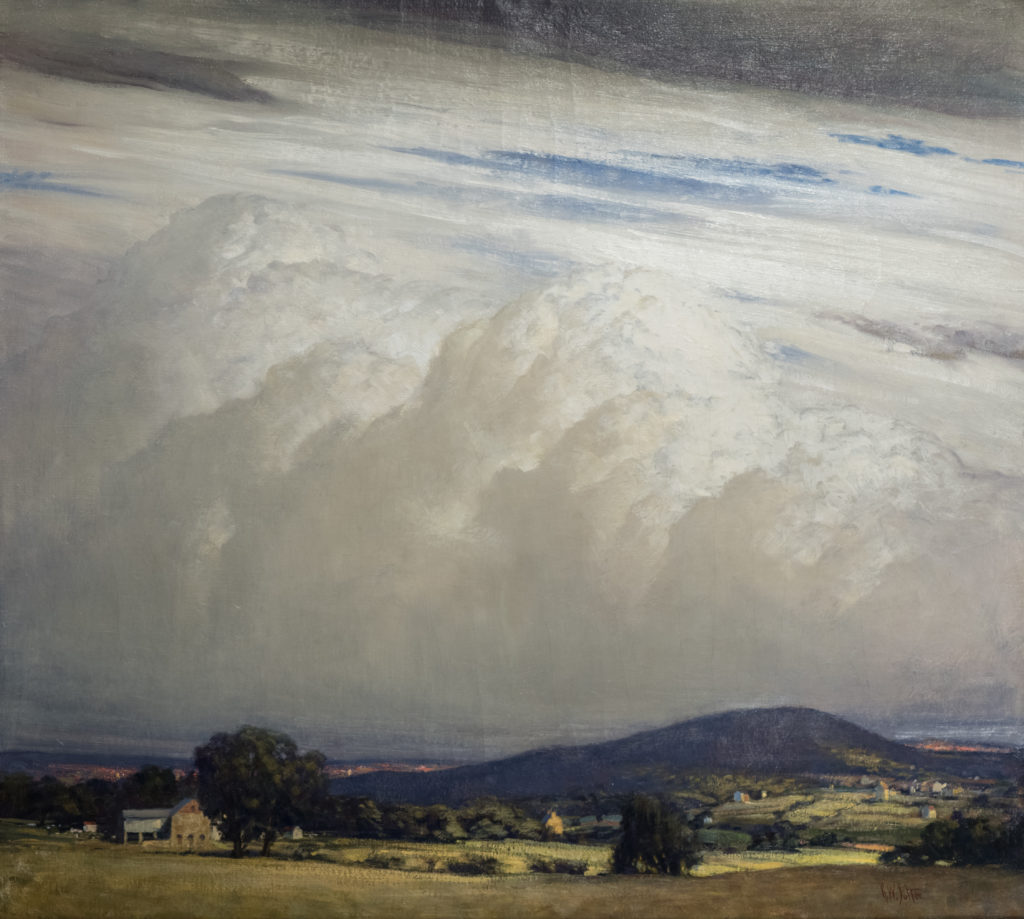 Pennsylvania impressionist George Sotter (1879–1953) excelled as a stained-glass artist before he turned his talents to landscape painting, and his facility with that first medium perhaps gave him a special understanding of the effects of light and color. Sotter’s specialty was the sky, and in his depictions of day or night, the heavens seem to pulse with an inner force.

Sotter left a stained-glass studio in his native Pittsburgh in his early twenties to attend the Pennsylvania Academy of the Fine Arts in Philadelphia, where he studied with Thomas Anshutz, William Merritt Chase, and—most significantly— Edward Redfield, a leader of the New Hope School of impressionism and one of the most celebrated landscape painters of the day.

At Redfield’s urging, Sotter would move his easel to Bucks County in 1919, where he spent the remainder of his life. While he is best known for his glowing winter nocturnal scenes of snow-covered Pennsylvania farmland, Sotter’s depictions of roiling, cloud-filled vistas have a special majesty of their own. See for yourself as the James A. Michener Art Museum pays tribute to an adopted son of Bucks County.