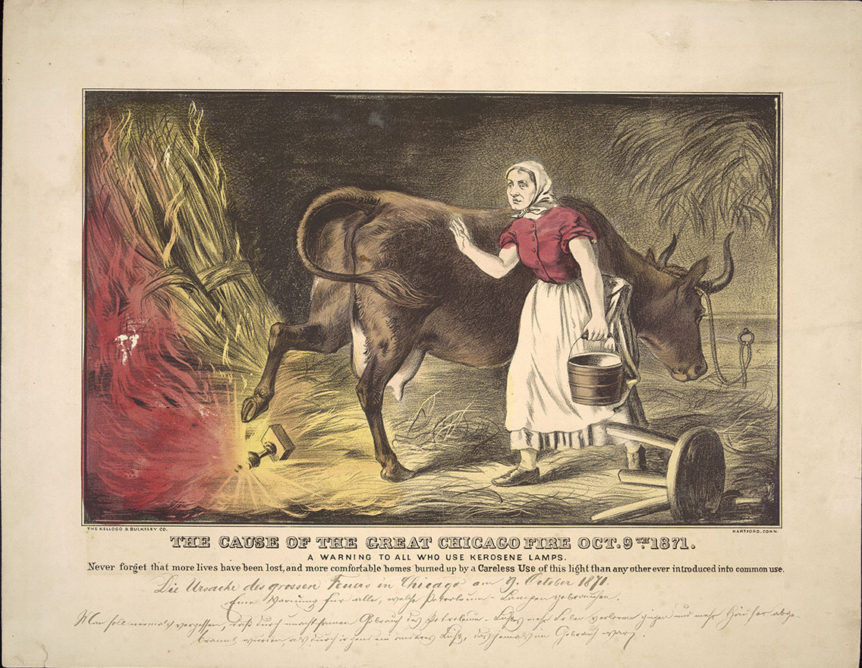 Just about a hundred years ago, a deadly strain of influenza was circulating among the massed soldiers in Europe. In 1918 it would—as we often say today, albeit less literally—“go viral.” In the resulting pandemic, about one-third of the world population became infected. More than 10 percent of those people died. The flu was more lethal than the Black Death in the fourteenth century, the AIDS epidemic of our own day, or indeed, the Great War itself.

Some of the advice given to citizens during the crisis was sound. If you feel ill, go home to avoid infecting others. Get bed rest. Wear a facemask around those who are already sick. Wash your hands frequently. Unfortunately, patent medicines or “nostrums” were still in their heyday, so people were also exhorted to take quinine, blackberry brandy, pine extract, and opiates. Today we know that in a flu outbreak washing hands is helpful, and essence of peppermint is not. But at this time of mass panic, the truth was up for grabs. Health officials sometimes underestimated the threat of contagion, or suggested that it could be contained by an “antitoxin.”1 Even the common name for the disease at the time—the Spanish flu— was the product of a misunderstanding: Spain had unusually good reporting of the outbreak in its early stages, creating the false impression that it had started there.

We’ve been hearing a lot about “fake news” recently. The concerns are warranted; a credulous population, generally speaking, is one that makes poor decisions. The situation is more complex than one might expect, though. For one thing, fake news has itself become sensationalized through inaccurate coverage. For example, last fall a worrying statistic began circulating that, according to the Pew Research Center, 44 percent of Americans “get their news from Facebook.” Or was it 62 percent? In fact, these high estimates were based on misreadings of the published research. Though many people, unsurprisingly, do see news on social media, fewer than one in five cite it as their principal source of information.2

Anxiety about fake news has also been greeted with bemusement by historians, who note that the phenomenon is hardly new. As Jacob Soll wrote in an instructive overview on politico.com, it “took off at the same time that news began to circulate widely, after Johannes Gutenberg invented the printing press in 1439.”3 On some occasions, like the Popish Plot—not to mention the subsequent Presbyterian Plot—of the late 1670s, spectacular frauds have done much to shape history. Scapegoats for earthquakes and fires have never been hard to find, including Kate O’Leary’s cow, which supposedly ignited Chicago in 1871—a story that gained traction due to anti-Irish sentiment. And anti-Semitic and racist rumor mongering have been a constant drumbeat. In another incident that happened exactly one hundred years ago, one of America’s worst-ever race riots consumed the city of East St. Louis. The conflict arose partly because of resentment toward migrants taking away jobs, partly due to pernicious falsehoods that were circulating on both sides. Sound familiar?

In a way, the long history of fake news is itself encouraging, because it means that our predicament is not as unusual as we might think. We can also learn from past attempts to confront the problem. The patent medicines sold to flu sufferers in 1918 are a case in point. Though they were often claimed to be effective against a wide range of ailments, hardly any of these medicines had real curative properties, unless you count the psychological effects of the alcohol, morphine, cocaine, and other intoxicating ingredients they sometimes contained. Today we see them as proverbial examples of mass deception— this is where we get the phrase “snake oil salesman.”

Yet it is easy to see how they acquired legitimacy. Their very name implies it, the term “patent” referring to royal grants extended to drug producers. They were also the basis for major industries, playing an important role in the formation of modern advertising, and serving as the precursor of today’s soft drinks. (Charles Elmer Hires was an innovator in both arenas, following the high-profile launch of his new “root beer” at the Philadelphia Centennial Exposition in 1876.)

In her book New York Burning, historian Jill Lepore makes impressive use of documents from a court case from 1741, in which thirty African-American slaves and four white people were falsely accused of conspiracy, and executed.4 The documents are obviously fraudulent—evidence ginned up by the prosecution—and previous historians had disregarded them as unreliable sources. Yet in its marginal commentary, the court record also contains detailed evidence about the everyday lives of eighteenth-century black New Yorkers. Lepore says that she thought of herself as filtering the documents, winnowing out the false to get at residual truths. There is an important insight here: fake news is a fact in its own right. We can learn a lot about the past, and the present, too, from the rumors, propaganda, and lies that circulate in the world.

Patent medicines tell us what it looks like when life-and-death matters are decided in the commercial arena. In the absence of centralized medical authority and systematic regulation, it was easy for manufacturers to make wild claims; and through effective design of glass bottles, packaging, and trade cards, it was an equally simple matter to give the drugs an air of legitimacy. There is an intriguing parallel here with the aforementioned, much-discussed impact of social media on public opinion. Journalist Kyle Chayka argues that we are facing a problem of “news literacy,” partly because online sources all look more or less the same: “every story comes pre-packaged in the same skin, whether it’s a months-long investigation from the Washington Post or completely fabricated clickbait.”5

The same was true when it came to drugs in the late nineteenth century—or for that matter, newspapers in the eighteenth, or broadsheets in the seventeenth. Likewise, the “rabble-rousing” effect that fake news has today, its way of hardening opinion rather than challenging or contextualizing it, has long been present. The historian Tim Harris has written of seventeenth-century popular print culture, “even the material that only reached people who were already sympathetic nevertheless had an important propaganda effect, serving to arouse latent prejudices, to make explicit existing assumptions, and to furnish people with arguments to use against friends who may not have shared their political views.”6

Fake news online, then, is only the latest chapter in a long and discouraging history. Even so, we should be worried about the fate of truth in our particularly divisive political climate. The Popish Plot did nobody any good, and neither do our own era’s unsubstantiated conspiracy theories. (See the Pulitzer prize–winning website politifact.com for a detailed list, which assesses particular claims on a spectrum from “True” through “Mostly False” to “Pants on Fire!” (No points for guessing who their liar of the year was in 2016.)

Patent medicines were eventually stamped out, not through persuasive arguments or freelance “fact checkers,” but through direct action by government regulators and medical experts. In other words, truth needs our help: it takes organized, institutional support for it to win the day. Whether we can get rid of our own snake oil addiction in this manner remains to be seen. At the moment the signs aren’t encouraging.

Google “1918 influenza treatment,” and you’ll see that one of the top hits is from a site called naturalnews.com.7 It informs readers that “drugs are almost never the answer to what ails the body,” and that during the historic epidemic, a near 100 percent recovery rate was achievable through remedies such as regular enemas, cold compresses, and eating lots of bran. The same site reported a few months back that Hillary Clinton’s victory in the presidential election was a foregone conclusion, “locked in via massive bribery,” and—in the website’s most popular article, recommended sixty-two thousand times on Facebook—that “everything is rigged: Medicine, science, elections, the media, money, education, search engines, social media . . . you are living in a fabricated fairy tale.” Huh! Who knew.

1“Antitoxin for Spanish ‘Flu,’” Charleston Evening Post (October 2, 1918), p. 5. This source and hundreds of others are available through the Influenza Encyclopedia produced at the University of Michigan, a fascinating online compendium of primary sources about the pandemic. 2 Will Oremus, “How Many People Really Get Their News from Facebook?,” slate.com, published December 20, 2016. 3 Jacob Soll, “The Long and Brutal History of Fake News,” politico.com, published December 18, 2016. My thanks to historian Angela McShane for this reference. 4 Jill Lepore, New York Burning: Liberty, Slavery, and Conspiracy in Eighteenth-Century Manhattan (Alfred A. Knopf, New York, 2005). 5 Kyle Chayka, “Facebook and Google Make Lies as Pretty as Truth,” theverge.com, published December 6, 2016. 6 Tim Harris, London Crowds in the Age of Charles II (Cambridge University Press, Cambridge, 1990), p. 108. My thanks to Tom Wilson of the Design Museum, London, for this reference. 7 Kim Evans, “1918 Influenza: A Treatment That Worked,” naturalnews.com, published September 9, 2009. The site is operated by the self-described “Health Ranger” Mike Adams. Previously known as newstarget.com, it has been singled out for opprobrium by the fact-checkers at rationalwiki: “If you cite NaturalNews on any matter whatsoever, you are almost certainly wrong.