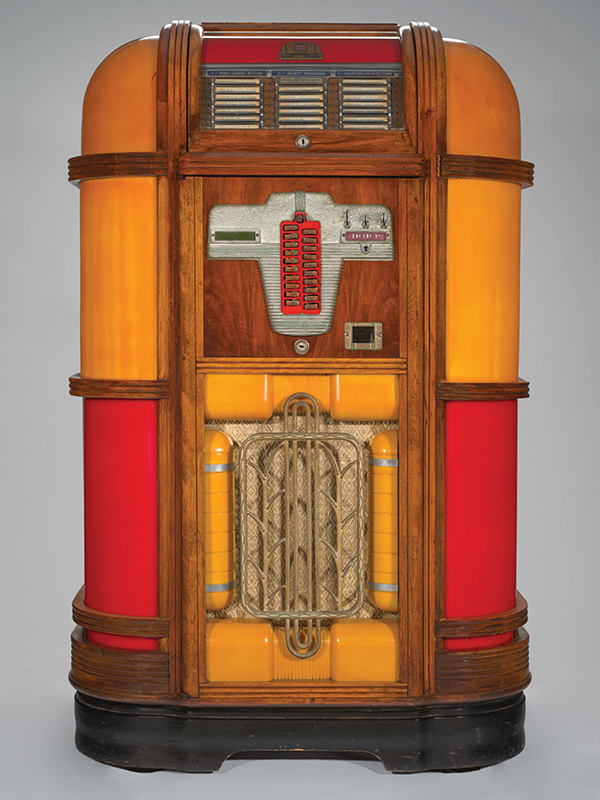 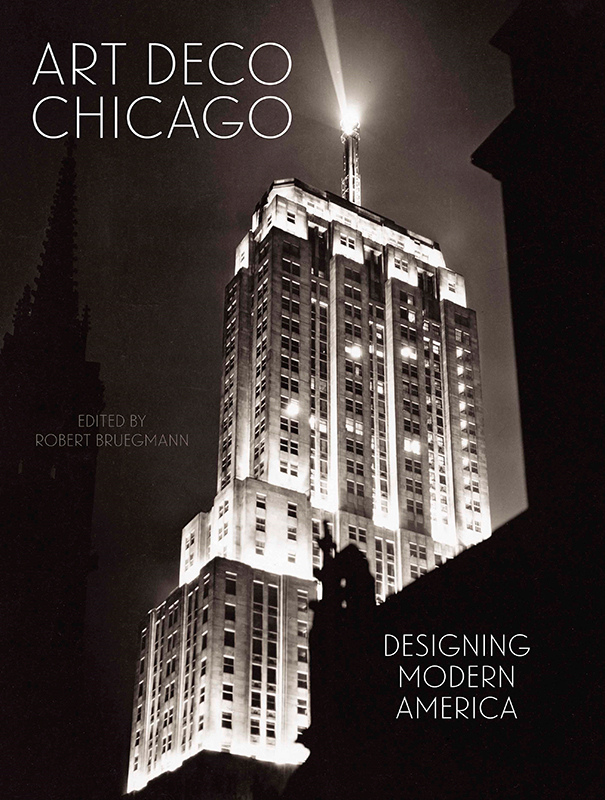 Conveniently located at the center of the nation’s rail system, and home to newly founded cultural institutions such as John Francis Holme’s School of Illustration and the Association of Arts and Industries, which offered support to the influx of foreigners and hinterlanders eager to make their mark in the nascent fields of graphic and industrial design, Chicago was perfectly positioned to become  the US disseminator of the modern design ideas that emerged in Europe in the wake of the Great War. The innovation of designers like Egbert Jacobson at the Container Corporation of America, GE’s Raymond Patten, and the Bureau of Design under Anne Swainson at Montgomery Ward and Company was to take the novel (but not quite outré) ideas floated at Paris’s epochal Exposition Internationale des Arts Décoratifs et Industriels Modernes in 1925 and reconfigure them to appeal to a mainstream American audience. Stylishly designed catalogues from mail-order businesses like Montgomery Ward and Sears, Roebuck and Company made art deco–inflected Parisian fashions available and affordable to heartland housewives. Working women might powder their noses from eye-catching compacts designed by the Elgin American Manufacturing Company, which were bedazzled with geometric enamel patterns inspired by cubism. Weight watchers could hop on one of Mills Novelty Company’s Trylon penny scales—once-ubiquitous porcelain instruments, some of which looked like crosses between skyscrapers and pieces of Egyptian statuary—and Lindy hoppers could “jook” to the newest tunes blasting from reeded and streamlined Stardust Jukeboxes made by the Rock-Ola Manufacturing Corporation.

The term “art deco” came into use in the late 1960s, helping to rehabilitate some of what had previously been dismissed and what at the time was in great danger of being discarded or demolished. Modernism purists among historians of Chicago design treated the output of what Carl Condit called the “commercial city” of 1910–1950 with disdain. Today, some would argue, to appreciate objects made of chrome and Catalin is not simply a matter of taste. It is to recognize the evidence of an archetypal American egalitarianism. As Robert Bruegmann, editor of Art Deco Chicago, writes in the book’s provocative lead essay, Chicago was “able, without making extravagant Utopian claims, to do what the European avant-garde could only write about.” That is, make “inexpensive, carefully designed mass-produced modern products available to a large segment of the population.” You can call Bruegmann (who teaches at the University of Illinois in Chicago) a homer, sure, but it’s hard to ignore the people’s verdict on such marvels of art deco as the Mixmaster.

Art Deco Chicago accompanies the Chicago History Museum’s exhibition Modern by Design: Chicago Streamlines America, which focuses on the streamlined strain of art deco and is on view to December 1, 2019.