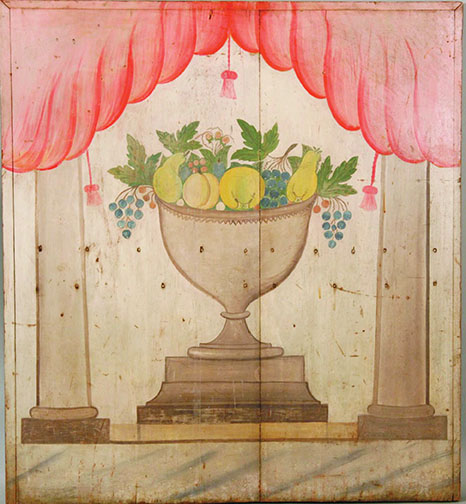 I hesitate to say this, but I am an addict. I have Parkinson’s disease, and one medication I take causes addictive behaviors. For me, one of the earliest to emerge was shopping—benign enough, however extravagant. At least I wasn’t doing drugs (the “street” kind), drinking, gambling, or whatever negative thing you generally associate with addiction. My husband and I both tried to control my shopping. When I had back surgery and could not drive, I turned to catalogue shopping. He turned to preemptive recycling, making the mail disappear before I saw it.

Parkinson’s disease has changed my relationship to many of the things I love most. I have always been a painter. I have degrees in art and art history, have taught college students, worked in the education department of the Museum of Fine Arts, Boston, and written often about different aspects of art. When I started in the antiques business in 1980, out of financial necessity, I saw it as another art-related activity. I’ve dealt mainly in folk portraiture. Folk art was basically an unknown to me then, but its aesthetic appeal—and, at the time, the lower cost compared to good academic work—drew me to it. I educated myself about folk art painting, and now have a great library in the field. The friendships I’ve made in the business and my expanded knowledge of the subject, remain beloved parts of my life. Folk art has influenced my own art, but, more accurately, my art influenced my understanding of folk art.

Last spring, I had my first one-person show, at the Cooley Gallery in Old Lyme, Connecticut. The exhibition arranged by Jeff and Betsy Cooley consisted of some sixty largely geometric abstract works made of cut paper and colored pencils on a matboard surface. It was probably a uniquely difficult technical choice for someone with Parkinson’s disease. The response to the show was a revelation.

Untitled by Joan R. Brownstein, 2014. Cut paper and colored pencil on matboard. “Forms of flat colors, a lack of shading, and the use of nonlinear perspective are major characteristics of my work—as they are of much folk art,” Brownstein says. “On the painted fireboard, space expands from the center outward and always in the plane parallel to the front surface of the image. In the example of my work, color is a dominant feature, and the forms move visually backwards and forward in space.”

Friends who didn’t know my art and knew me principally as a dealer wanted to learn about my work. To many, it seemed an inexplicable life change, a conflict. Others viewed the change with admiration, even envy. Most were amazed that they had never seen my painting, or thought that it was more than an attempt to distract myself from Parkinson’s disease. With those who had a serious attachment to art, as artists or as dealers, a more personal friendship developed. They understood that, as Betsy Cooley wrote in her exhibition notes, “Time has taken on a new meaning for Joan and, as an artist, the best way to deal with the fleeting nature of time is to make art.”

Not long ago, I was in one of the small, trendy clothing stores in our area. By chance, an acquaintance named Lisa was also there. We always chatted as we shopped; she has lovely taste. That day, she noticed that, while I still admired the fabric and design—the jewelry, the scarves that draped beautifully—I didn’t buy anything. She asked me why, and I tried to explain. I still take the medication that had caused my excessive shopping, but that habit no longer seemed important to me. I allow myself to paint instead of shop. Painting has come to occupy my time almost exclusively. I will paint eight to ten hours a day, sometimes six days a week.  An addiction still plays a major role in my life, but it is a constructive one. I am addicted to art.