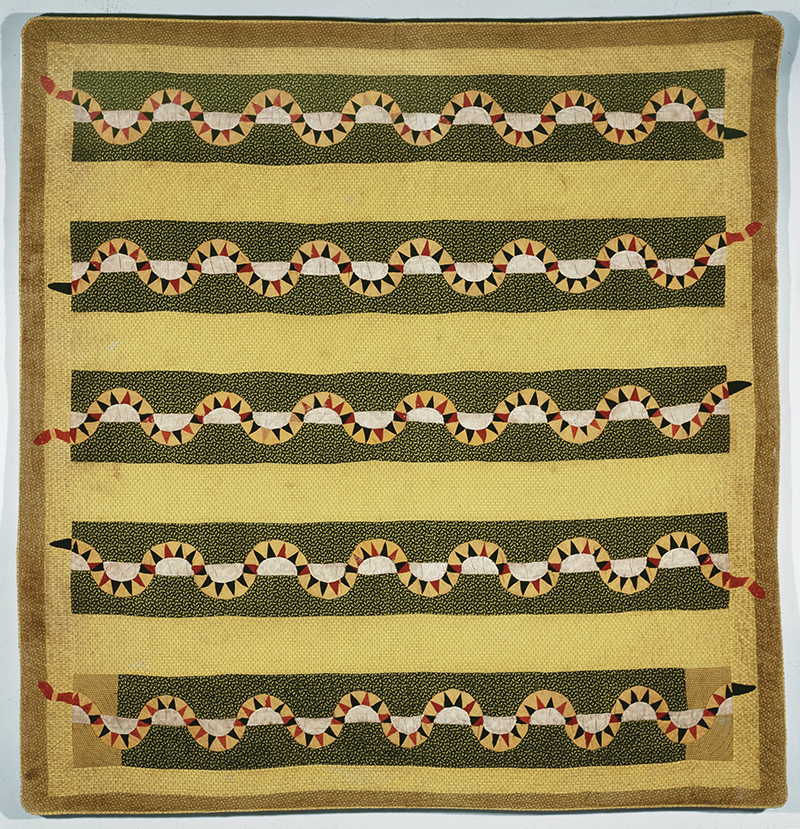 The exhibition only has sixteen works on view, yet it seems much larger. Each object has such vitality and presence: from a North Carolina quilt across which five stylized coral snakes wriggle, to a mid-nineteenth-century walnut framed pie safe from Tennessee with ebulliently painted and perforated doors, to an 1858 alkaline-glazed stoneware jar made, signed, inscribed, and dated by David Drake, the famed potter of the Edgefield District of South Carolina. 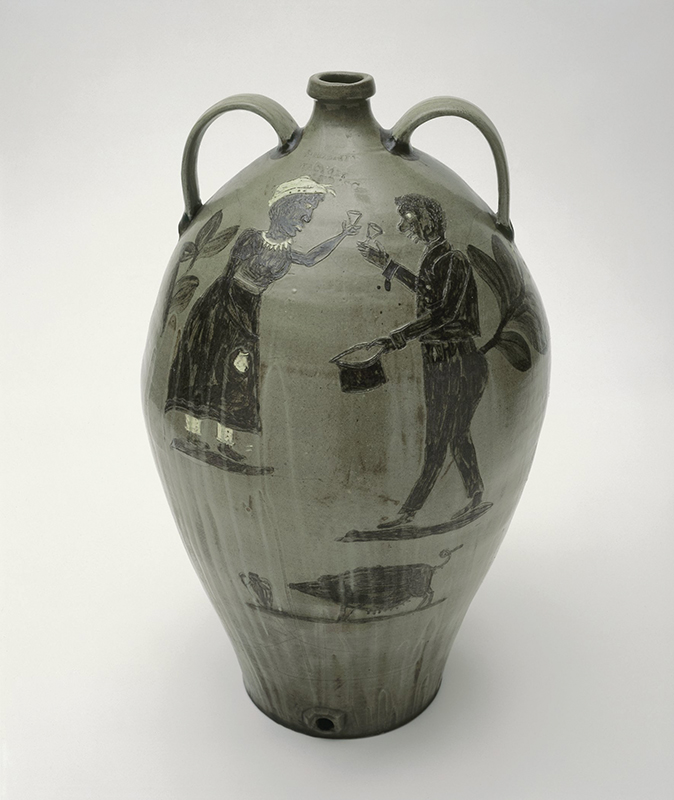 Hand to Hand: Southern Craft of the 19th Century presents core works from the folk and decorative arts collections at the High Museum of Art in Atlanta, showcasing the variety of cultural influences at play in the artisanry of the American South before the spread of industrial production. The show also serves as a survey of the craft techniques employed in endeavors such as ceramics, furniture-making, quilting, and basketry—skills learned by example and passed from generation to generation. 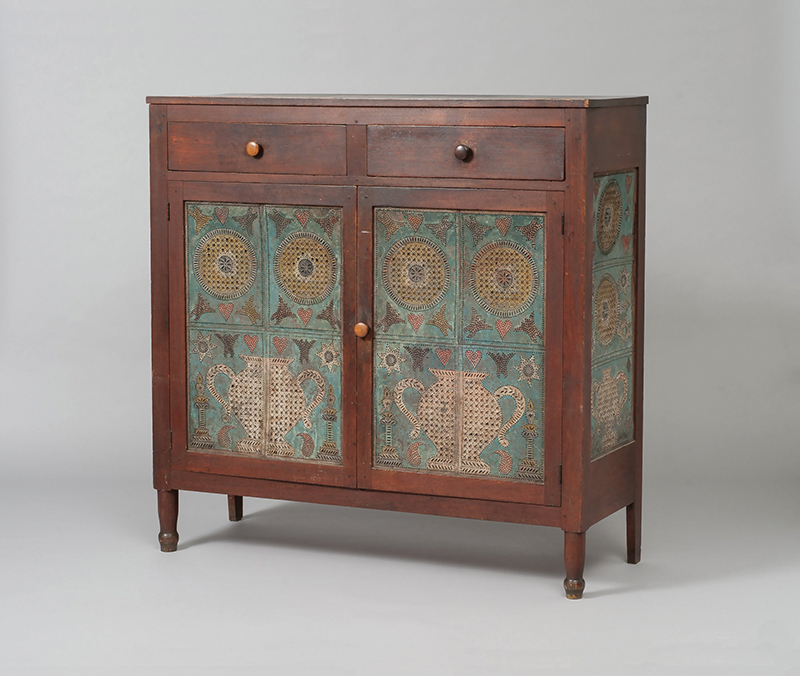 The names of only a few of the makers of objects in the exhibition are known. They include Gottfried Aust, a German immigrant and a member of a Moravian community that settled in North Carolina, who created the oldest item in the show: a large plate, or charger, decorated with a floral motif. Another is Anne Legardere Clay of Savannah, whose 1800–1820 quilt is on view—a remarkably sophisticated piece, aesthetically reminiscent of chinoiserie, that features a rose bush dotted with pink flowers and small jewel-toned birds. A 1810–1830 bottle case—a unique southern furniture form that is a locked cabinet on legs meant for securing liquor—is attributed to the hand of Joseph Freeman, a farmer and cabinetmaker from central North Carolina whose simple, yet elegant pieces are in a number of southern decorative arts museum collections.

Several of the makers of pieces whose names are not known are believed to be African Americans—at least one, who crafted a beautiful 1820–1860 walnut, poplar, and pine sideboard made for the Mills family of North Carolina, was enslaved like David Drake. Dave the Potter, as he is best known, learned to read and write at a time when the teaching of literacy to slaves was prohibited throughout the South. He inscribed his stoneware jar: “I made this for our\Sott”—thought to mean the local drunk, leading to the conclusion the jar was intended for storing spirits—“it will-never-never-rott.” Thanks to collections like the one at the High, no it shall not.