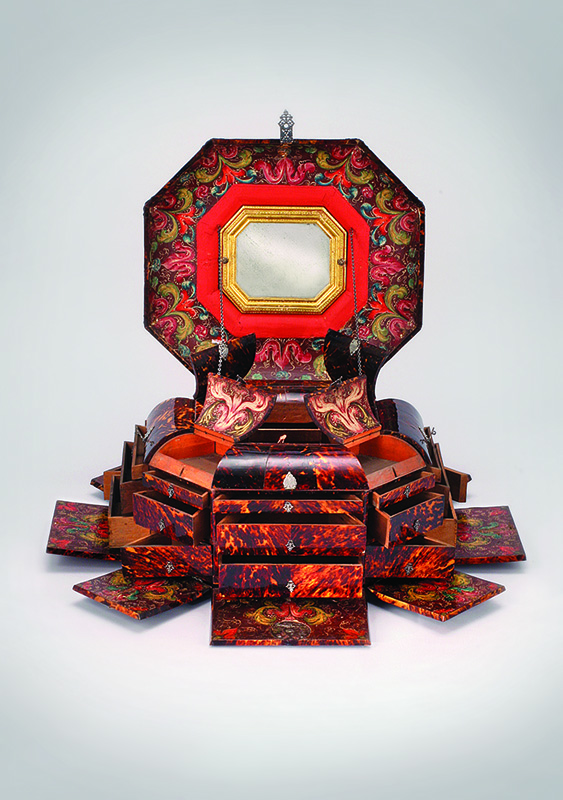 If you’ve listened to our podcast, Curious Objects, you probably already know about the exhibition inaugurating the Colonial Williamsburg Foundation’s renovated and enlarged art museums. But if you haven’t, get ready to be wowed. On view at the DeWitt Wallace Decorative Arts Museum are nearly fifty masterpieces of British sixteenth- to nineteenth-century fine and decorative arts. They’re the sorts of things that, for many years after John D. Rockefeller Jr. first financed Colonial Williamsburg in the 1920s, he and curators seemed to think early Virginians used in their houses and other buildings. As scholarship over time revealed this notion to be misguided, most were relegated to storage. Happily, given their significance as works of art, Ronald L. Hurst and Margaret Beck Pritchard, CWF’s lead curators, have brought them out again in all their glory. Hurst and Pritchard tell us a bit about the exhibition, which remains on view through 2022. For still more, get yourself to Virginia—and subscribe to Curious Objects!

RLH/MBP: Most of the objects we’re showing have not been on view in years. A number, such as a gilded rococo pier table and a tall clock made by Thomas Tompion for William III, were removed from the Governor’s Palace as inappropriate during the landmark refurnishing of that building nearly forty years ago. That said, the clock is one of the most remarkable European timepieces of its day, so it has occasionally been exhibited over the years.

MBP: Of personal interest to me are the beautiful mezzotint engravings by Thomas Frye. They were part of a series illustrating fashionably dressed subjects and are among the finest examples of the mezzotint engraving process. The sensitivity and expressiveness of the sitters, posed to engage with the viewer, was achieved through Frye’s manipulation of light and dark tones. The dramatic use of light, characteristic of the mezzotint technique, enabled him to capture specific moments in the lives of his sitters.

RLH: As a former curator of furniture, I find the side chair made about 1725 to be one of the most striking objects in the exhibition. The maker achieved a wonderful balance between the dark, heavily figured walnut and the islands of carving and parcel gilding. The curvilinear seat, legs, and stiles give the chair a real sense of movement.

MBP: Another highlight is a very large jewel casket given to Colonial Williamsburg by Elizabeth II in 1957. Rarely displayed because of light sensitivity, its case is veneered with tortoiseshell and features carved mother-of-pearl inlays and silver mounts. The dozens of interior compartments, drawers, and doors open to reveal original red silk and polychromed panels. Made in Mexico in the late seventeenth century, it was likely owned in England by the eighteenth—and it’s truly a thing of beauty.

RLH/MBP: We made some interesting discoveries in preparing objects for the show. For instance, a late seventeenth-century chest of drawers with doors, long used to store brochures and other materials in the Capitol, was nearly black and stood on oversized bun feet. In the conservation lab, we were able to reveal the original color contrasts of the geometric moldings and pale cream color of the palm-nut turned discs. The later feet were removed to reveal evidence of the channel-molded originals. Fully conserved, it is a striking example of the aesthetic and an excellent example of the form that became our standard chest of drawers.

RLH: Similarly, a baroque carved wood chandelier with pewter mounts was discovered by microscopic examination to have been originally gilded. We made the decision to re-gild it (over a protective barrier coating) and the results are spectacular.