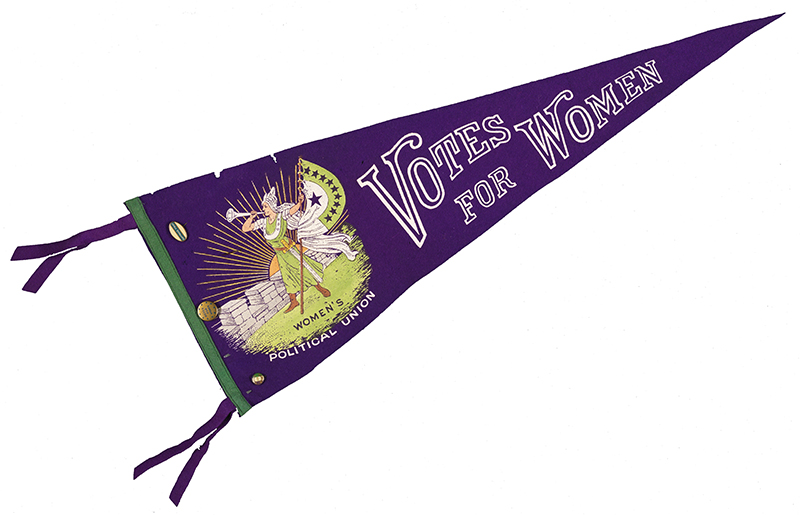 We hadn’t heard much about Betsy Ross for—oh, about forty years or so. At the time of the Bicentennial, she was the most famous woman in American history, a figurative mother of the country who “gave birth to our collective symbol.” Since 1976, though, despite new research into her life and work—most notably, a full-dress biography by Marla Miller—her prominence in the public imagination had faded.

This summer, Ross was back in the news, but not in a good way. In one of the ideological skirmishes that seem to define American culture at the moment, the sporting goods company Nike was forced to abandon their plans to sell an Air Max sneaker, specially themed in red, white, and blue for the Fourth of July. It featured a so-called Betsy Ross flag, with a circle of thirteen stars in the ensign. This would doubtless have passed without comment, were it not for the claim that this version of the US flag has been adopted recently as an emblem for white supremacism. That is what some prominent African-Americans, led by the activist athlete Colin Kaepernick, said. They also went further, arguing that the flag was inherently racist, because in 1776 all thirteen states allowed human bondage. The sneaker, one online commentator suggested, should be rebranded “Air Slavery.”

Nike dropped the shoe, and after a brief, intractable and predictable debate over political correctness, the incident passed. Another news cycle, another set of resentments. It was an unusually deep dive into America’s fault line, however, because the battle was fought over history itself. On the one hand, Kaepernick echoed the most famous speech of the nineteenth-century orator Frederick Douglass, “What to the Slave is the Fourth of July?,”  first delivered in 1852. “What have I, or those I represent, to do with your national independence? . . . This Fourth of July is yours, not mine,” Douglass said. To mark the holiday, Kaepernick tweeted that quote to his two million followers.

On the other hand, for some time now, conservatives have been trying to claim America’s founding values for themselves, from the Tea Party movement to the judicial theory of “originalism.” It’s in this polemical context that the Ross flag has become politicized. Having said this, there is a fear that the protest and recall will be counter-productive—that is, white supremacists will be much more likely to use it now that there has been so much publicity about it (just as has already happened with the Confederate battle flag).

A further irony about the so-called Ross flag is that Betsy Ross actually had nothing to do with its design. That myth was first propagated by her descendants, around the centennial year of 1876. As Miller explains in her biography, though, Ross was indeed a maker of flags; she furnished “ship’s colors,”various banners, and ensigns to the Continental Army. More remarkably, she was the proprietor of her upholstery shop, following the untimely death of her husband John, for more than fifty years. So if anyone claims her as an icon, it should certainly be feminists, not racists.

So how can we get a bit more perspective on this debate? One way is to turn our attention to another historical convergence that was in the news this summer: the joint centenary of the Nineteenth Amendment, which guaranteed women’s right to vote nationwide; and of the Harlem Renaissance, which is often considered to have begun in 1919, when the all-black 369th Infantry Regiment—the so-called “Harlem Hellfighters”—marched in proud parade through the neighborhood.

To the extent that the argument over the Ross flag pits the desire to honor a (somewhat fictionalized) woman against the realities of black history, it reprises conflicts over gender and race from the past; for the double anniversary of women’s suffrage and the Harlem Renaissance is a good reminder that history does not always divide neatly into teams. In the wake of the Civil War, women had high hopes that the extension of the franchise would be universal. They were horribly disappointed by the wording of the Fourteenth Amendment, passed in 1868, which guaranteed the vote to citizens regardless of race, but only if they were “male.” Elizabeth Cady Stanton predicted that the insertion of this one word would take a century to undo, and she was only half wrong.

The suffrage movement, in turn, was not always hospitable to black women’s participation. As black voting rights in the South were eradicated through a combination of violence and Jim Crow laws, white suffragettes worried that welding themselves to another civil rights movement would impede their own progress. Black women were often excluded from suffragette pageants. On one occasion, the pioneering African-American campaigner Ida B. Wells had to refuse point-blank a request to march at the back of a women’s rights parade. More recently, a Harlem historian has pointed to the lack of inclusivity in a suffrage monument planned for Central Park—it includes only two white women, Stanton and Susan B. Anthony.

Equally, the Harlem Renaissance was dominated by men. There were certainly prominent female participants, including the novelist Zora Neale Hurston and the literary editor of the NAACP magazine The Crisis, Jessie Redmon Fauset, not to mention musicians of the caliber of Billie Holiday. But black women in the movement faced sexism. Hurston’s Their Eyes Were Watching God (1937), today considered one of the twentieth-century’s great novels, was dismissed as minor by her peers. “Miss Hurston,” Richard Wright wrote in an early review, “seems to have no desire whatever to move in the direction of serious fiction.”

It is helpful to have all this complicated history in view when thinking about the Nike controversy. It’s further proof, if any were needed, that deploying the past in the present requires care and context. Hurston, whose opinions were never calculated to please anyone, might actually have sided against Kaepernick; she once wrote, “I see nothing but futility in looking back over my shoulder in rebuke at the grave of some white man who has been dead too long to talk about.” This does not necessarily mean that he’s wrong—just that there is a spectrum of opinion out there, and respect should be our default position.

In any case, arguing about sneakers is not the best way to grapple with history. Considering the legacy of two rights campaigns that were in explicit tension with one another seems a much higher priority. If this summer’s heated arguments do lead to one simple conclusion, it is this: there is an awful lot of history out there, more than enough to go around. And nobody’s is perfect.