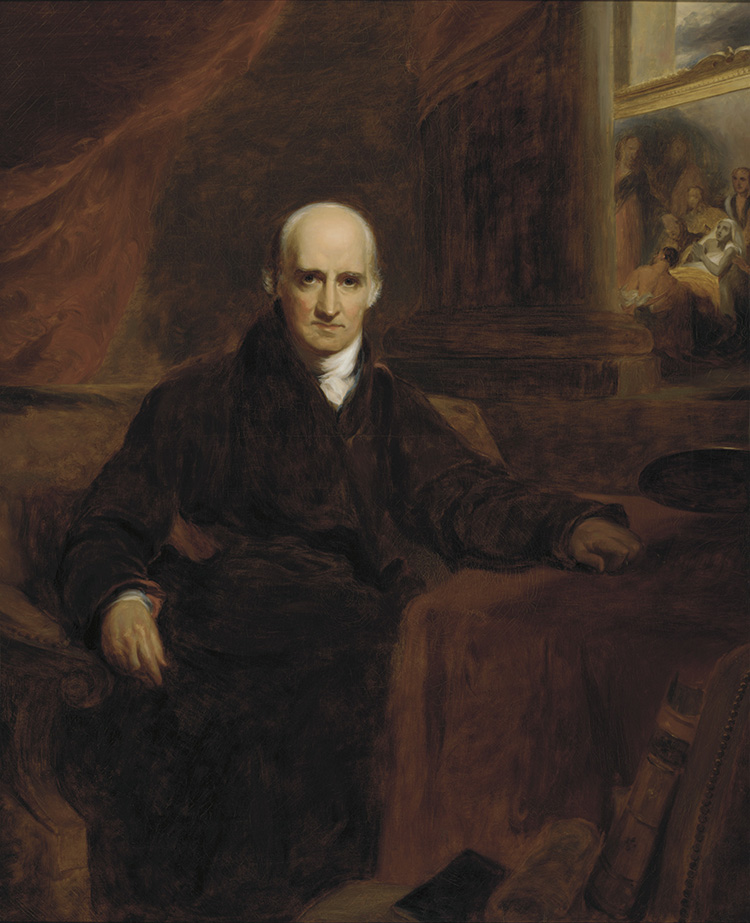 Pennsylvania-born artist Benjamin West began his career stateside, but it was across the Atlantic, in England, where he found fame, as a court painter to George III and as a founder, and later president, of the Royal Academy of Arts in London. Though he never returned to the United States, West’s influence loomed large at home as a teacher to three generations of American painters in his London studio, and then as the first honorary academician of the Pennsylvania Academy of the Fine Arts in Philadelphia. Now, in celebration of the 250th anniversary of the Royal Academy’s founding, PAFA has organized a homecoming of sorts for West—an exhibition of more than sixty works, including paintings, drawings, sculptures, and manuscripts, that examines the critical role he played in establishing the two academies. 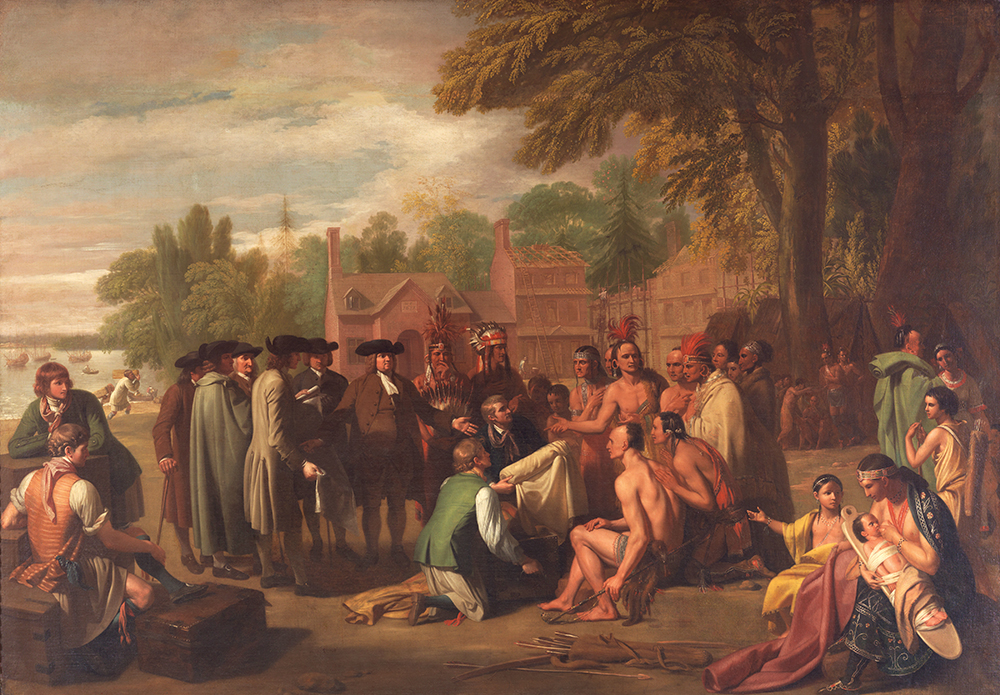 West, known in England as the “American Raphael,” got his start painting primarily portraits, but during his time in London he broadened the scope of his work, showing an aptitude for depicting classical subjects and proving himself a gifted history painter. One of the standout works in the show, says its curator, PAFA president and CEO David R. Brigham, is West’s Penn’s Treaty with the Indians, which portrays a meeting between William Penn and members of the Lenni Lenape tribe. First exhibited at the Royal Academy in 1772, the painting “solidifies the reputation he was staking as a painter of modern history, rather than one who limited himself to classical and biblical themes.”

George III appointed West a charter member of the Royal Academy and then as his official history painter in 1772. Such works in the show as the artist’s portrait of Prince Octavius underscore the king’s support. While West resided in London, many promising American painters studied under his tutelage, including Charles Willson Peale and his son Rembrandt—both of whom, by no coincidence, went on to help found PAFA. Alongside paintings and drawings, West’s letters to PAFA’s founders are on display. According to Brigham, they laid the groundwork for the Royal Academy’s American counterpart through the introduction of key pedagogical principles: “namely, the importance of study from the antique, the annual exhibition, life drawing, and the establishment of a national school of art.”

The exhibition demonstrates the symbiotic relationship between the two academies and of West’s profound impact on eighteenth- and nineteenth-century American painters by including works by Gilbert Stuart, the Peales, William Rush, and others. But West’s reach is perhaps best illustrated through his portrait by Thomas Sully. West stares determinedly at the viewer, as if studying someone for one of his own portraits, while a classical fluted column, a symbol of antiquity—and figures from West’s own painting Christ Healing the Sick—peek out from the background.