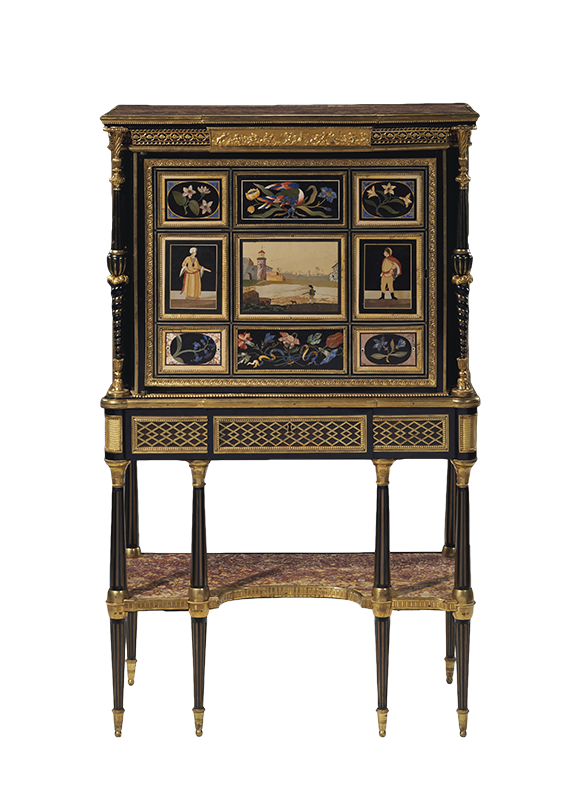 David L. Dalva III was born and raised in New York City. Living across the street from the Metropolitan Museum of art where his mother was a docent, he developed an early interest in art, and he followed his father into the family business, Dalva Brothers, in 1987. His latest greatest find for the gallery was a bergère from the set by Jacques Gondouin for Marie Antoinette’s grand cabinet interior at the Chateau de Versailles, which has been returned to that home, where it belongs.

Jody Wilkie is an international specialist head in the European Ceramics and Glass department at Christie’s, as well as the co-chairman of decorative arts and director of decorative arts for the Americas. A native New Yorker, she grew up trolling the city’s antique shops and auction houses with her younger sister and her father, a French furniture collector.  She has been with Christie’s for over forty years, initially working with sculpture and works of art from medieval to art deco. Her personal love of French decorative art has developed naturally by working on such collection sales as “A New England Collection” (1999 and 2010), “The Pompey Collection” (2002), “White Gold: 18th Century Porcelain From Vincennes and Sevres” (2010), “Treasures of France” (2011) and, of course, the upcoming Dalva Brothers sale (October 22, 2020).