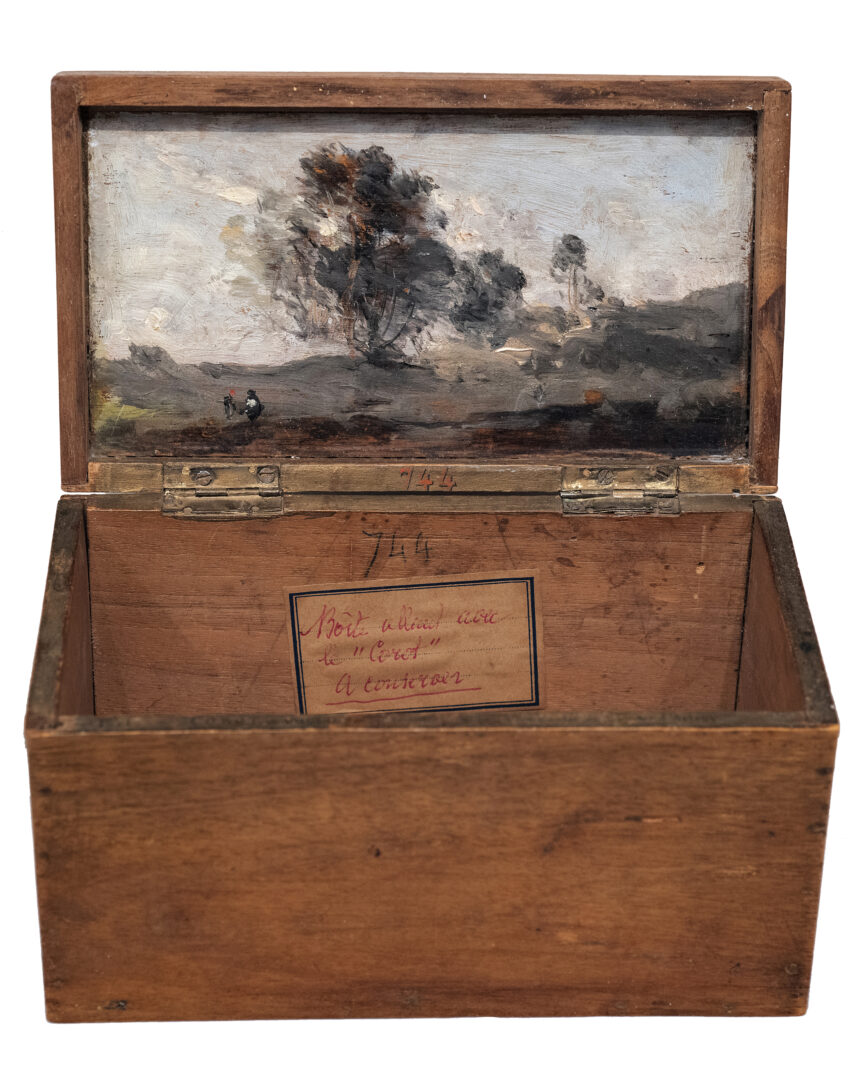 Only nine times in his seventy-eight years did Jean-Baptiste-Camille Corot paint on anything other than canvas, paper, and panel. On one occasion, offended by the crude wooden lunchbox carried by his friend Alfred Robaut, Corot had a new one constructed, which he decorated with a plein air painting, Fraîcheurs matinales (Morning Freshness). It’s a mini-masterpiece made all the more charming by its humble setting, a breezy landscape of trees and hills awash with sunlight and enlivened by one of Corot’s favorite motifs: a flash of red, the hat of a small figure coming over a rise. Host Ben Miller gets the story from the dealer who sold it, Jill Newhouse, and the collector who bought it, Ray Vickers.

Jill Newhouse is the fourth generation of her family to be an art dealer. Her eponymous gallery is located on East Eighty-First Street, across from the Met, and specializes in master drawings of the nineteeth and twentieth centuries. Newhouse was a founding member and past president of the Private Art Dealers Association (PADA), and, since 1999, a member of the Art Dealers Association of America (ADAA), currently serving on the board of the ADAA Foundation. She is a member of the Morgan Library and Museum, and of the Metropolitan Museum of Art’s Visiting Committee of the Department of Prints and Drawings. While focusing on the work of artists from Delacroix, Gericault, and Rousseau to Bonnard and Vuillard, Jill is co-authoring a revised catalogue raisonné of the drawings of J. B. C. Corot.

Raymond Vickers is a retired corporate lawyer.  He and his wife lived for eighteen years in Hong Kong and Tokyo and after a stay in Los Angeles returned to New York City in 2008. They purchased their first serious art object, an early Japanese Imari jar, in 1973. They have donated works of Japanese art to the Metropolitan Museum of Art, the museums of Harvard, and the Freer Gallery.