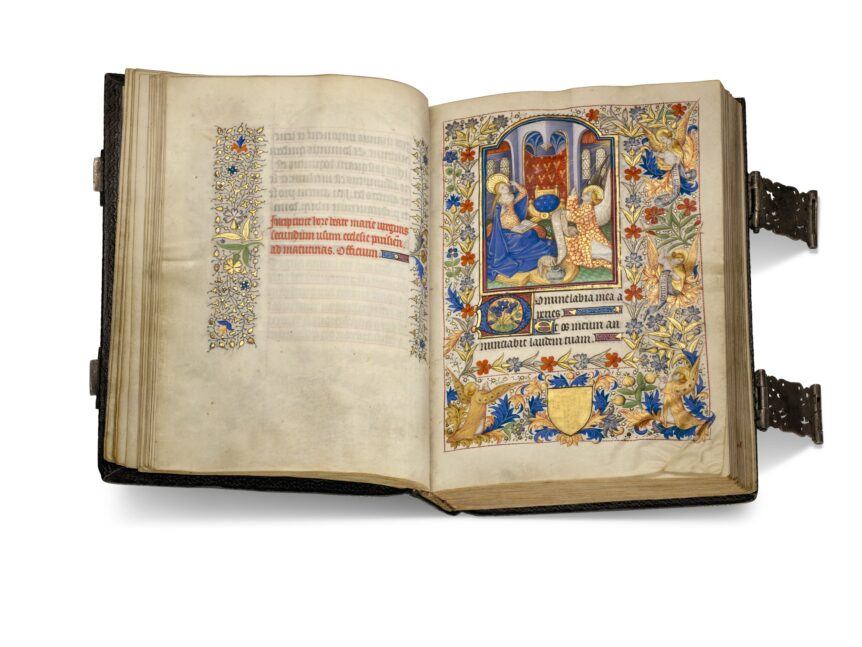 More popular than the Bible: that’s what the richly illustrated volumes known as books of hours—which helped worshipers keep track of each day’s seven canonical prayer periods—were during the Middle Ages. A trove of these objects from the Elaine and Alexandre Rosenberg collection is up for sale on April 23 at Christie’s, and in this special episode of the podcast Ben and Christie’s specialist Eugenio Donadoni zoom in on a particularly opulent example illuminated by the mysterious Master of the Paris Bartholomeus Anglicus.

Eugenio Donadoni joined Christie’s in 2010, where he leads the manuscripts team with responsibility for the appraisal, researching, cataloguing and marketing of medieval and renaissance and earlier western manuscripts worldwide. Born in Florence and raised in Naples, he underwent a radical process of Anglicisation and ended up reading for an undergraduate degree, a master’s degree, and a doctorate at Oxford University. His loyalties are still divided, especially come the World Cup.