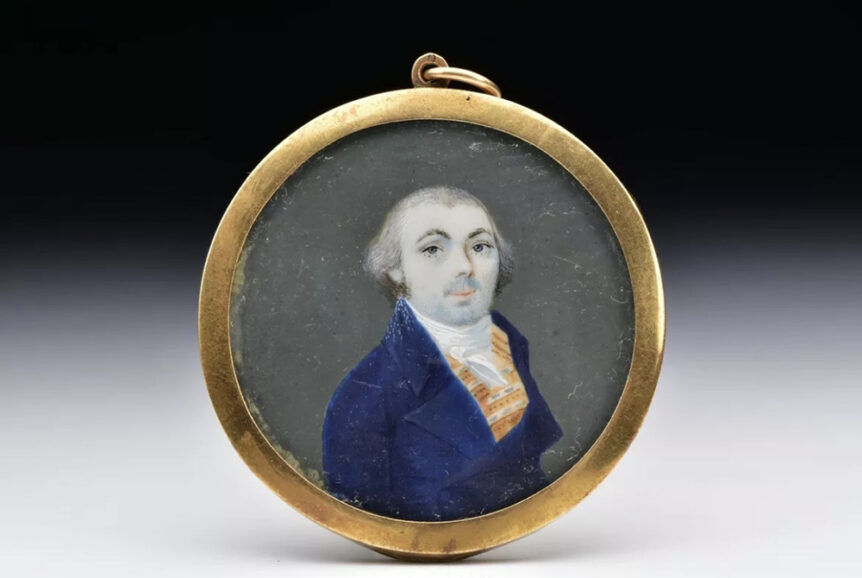 Special guests James Boening (James Robinson, Inc.), Ria Murray (Lillian Nassau), and Taylor Thistlethwaite (Thistlethwaite Americana), joined Curious Objects hosts Ben Miller and Michael Diaz-Griffith in the Board of Officers Room at the Park Avenue Armory during the Winter Show for a live discussion about a sextet of carefully chosen and fascinating objects: a Tiffany favrile glass pig, a silver molinet, a pair of Scottish Highlands pistols, a c. 1770 New York card table, and a portrait miniature from the German school.

You can also watch a video of the event on Facebook!

James Boening is the director of James Robinson, Inc. He joined the firm in 2013, the fifth generation of his family to enter the business. James developed an interest in collecting at a young age. At the age of six, he was gifted an eighteenth century muff pistol by his grandfather. James specializes in antique jewelry and English silver, and is passionate about the artistry, quality, and relevance of antiques in contemporary fashion and decorative design.

Ria Murray’s love of the decorative arts was born over many childhood trips to museums and historic houses with her grandparents, who fostered an early interest in the arts. Murray’s work as the in-house photographer at Lillian Nassau LLC means personally handling objects and learning to isolate the specific design elements that make one piece more important or rare than another. She is currently in the process of obtaining a Master’s Degree in the History of Design and Curatorial Studies from Parson’s, School of Design and Cooper-Hewitt, Smithsonian Design Museum.

Taylor Thistlethwaite established Thistlethwaite Americana in 2013. After purchasing his first antique in his early teens, Thistlethwaite knew there was no turning back; he was hooked! He studied art history at Centre College (where summer internships offered him the opportunity to work with noted scholar and antique dealer Sumpter Priddy III), was awarded a graduate certificate from the University of Virginia, and attended the University of Kentucky’s Historic Preservation Program. He also spent some time with Case Antiques and Auctions in Knoxville, Tennessee.