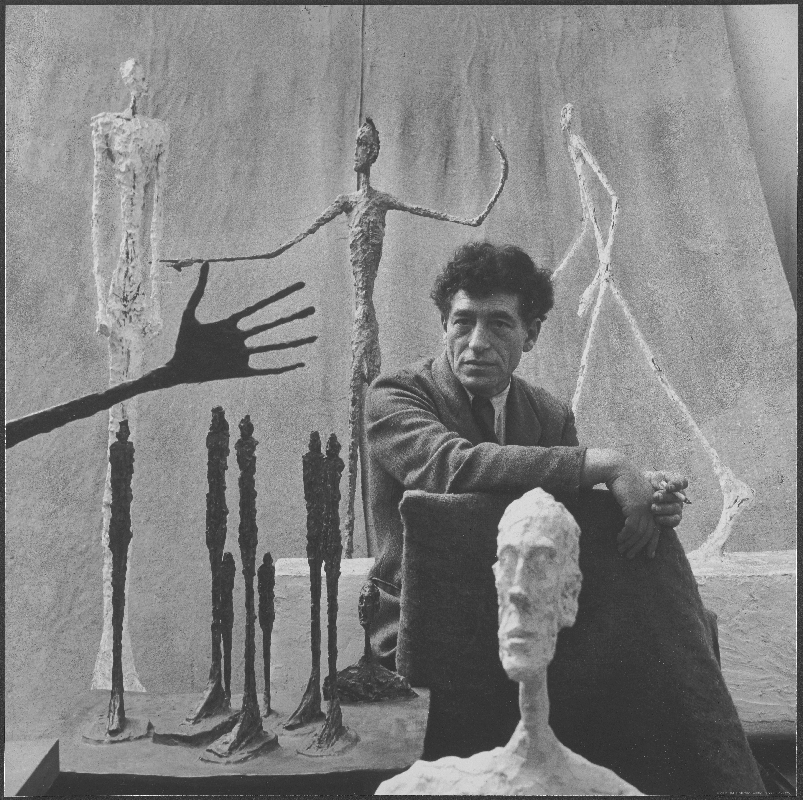 The sculptor Alberto Giacometti began to create the walking, severely attenuated, fragile-seeming figures for which he is best known in the years following World War II. The artworks were a representation of the effects of the trauma that people around the globe endured during the years of conflict: the human form stretched to its very limits. Yet there is also an unexpectedly uplifting message to be found in Giacometti’s sculptures. For all that these figures have suffered, they have still prevailed, and they stride forward with purpose.

Giacometti has never—perhaps oddly, given the city’s outsized influence these days—been the subject of a major exhibition in Seattle until now, with the Seattle Art Museum’s presentation of Alberto Giacometti: Toward the Ultimate Figure. The show, which was organized by the Giacometti Foundation in Paris and made a stop earlier this year at the Cleveland Museum of Art, features more that sixty works of art, including sculptures, paintings, and drawings, with a focus on Giacometti’s exploration of the human form.

Why Giacometti and why now? “Giacometti’s work became a beacon of stubborn and quiet hope against the irrational and devastating turmoil that defined his generation,” says SAM curator Catharina Manchanda. “I see a renewed contemporary relevance to his work as we recognize our fragility following two years of a global pandemic and a new war in Eastern Europe.” Would that Giacometti’s hopeful message will continue to pertain.