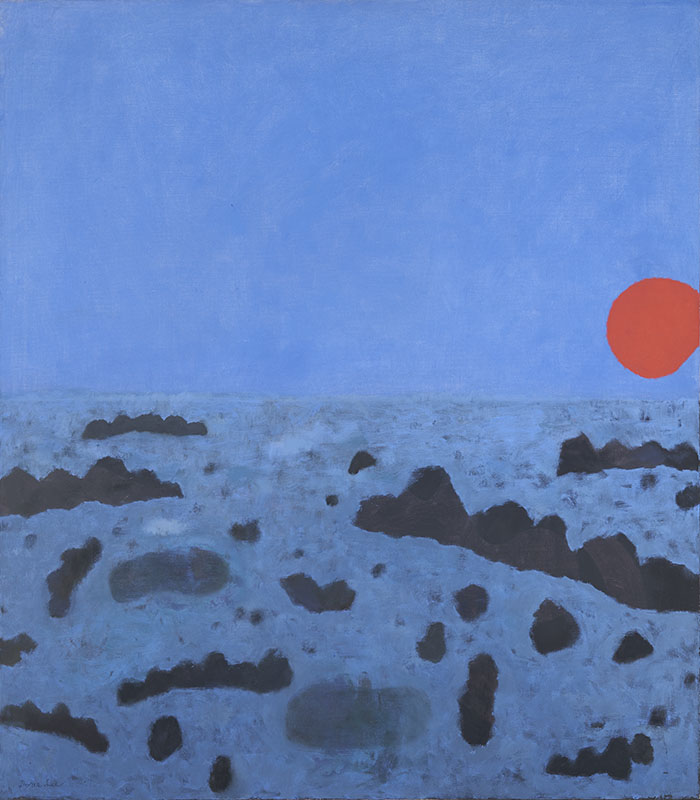 She was Grandma Moses before Grandma Moses. By the time the beloved septuagenarian folk artist from Hoosick Falls, New York, was “discovered” in 1938, the Illinois native Doris Lee had already earned national recognition for her wry and affectionate paintings of scenes from rural American life. In 1935 she won the prestigious Logan Purchase Prize from the Art Institute of Chicago for her bustling kitchen tableau Thanksgiving, and soon after garnered a government commission for murals in the General Post Office in Washington, DC. That decade saw her work snapped up by prominent cultural institutions that included the Rhode Island School of Design Museum, the Metropolitan Museum of Art, and the Phillips Collection. Yet despite such honors and accolades, today Lee and her career are largely overlooked.

A new touring exhibition that debuts in September at the Westmoreland Museum of American Art in Greensburg, Pennsylvania, should help remedy that lapse. Lee certainly deserves renewed attention, for she was far more than a sentimental, one-trick pony of an artist. She achieved a robust and wide-ranging education in art. After graduating from Rockford College (now University) in her home state in 1927, Lee would go on to study as far afield as Paris (twice; once with the cubist painter André Lhote), Munich, Kansas City, and San Francisco, where she was taught by the modernist Arnold Blanch. The two would marry, and settle in New York, where both became leading figures at the Woodstock artists’ colony in the Hudson River valley (see “The Other Woodstock Anniversary” in our November/December 2019 issue).

As an artist, Lee never stopped evolving. From her early paintings such as the closely observed, Thomas Hart Benton-esque April Storm (1932), she moved on to the modern-cum-folk flat perspective of paintings such as The View, Woodstock (1946). In her later decades, while spending more and more time in the Florida Keys, Lee moved on to colorful semi-abstractions reminiscent of Milton Avery, such as Sunset in the Florida Keys.

But in all her work, Lee never strayed far from the milieu of ordinary life, and that is what makes her art and the present exhibition—which will move on to the Figge Art Museum in Iowa, the Vero Beach Museum of Art in Florida, and the Dixon Gallery and Gardens in Tennessee—especially timely today. Lee’s “indulgence in these seemingly simple pleasures, or the deep observation of the mundane activity that surrounds us, permit us to celebrate the everyday,” Westmoreland Museum director Anne Kraybill noted in a statement. “Coming out of the Covid-19 pandemic [knock wood – ed.], it is so important that we all take stock and gratefully embrace the simple pleasures in our own lives.” Well said.