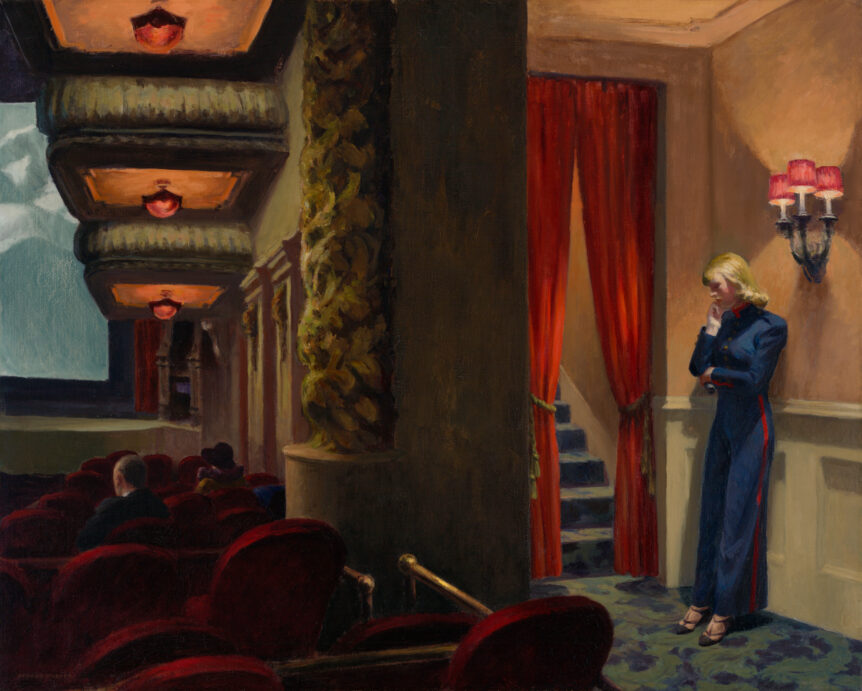 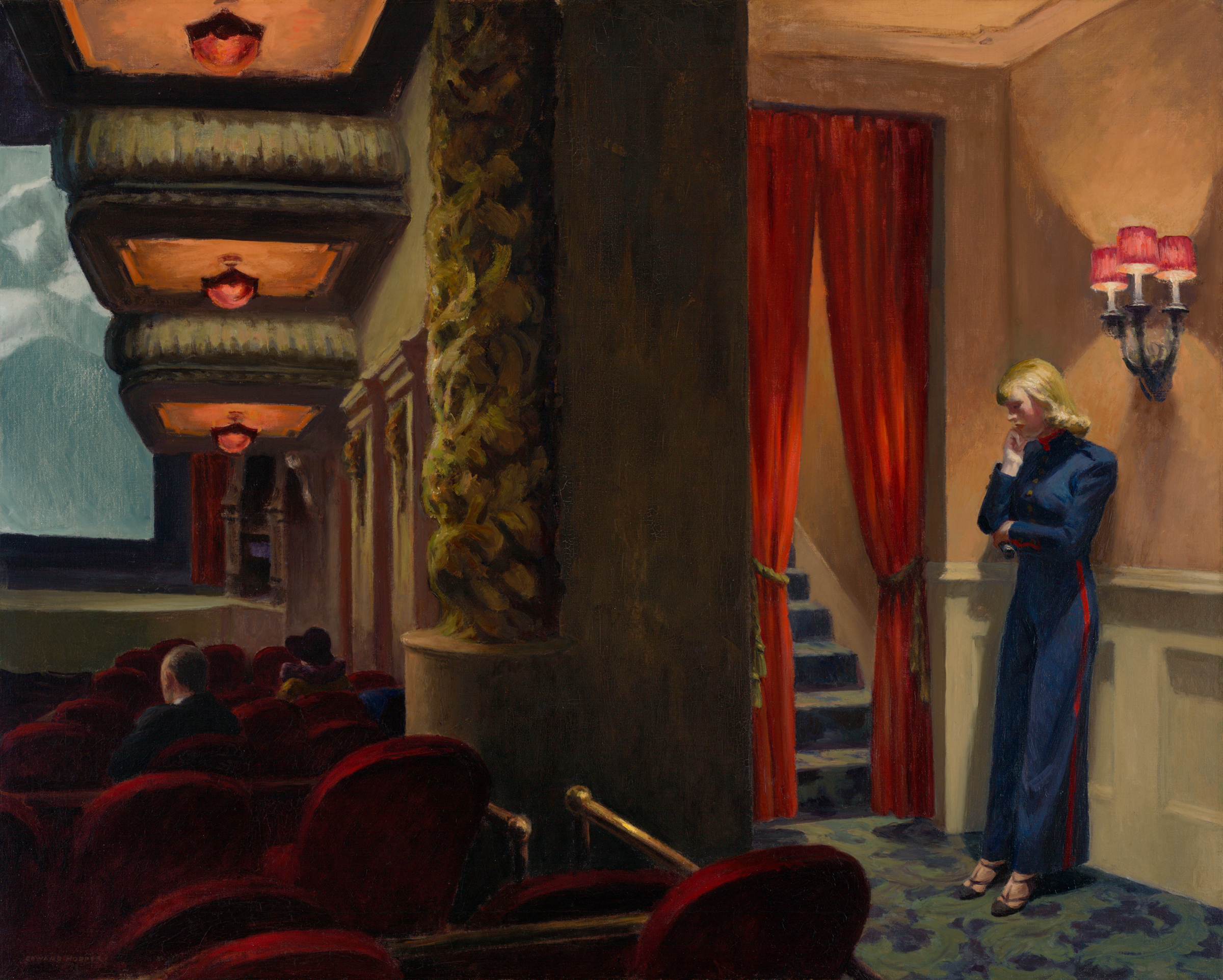 Edward Hopper has a strong claim to being the Whitney Museum of American Art’s favorite artist: an institution within the institution. The Whitney Studio Club nurtured his fledgling career, and, following the establishment of the museum in 1930, Hopper would take part in more than thirty exhibitions there during his life. Today, thanks in large part to the generosity of his widow, the Whitney is the repository of more than three thousand of Hopper’s works, more than can be found at any other institution in the world. Drawing on these holdings, the museum has staged re-exhibitions of his work with cheery regularity, of which Edward Hopper’s New York, examining the artist’s visual handling of his home city through two hundred paintings, posters, notebooks, and sketches, is the latest. 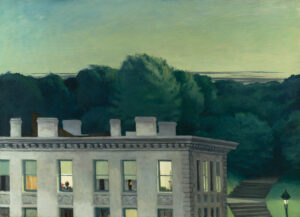 Hopper moved to New York from Nyack, thirty miles up the Hudson, in 1908. He would die there in 1967, in his top-floor apartment/studio at 3 Washington Square North in Greenwich Village. Between those dates the city’s population swelled from some 3 to nearly 8 million; two distinct skyscraper-building booms, as well as the sweeping urban renewal of Robert Moses, remade the city in the image of capital-M modernity. Hopper collected impressions of this world in flux with the avidity of a camera-wielding tourist. There’s an engaging tension between the way that the artist boldly, even haphazardly, cropped his subjects in pictures like House at Dusk and Approaching a City—a technique that played up the jarring juxtapositions between brownstone and high-rise, frenetic ground and tranquil horizon, that were appearing in New York—and the care he took to get the details just right.

Hopper’s penchant for handling New Yorkers like mannequins, shunted to one side or corner of the canvas, or used as poker-faced foils for the cityscape, accounts for his reputation as an artist of urban anomie. But Hopper’s impulse to capture as much of the city as he could implies at least some affection—here was something worth possessing. As he put it, simply, New York is “the American city that I know best and like most.” 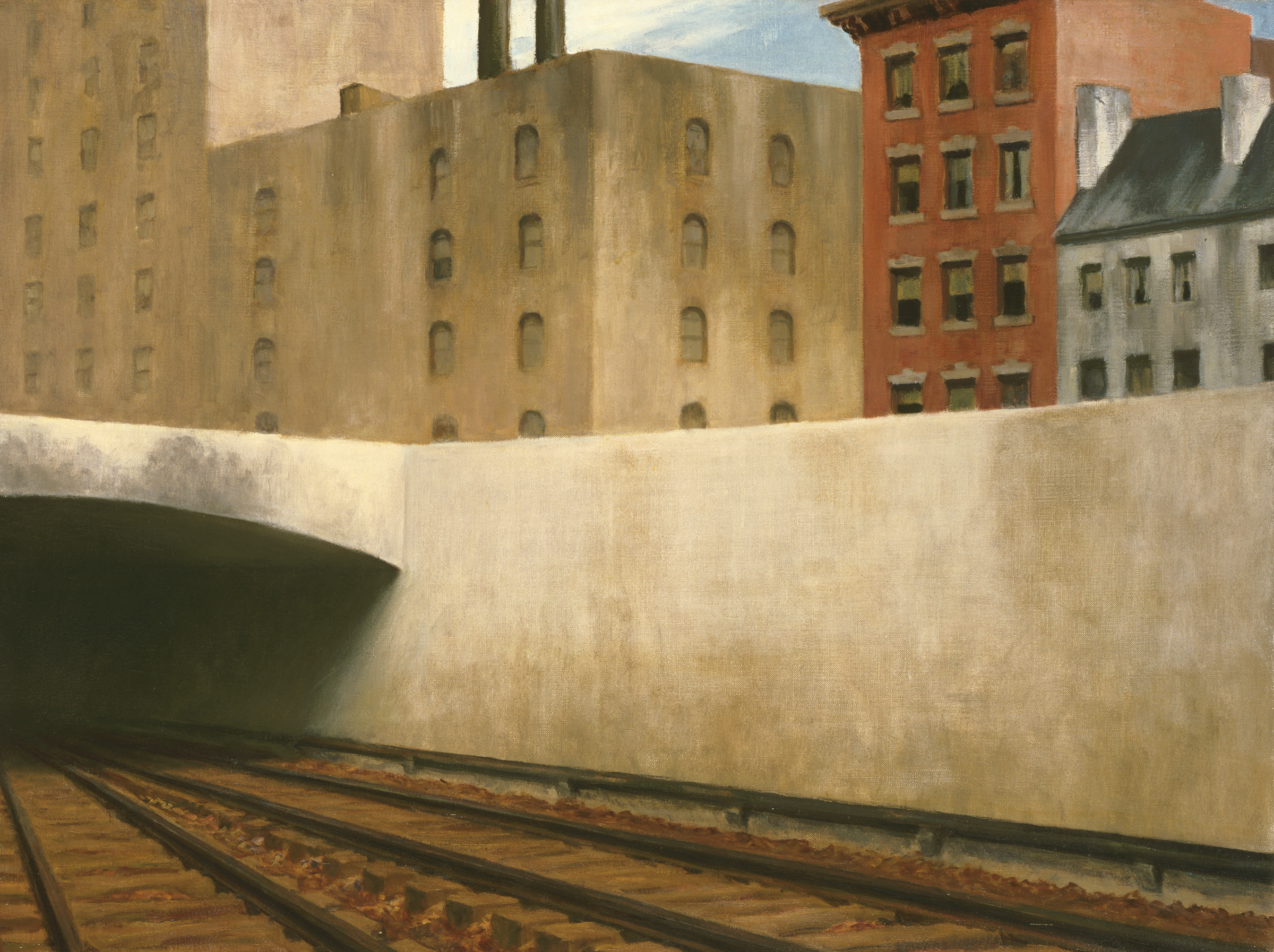