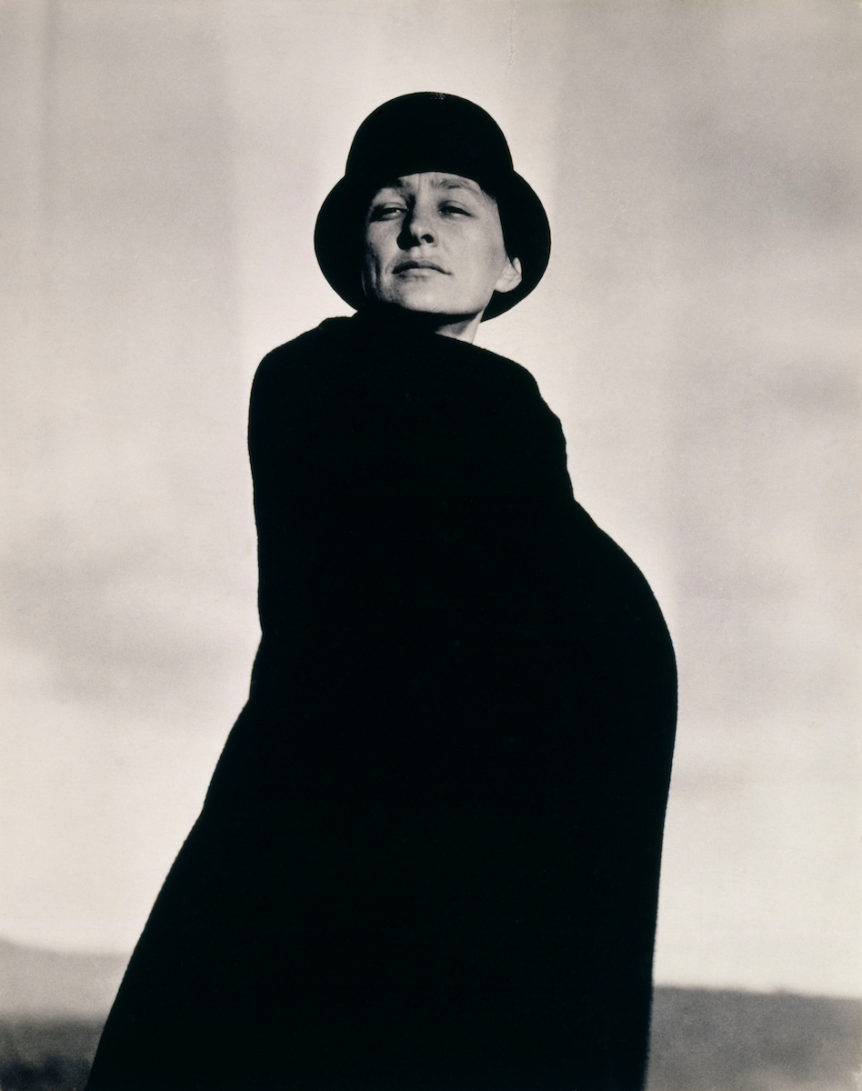 THE INVASION OF THE MODERN: New York’s total immersion week

The audience for modern and contemporary art is now so vast that all the neighborhoods of New York will eventually be called upon to entertain it. Last week the modern phase of the European Fine Art Fair (TEFAF) came to the Park Avenue Armory with 92 dealers exhibiting; Frieze New York set up its giant tent for 200 galleries on Randalls Island in the East River; the excellent Contemporary African Art Fair opened in the once obscure neighborhood of Red Hook, Brooklyn with some 20 exhibitors. So much art to see. Think of it as a giant cocktail party with some guests you will want to avoid and others you are eager to meet though you known the crush will prevent anything like a meaningful encounter. I am not much of an art tourist so after surveying it all I decamped to the Brooklyn Museum for a meaningful encounter with Georgia O’Keeffe.

GEORGIA ON MY MIND

Some truisms are worth repeating: If it were in any other city the Brooklyn Museum would be world renowned for its collections of ancient Egyptian, American (especially native American), European, and Asian art. As it is, it fights for its audience by mounting attention-getting exhibitions on sneakers, sports, and the designs of John Paul Gautier while also doing a superb job with more traditional fare. Salsa nights and Target First Saturdays with free admission the first Saturday of the month for live music, dancing, drink and gallery views also bring in the crowds. Any day of the week it’s a welcoming place with a fine café and a restaurant I really like.

The Brooklyn Museum adjoins the beautiful Brooklyn Botanic Garden which I love for its warmth, human scale, and horticultural variety. A few blocks away Frederick Law Olmsted and Calvert Vaux’s Prospect Park beckons. The museum had all of this going for it way before Brooklyn became a destination for the young and the restless.

I came for Georgia O’Keeffe: Living Modern (until July 23) in the galleries of the Elizabeth A. Sackler Center for Feminist Art, an area of the museum I usually avoid because I do not want to risk a chance encounter with Judy Chicago’s Dinner Party. Should I learn to love the Dinner Party? I would rather swallow a worm. I was careful up there on the fourth floor but I did make a wrong turn and found We Wanted a Revolution: Black Radical Women 1965-85, a grand exhibition of prints, sculpture, clothes, and paintings by artists both familiar to me, Elizabeth Catlett, Faith Ringgold, Lorna Simpson and not, Maren Hassinger, Lorraine O’Grady.

I was glad for the detour. It made a good prelude to another revolution, the one O’Keeffe waged alone beginning at a very early age. Photographs by Alfred Stieglitz and many others eventually made her image indelible but she was the one who crafted that armored style to begin with. How early? Her yearbook photo from the Chatham Episcopal School in Virginia, 1903 has a verse beneath it that describes her thus:

“A girl who would be different in habit, style, and dress
A girl who doesn’t give a cent for men—and boys still less”

She was sixteen. From this beginning the exhibition intersperses a wide and well-chosen selection of her art with the clothes she made or had made in a chronological tour of her work and life. I don’t particularly warm to the priestly garb but I do admire the woman who arrived at it as an essential part of doing the almost impossible: creating art and an image that was unassailable. If this show were just about the clothes it would be one more version of fan fetishism. It is far more intelligent than that.

There are dozens of photographs of Georgia O’Keeffe here by photographers from Cecil Beaton to Bruce Weber to Annie Leibovitz. The camera loved her; she told it what to see. Rarely smiling, she controlled the lens as she controlled her clothes and everything to do with her art. Take a look at the rules for the reproduction of her works and you will see how the hand from the grave continues to exert its mastery. That, as this exhibition suggests, is what it took to be Georgia O’Keeffe.

The exhibition will be at Reynolda House Museum of American Art in Winston-Salem, North Carolina from August 25-November 19. It opens at the Peabody-Essex Museum in Salem, Massachusetts on December 16 and closes there on April 1, 2018.

Across the river and through the canyons there is a popular exhibition of the photographer Irving Penn at the Metropolitan Museum of Art, Irving Penn: Centennial (until October 30). There are no Irving Penn photographs of O’Keeffe here which does not surprise me. Penn’s camera took charge of its subjects. His was an “an eye that knew what it wanted to see,” his collaborator Alexander Lieberman once said of their work together at Vogue. Penn was an artist but he initially entered art through the side door of fashion photography which meant… photographing women. To raise the status of fashion photography to art he and Lieberman had to release women from the bondage of good manners and create something new. I’m not sure they didn’t create a new form of bondage but you had to admire the daring of “Girl with tobacco on tongue,” or “Girl drinking,” both of Mary Jane Russell, a favorite model.

I would recommend Passage, the 1991 book of Penn’s photographs with Lieberman’s introduction for a broader sense of his voyage into art. Once he had arrived at his portraits of postwar celebrities such as Stravinsky, Duchamp and Joe Louis each wedged into a tight corner in his studio, his obsessive vision never relented and people from Peru to Paris, objects from cigarette butts to tulips were brought to heal. It all began with women, something to consider.

I leave you with this anecdote: In the early 1980s when I was an editor working on the revival of Vanity Fair magazine my idea of celebrity ran to figures like Carlos Fuentes, Milan Kundera, and my friend Philip Roth. No wonder Condé Nast had to bring Tina Brown in to hot things up. But before that happened Philip did become a cover subject and I was asked to accompany him to Irving Penn’s studio for his portrait. “What happened to us,” he asked me in the elevator, “we used to be so pure.” The laughter stopped in the studio as assistants marshaled by Penn stationed Philip on a small metal chair. The camera clicked on. Several shots later Penn had one of his assistants turn up Philip’s collar. More clicks. As the elevator door shut on the way down my friend had this to say: “I haven’t turned my collar up since sophomore year in high school. You’re in charge of making sure they don’t use that shot.” So why, I asked, didn’t he object at the time. “Well,” he explained, “once they get your panties down, it’s hard to keep them from going farther.” The collar shot was not the one that ran but the metaphor stays with me.