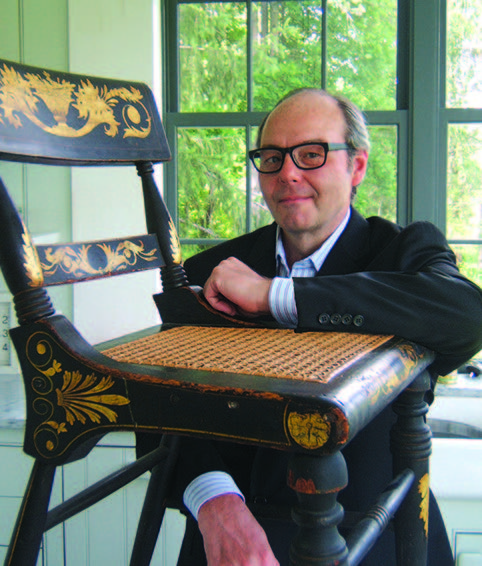 “Magazines are ephemeral, timely at the expense of timelessness. They evanesce. Each new issue displaces the last; a magazine molts,” historian Jill Lepore wrote in the New Yorker a few years ago, adding: “Magazines change or die; they are very rarely long-lived.”

Lepore’s topic was the legendary feud between Henry Luce, the founder of Time magazine, and Harold Ross, the first editor of the New Yorker. Those two publications are among the exceptions to Lepore’s dictum on the lifespan of periodicals. The Magazine ANTIQUES is another. Time and the New Yorker, it should be noted, are our younger siblings in the world of publishing. The former first appeared in 1923; the latter in 1925. This issue marks the one-hundredth anniversary of the debut of ANTIQUES in January 1922.

More than survive, ANTIQUES has prevailed. Today it remains, in print and online, a popular—indeed, a beloved—source of information and enjoyment for collectors and art lovers everywhere. A century of journalistic success stems in no small part from the fact that, from the beginning, ANTIQUES has strived to be an authoritative and trusted resource for collectors, museum curators, and other scholars of the fine and decorative arts. Over the decades, the magazine has served as a platform for new discoveries and fresh research in the arts, and, on the odd occasion, offered an arena for lively academic debate. Today, many scholars keep the entire back catalogue of ANTIQUES on hand for reference—as do a surprising number of casual readers.

Another noteworthy contribution by ANTIQUES over the long course of its existence has been to build and nurture the art and antiques trade. The magazine has been a principal vehicle for fostering and broadening a wider interest in historical art and design. ANTIQUES and the antiques market grew up side by side, and continue to thrive in harmony. Advertisements that have appeared in the magazine are themselves valuable documents, and are used by scholars, gallerists, and dealers alike to trace the pedigree and provenance of innumerable paintings, pieces of furniture, silver services, ceramic wares, and more.

As Lepore noted, magazines must evolve or perish. ANTIQUES’ founding editor, Homer Eaton Keyes, knew it. Later in these pages, Elizabeth Stillinger will tell you all about Keyes, a remarkable man of parts—a scholar, a visionary editor, a financial whiz, a bit of a gourmet, and a prolific (if somewhat florid) writer. In our next issue, Stillinger’s article will continue with the story of Keyes’s successor, Alice Winchester, who did much to expand ANTIQUES’ reach and relevancy, while she embraced new fields of interest such as folk art and historic preservation. Winchester passed the baton to the esteemed and affable Wendell Garrett, who gave the magazine a public face. His proteg e and successor as editor, Allison Eckardt Ledes, increased coverage of the fine and decorative arts of Europe, Asia, and the twentieth century.

As only the sixth editor in ANTIQUES’ history, I stand on the shoulders of giants. My feet are directly planted on those of the fifth editor, Elizabeth Pochoda. Betsy has been a friend and a mentor through much of my career in journalism. She is a person of piercing intelligence and nuanced sensibilities, and is herself a scholar, though one who wears her learning lightly. At ANTIQUES, she welcomed stories about artists, makers, and communities that previously the magazine had largely ignored or neglected. Betsy gave the magazine something earlier editors might not have realized it needed: a social conscience.

ANTIQUES will, as it must, continue to change and grow—seeking out new voices, viewpoints, and vistas. There is always more to learn and explore. As the dubious miracle that is digital technology offers us ever more ways to tell our stories, we can share the knowledge and the passion of those who study and collect the arts with new audiences. When I think about the ultimate mission of ANTIQUES, my mind is drawn to the Sankofa bird, a West African symbol mentioned in this space a while ago: a depiction of a bird that is looking back even as it walks forward. Its meaning is that we can’t know where we’re going without understanding where we’ve been. At ANTIQUES, as in life, the past is always present, and informing the future.