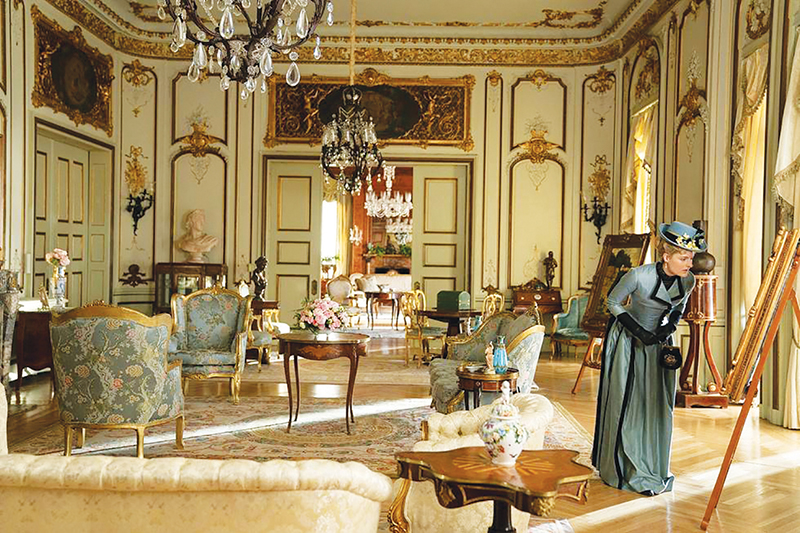 Have you been watching the new HBO series The Gilded Age? As a reader of this magazine, you really should. You will eat it up.

More than ten years in the making, The Gilded Age is the brainchild of Julian Fellowes, the creator of Downton Abbey. The characters in the new show, which opens in the New York City of 1882, are arrayed in the same upstairs/ below stairs format. The engine driving the plot is snobbery. A family of the old Knickerbocker aristocracy, which lives in a staid brownstone town house off Fifth Avenue, is mortified by the presence of New Money—a railroad tycoon and his socially ambitious wife—in their newly built palace (designed by Stanford White, no less) across the street.

While I’m no drama critic, I’ve enjoyed the performances of Christine Baranski and Cynthia Nixon, playing members of the Old Guard, and Morgan Spector and Carrie Coons, as the arrivistes. I even enjoyed Nathan Lane’s hammy turn as social arbiter Ward McAllister. The Gilded Age is not without faults: there are a few anachronisms, and the show tiptoes around the enormous economic disparities that beset the era (as they do our own).

Still, come for the story and the acting, but stay for the costumes and sets—hats, bustles, and tufted chairs galore. The homes of the wealthy are decorated with swag curtains and passementerie by the bushel; they feature ornate plaster wall moldings and coffered ceilings; they are lit by gas lamps. The Old Guard favors John Henry Belter– style furniture and Hudson River school landscapes, while New Money goes for Louis—Quinze and Seize—furnishings and French impressionist art. The relative architectural merits of White, Richard Morris Hunt, and the Romanesque revival style of George Post are discussed. One plotline centers on a box carved by Grinling Gibbons. And, in my favorite scene, a trio of characters visit the torch-bearing hand of the Statue of Liberty on display in Madison Square Park.

If you’re not watching The Gilded Age, start now.

My last editor’s letter contained tributes to the five eminent women and men who have preceded me at this post. In this edition, I would like to salute—or, perhaps better: genuflect to—a person who has been integral to the long life and success of our magazine: Eleanor Gustafson. Beginning in 1972, Eleanor spent her entire working career at The Magazine ANTIQUES, the last ten years as Executive Editor. Though officially semi-retired, she still helps us out enormously with scrupulous editing and proofreading, and still writes the Endnotes column that appears on the final page of each issue. Eleanor is listed now on our masthead as Consulting Editor, but a more appropriate title might be Keeper of the Flame. She is our institutional memory; she makes certain that ANTIQUES adheres to our high standards for accuracy and scholarship—for example, Eleanor ensures that the endnotes that accompany many articles will actually be useful to future researchers—and she helps us stick to our time-honored stylistic and formatting practices. (Thanks to her sharp eye, the word “gift” shall never be used as a verb in our pages.) As much as does the magazine’s staff, readers, too, owe Eleanor their admiration and a debt of gratitude. Thank you, Eleanor, for all you have done, and continue to do, for ANTIQUES. Bravissima!