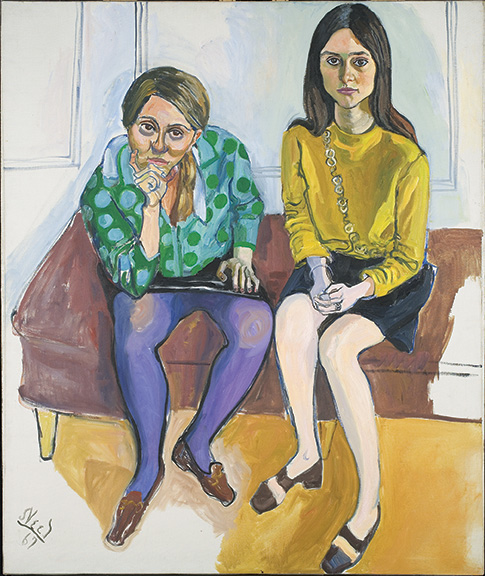 New England is chockablock with exceptional academic art museums, from the Yale University Art Gallery to those at Colby and Bowdoin Colleges in Maine. A lesser-known gem that has recently taken on new sparkle is the Davis Museum at Wellesley College, designed by Pritzker Prize–winning architect Rafael Moneo in 1993, where a nearly three-year reinstallation of the collection has just been completed. As art has been at the core of liberal arts learning at Wellesley since the college’s opening in 1875, we asked Lisa Fischman, the museum’s director, to share her thoughts about this transformation. She writes:

Wellesley founders Henry Fowle Durant and Pauline Durant made sure that original works of art lined the corridors and galleries of College Hall, the school’s magnificent first building, and they complemented authentic works with scores of study photographs and plaster casts from antiquity, de rigueur study aids of the late nineteenth century. College Hall was destroyed in a fire in 1914, in the middle of the night, but students formed a brigade in their nightgowns, hand-passing treasures to safety; what we have from that earliest collection is thanks to them.

Two Boeier Yachts Close in to the Shore with a Flagship Coming in to Anchor by Willem van de Velde I (1611–1693), c. 1650. Davis Museum, gift of Strafford Morss in memory of his wife, Gabrielle Ladd Morss (Class of 1958)

Artist and scholar Alice Van Vechten Brown arrived at Wellesley in 1897, and by 1900 had established the country’s first art history program; by 1911 she’d added the country’s first course in museum training. Brown developed the now legendary “Wellesley method,” which trained students in close visual analysis of works of art—enhanced by an applied “laboratory” component that offered hands-on training in techniques of art making.

In 2013 I asked our great team of curators to dig into the Davis collections, to bring their expertise to bear toward a reconsideration and reinstallation, and we invited outside specialists to weigh in, too. Over the course of these investigations we discovered objects long stored and forgotten that will see the light of day for the first time. Among them is an extraordinary “pen painting” by Willem van de Velde the Elder, perhaps the best example of his work in an American museum. It was languishing in storage, hidden by deeply discolored varnish…which turns out to have preserved the surface in pristine condition.

Overall, we’ve more than doubled the number of objects on view. The new galleries are organized fairly traditionally, by geography and chronology, but we’ve interjected and disrupted the expected narratives along the way. For example, we’ve put to use the interstitial spaces provided by the central staircase for surprising encounters; on three levels, portraits of women—including Alice Neel’s Wellesley Girls—overlook the galleries. Theirs is the female gaze in action.

Probably the biggest challenge was the reinstallation of the Antioch floor mosaic, which was given to Wellesley in 1936. For some twenty years, it hung in a niche on a wall of the Davis, where visitors could only appreciate it at a distance. After two years of planning, a specialist team of engineers, conservators, and art handlers has now reinstalled it in its more proper orientation on the floor.

Art classes have always used the Wellesley collections, but today’s Davis is increasingly cross-disciplinary, with departments as diverse as Spanish, history, philosophy, English, American studies, religion, and biological sciences, among others, finding inspiration in our holdings. Prompted by a course on the art and architecture of New England, one student intern undertook research on the American silver in our collection, finding great stories about silver made by women.

Visitors are always welcome at the museum. And students who’ll be happy to discuss their projects are to be found there virtually every day.