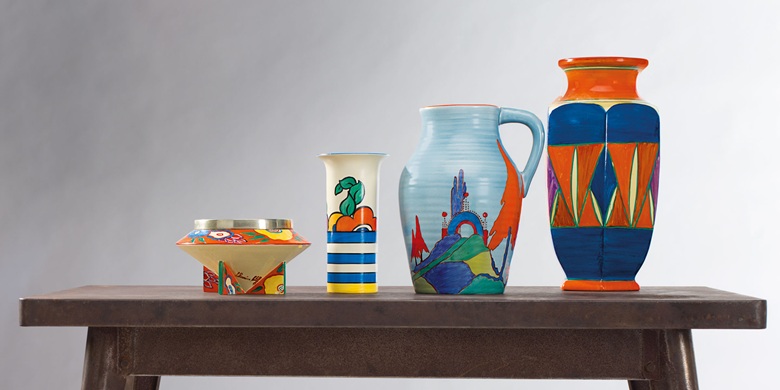 Autumn is an ideal time for a visit to the Corning Museum of Glass in New York’s Finger Lakes region. As the leaf-changing season peaks, an equally dazzling display awaits inside, where daily glass-blowing demonstrations draw crowds so transfixed that they forget to Instagram the experience. Corning’s permanent collection galleries hold glass vessels, lighting fixtures, jewelry and even furniture dating as far back as Mesopotamia and Ancient Egypt. Glass treasures like ancient Roman cage cups are miraculous to behold in their finished state, but the chance to watch glass being formed into a decorated cup or vase, deftly, quickly, and seemingly without fear, is unforgettable.

This form of entertainment isn’t new. The exhibition “Curious And Curiouser: Surprising Finds From the Rakow Library” features a fascinating selection of ephemera and documents recording the history of itinerant glassmakers, a rare breed of entertainer who drew crowds for centuries. Evidence indicates that at least as far back as the seventeenth century glassmakers showed off their skills for crowds in Poland and Great Britain, starting with lampworking demonstrations. During the industrial revolution, mechanical marvels like glass steam engines were popular, and glassmakers would perform at world’s fairs, amusement parks, and museums throughout the world. “Curious and Curiouser” is on view in the Rakow Research Library, Corning Museum of Glass, through February 17, 2019.

At Phillips auction house in London, a September 20th design sale brings together works by a familiar trio of postwar masters: ceramists Lucie Rie and Hans Coper, and the weaver Peter Collingwood. Collingwood and Coper had a two-person exhibition at the Victoria & Albert Museum in 1969. Coper and Rie famously shared a studio, starting in the late 1930’s when Coper emigrated from Germany to England. Coper’s work was deeply inspired by Bronze Age Greek figures, and his ‘Cycladic’ pots were multi-part vessels with almost-discernible resemblance to the human form. Rie was decidedly a vessel-maker, but her bowls were unlike those of Bernard Leach, who dominated British ceramics in the middle of the twentieth century. Eschewing a naive or rural style, Rie crafted achingly delicate bowls incised with lines and rings of brilliant color, often using a golden manganese wash to effect a subtle shimmer. One eye-catching standout in the Phillips sale is unusual because of its rare color: a brilliant green bowl with a golden rim, made in 1980, and estimated at £40,000 – 50,000.

Back in August, Christie’s held an online auction of ceramics by the English art deco-era designer Clarice Cliffe from the collection of André Aerne. Like Rie, Cliffe is a major female figure in the history of British ceramics. Unlike Rie, Cliffe was head over heels in love with pattern, and her designs—which are collected today by the likes of Anna Wintour and Whoopi Goldberg—have an unmistakable, saturated color palette enlivened by vibrant Jazz Age forms.

Born in 1899, Cliffe grew up poor in England’s pottery epicenter, Staffordshire, and went to work in a commercial pottery at the age of 13. Unlike most young female factory workers, Cliffe viewed her work as the beginnings of a profession, and took the unusual step of moving to another factory, A.J. Wilkinson’s, several years later. Here, she took it upon herself to learn every aspect of the production process, and the factory chief, Colley Shorter, sent her first to the Royal College of Art and later to Paris to study contemporary design. When she returned, she was given her own studio at the company, with a team of women working under her decorating her line of ceramics, which was named Bizarre Ware, perhaps an allusion to an exotic “bazaar.” Her dinnerware sets and coffee and tea services feature bold, geometric art deco shapes and large swaths of hand-painted glaze—ceramics that were totally unlike the ubiquitous pastoral transferware that dominated English domestic pottery. Cliffe was inspired by cubism and De Stijl, yet her creations were popular and accessible. The factory held painting demonstrations and arranged for high-profile Britons to be seen shopping for Bizarre ware in department stores. Before long, Cliffe, who signed her wares and established a personal brand, was a well-known designer in her own right. Her work can be found in the collections of the Metropolitan and Victoria & Albert Museums, and has set high prices at auction. The record figure is £39,950, fetched by a charger sold at Christie’s in 2003.