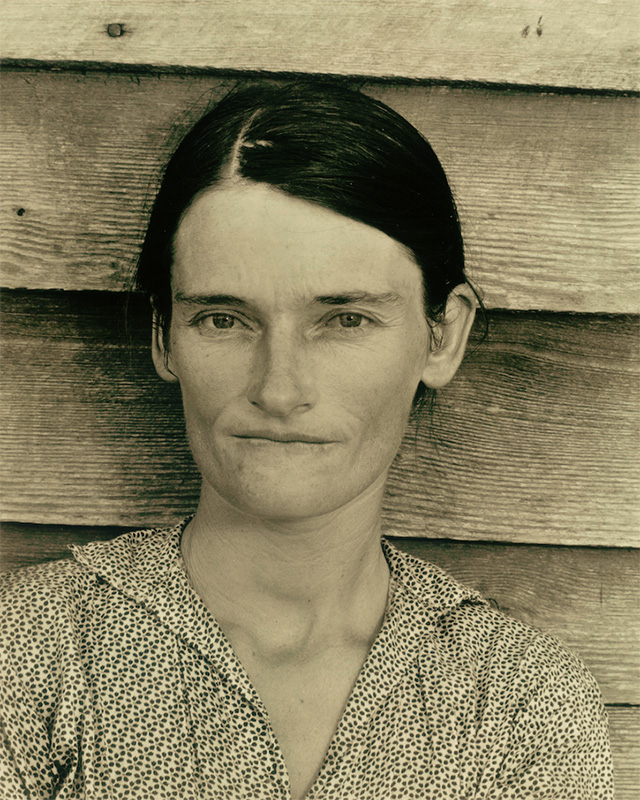 In response to the Great Depression, the Roosevelt administration created public works programs that brought jobs to millions, including artists. To document a visually distinct American aesthetic, the Works Progress Administration established the Index of American Design—now housed at the National Gallery of Art—resulting in a catalogue of more than eighteen thousand watercolor renderings of American folk art from the colonial era to 1900. Separately, the Farm Security Administration aimed to document citizens living in rural areas, employing eleven photographers—including Dorothea Lange, Gordon Parks, and Walker Evans—with the goal of “introducing America to Americans.”  These artists captured rural America at its lowest and created a visual narrative of the Great Depression.

As part of their Photography + series, the Art Institute of Chicago is examining the influence of photography and folk art on American culture in the Depression years by bringing together FSA images and folk artifacts emblematic of those painted for the Index. Elizabeth Siegel, co-curator of the exhibition and curator of photography at the institution says that the idea for the exhibition emerged after a realization that “documentary photography and folk art share remarkably parallel trajectories in the 1930s. . . . Although they are seemingly disparate artistic areas, both represent attempts to define American visual identity.”