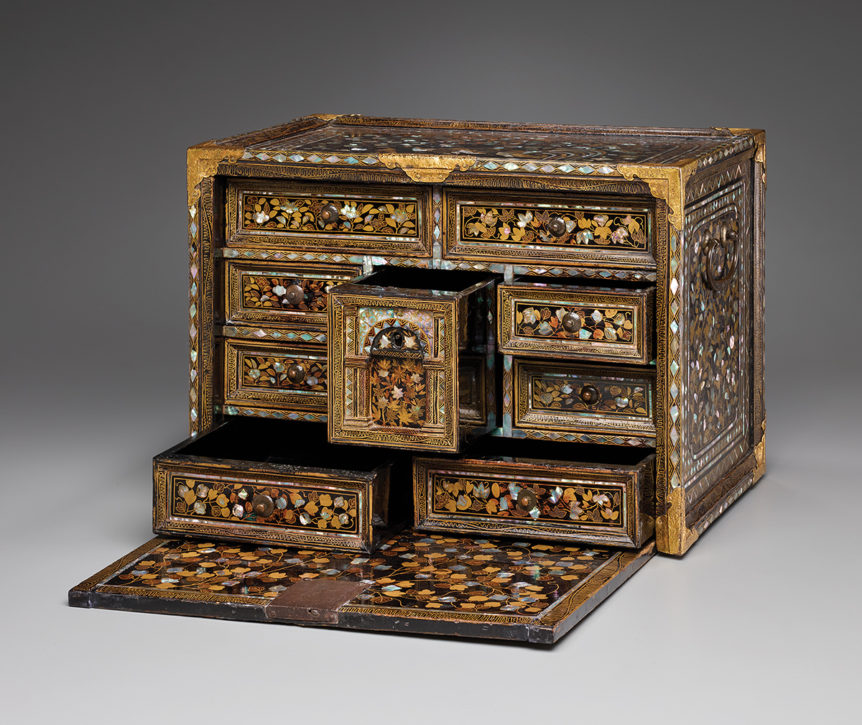 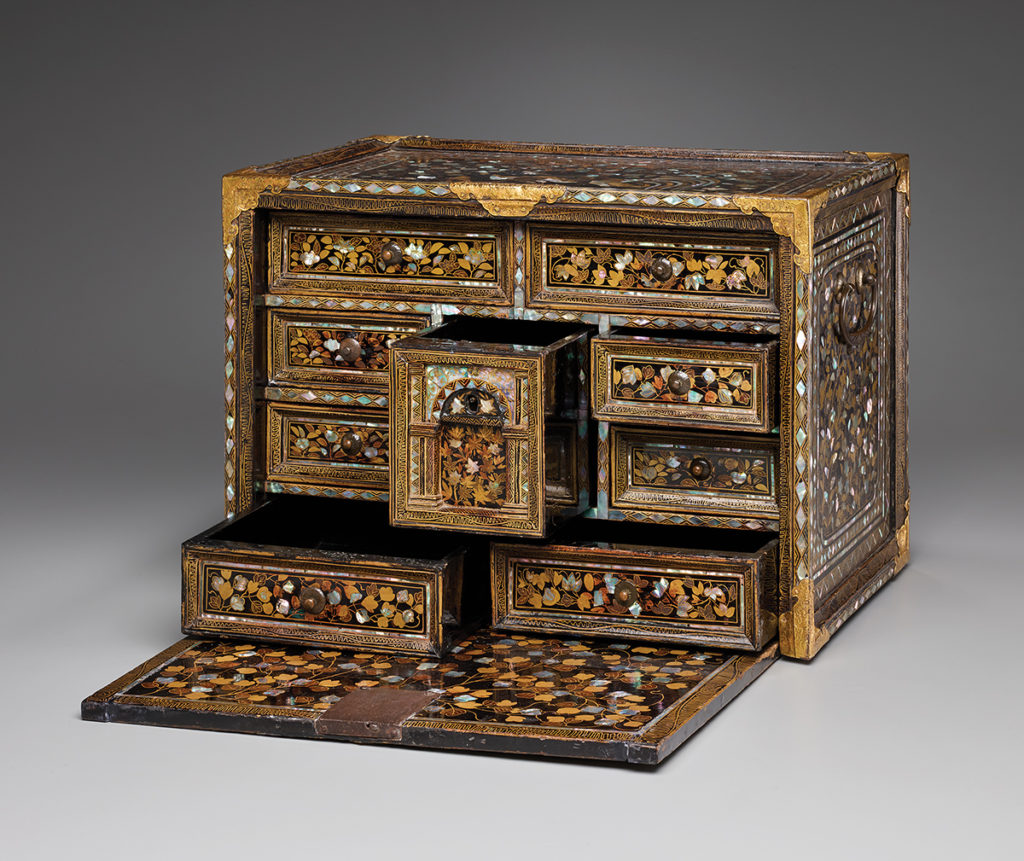 Fall-front cabinet with flowers and birds, late sixteenth century. Yale University Art Gallery, purchased with a gift from the Japan Foundation Endowment of the Council on East Asian Studies and with the Leonard C. Hanna Jr., Class of 1913, Fund.

Beginning in the 1590s and throughout the following century, Japanese artists often decorated folding screens with depictions of the arrival of European explorers, sailors, traders, and their tall ships. These Nanban screens reflected Japanese curiosity about the new foreign visitors, and marked the beginning of an artistic and technological interchange with the West. Yale University Art Gallery has brought together two dozen objects connected to the rich cultural history of that maritime trade for an intriguing show: Japan’s Global Baroque, 1550–1650, running from February 23 through May 21. The exhibition includes a stunning pair of Nanban screens filled with details such as a small dog scampering beside a procession of dignitaries. Some of the smaller, portable objects on show were intended for trade, while others were luxury items meant to be used at home. A fall-front cabinet decorated with flower and bird motifs is a fine example of the intertwining of East and West. Modeled on a European writing desk, the piece is finished with layers of Hinoki cypress lacquer, black lacquer, and a sprinkling of gold lacquer. With its glittering ornate patterns, the cabinet would have been highly prized domestically, but also sought after by Westerners fascinated by a Japan newly joined to the global community.