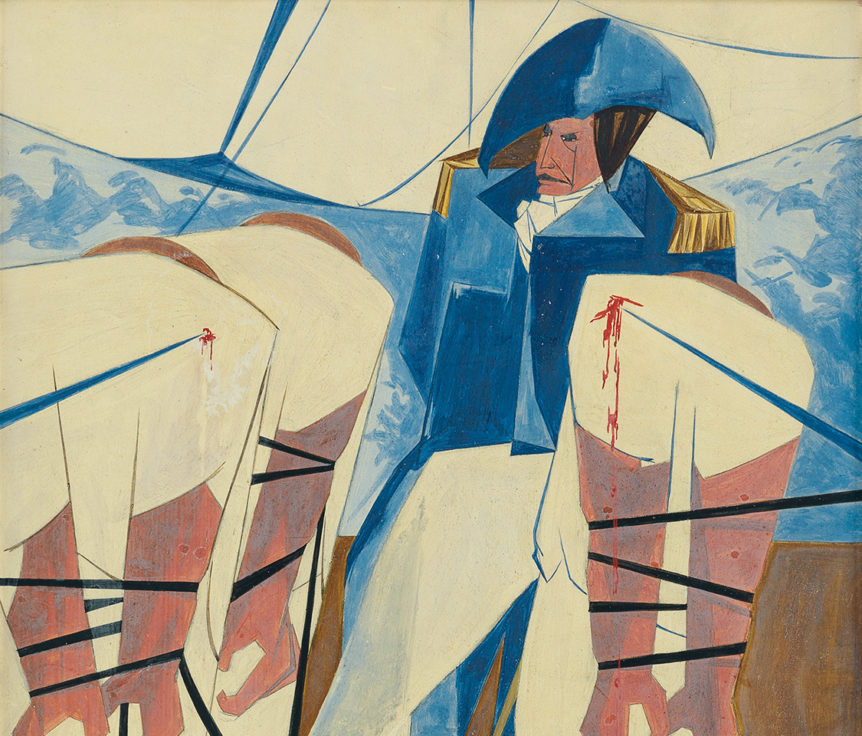 A missing panel from Jacob Lawrence’s 1954–56 historical narrative series Struggle . . . From the History of the American People—one of five from the series whose whereabouts have been unknown to scholars for nearly sixty years—has reappeared. The painting, number 19 of the thirty-panel set, will be auctioned on April 5 at Swann Galleries in New York City. The 16-by-12-inch egg tempera on hardboard painting—which depicts a scene from a naval incident that helped precipitate the War of 1812—carries a presale estimate of $75,000 to $100,000. 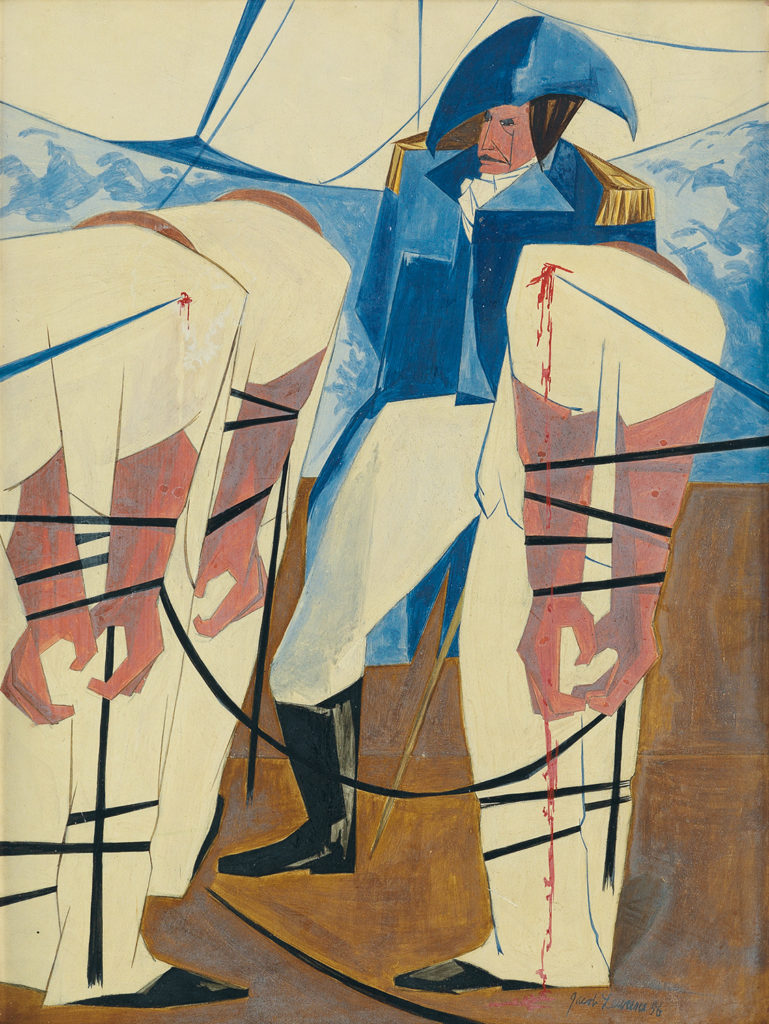 “This means everything. It brings us one step closer to making this series whole again—the goal of our research,” says University of Virginia art historian Elizabeth Hutton Turner, whose 2017 article in The Magazine ANTIQUES outlined the making of the Struggle series and its unfortunate history. As Turner described, the series was purchased intact from a New York art gallery in 1959 by a Long Island collector, who then sold off the panels piecemeal over the following decades. Five ended up in museum collections, the rest in private hands. Turner speculates that the owners of the missing paintings may be unaware that their Lawrence panel is part of a series.

Such was the case with the recently discovered artwork. Nigel Freeman, head of the African-American Fine Art department at Swann, explains that the current owner purchased the painting from a Sarasota, Florida, estate sale last year, and had no idea that it was a piece of a larger Lawrence project. Freeman found the then-missing panel represented by a black-and-white photo in the Lawrence catalogue raisonné published by Peter Nesbett and Michelle DuBois in 2000. “His historical series define Jacob Lawrence’s contribution to American painting,” Freeman says. “It’s exciting to be a part of discovering a missing piece to one that was broken up.” 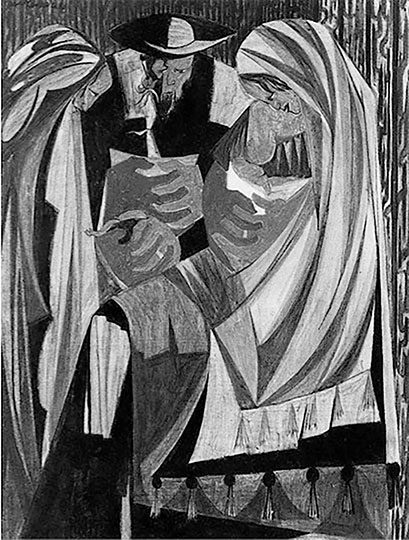 The Struggle series was Lawrence’s last historical narrative sequence of paintings. Its thirty panels illustrate signal moments from the early decades of the republic, from the start of the American Revolution to the dawn of the Jacksonian era. His theme, Turner says, was the enormously difficult, often painful, and still ongoing American “project to build a more perfect union for all its citizens.” Panel 19—which depicts a British naval officer interrogating three bound and bleeding captives—is based on an 1807 incident in which American sailors were seized by the British from the USS Chesapeake. The episode was cited by President James Madison as a casus belli of the War of 1812.

After an inscription written in pencil on the painting’s verso, Swann is selling the work with the title 19. Tension on the High Seas – June 22 – 1807. American Sailors of “The Chesapeake” Captured by the British. The Lawrence catalogue raisonné, in contrast, gives a title—derived from notes on the original exhibitions of the Struggle series—incorporating a quotation from Madison’s address to Congress in June of 1812. The seeming discrepancy, Turner notes, demonstrates the kind of insights into Lawrence’s working process made possible by the reappearance of the lost paintings. 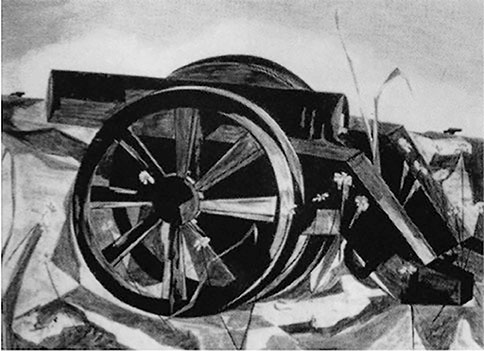 In her article for ANTIQUES, Turner unveiled plans for an exhibition of the Struggle series at the Peabody Essex Museum in Salem, Massachusetts, in 2020. “My fellow scholars and I hope that the purchaser of panel number nineteen, knowing that this important painting is part of a larger whole, will join us in our quest to research and reunite and exhibit the Struggle series,” she says. “Its message is needed now more than ever in our nation.”