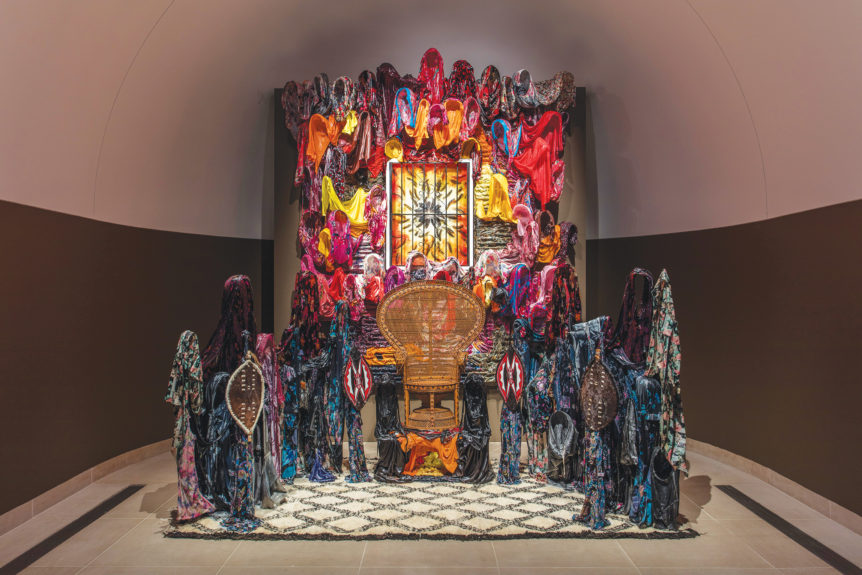 With the impending departure of Thomas P. Campbell in June, the Metropolitan Museum of Art is in the throes of finding a new director, kindling our curiosity about how other museum directors have handled the financial challenges and vicissitudes of taste their institutions face. Though on a considerably smaller scale than the Met, the Hammer Museum, now part of UCLA, has seen a resurgence under director Ann Philbin that caught our interest. We asked her to tell us how she’s maintaining focus on its distinguished collection of European and American paintings and works on paper, while fostering the burgeoning contemporary art scene in Los Angeles.

TMA: When you came to the then struggling Hammer in 1999, it was best known for the collection of Old Master paintings assembled by founder Armand Hammer. In transforming it into a dynamic center for contemporary and emerging artists, what role do the Old Masters play today?

AP: Although the Hammer now primarily focuses on contemporary and emerging artists, the Old Masters in the Armand Hammer Collection, which is permanently on view, include some of the best-known and beloved works by such artists as Vincent van Gogh, Gustave Moreau, John Singer Sargent, Rembrandt, and more. The coexistence of the classic and newer works sparks an ever-changing conversation, which is valuable to both visitors and artists, particularly UCLA students and faculty. Currently across from
the Armand Hammer Collection is an exhibition of emerging artist Kevin Beasley, who remixed Bernini’s baroque altarpiece in Saint Peter’s in Rome and a famous image of Black Panther founder Huey P. Newton in a site-specific sculptural installation for the Hammer Vault Gallery. We welcome this kind of experimentation and play between old and new at the Hammer.

Kevin Beasley’s Chair of the Ministers of Defense, 2016, recently on view in the Hammer Vault Gallery. Forrest photograph.

Presuming you consider them still relevant, have you developed new programs to promote the Hammer’s Old Masters? If you feel they are no longer relevant, can you talk about why that is the case?

They are still a very present part of our identity! We recently reinstalled the Armand Hammer Collection
and reconfigured our galleries to present a new take on the paintings. Old favorites like Sargent’s Dr. Pozzi at Home and Rembrandt’s Juno now have their own walls, so they can be considered individually as well as alongside other portraits or landscapes in the galleries. Recently, we partnered with the Huntington to loan fifteen of our paintings to hang in their galleries among the likes of Thomas Gainsborough’s Blue Boy. These loans and reinstallations are opportunities both to gain new perspective on and promote the Armand Hammer Collection.

While still under-represented proportionally, women are now directors of many important museums. Do women offer a new or different perspective on how museums are evolving or should evolve to solve the financial and visitation problems they face?

The importance of women as museum directors is not in the unique female perspective necessarily but the importance of equal representation and symbolism at the highest level of the organization, especially at the largest museums, where the gender gap still looms large.

What’s next for the Hammer? For you?

The Hammer recently announced a building expansion and renovation plan to be complete by 2020, which would add forty thousand new square feet and dramatically increase visibility along a full block of Wilshire Boulevard. The new spaces would include expanded galleries, event space, and community areas, along with more office and storage spaces. Obviously, this will keep me busy for the next few years as well!