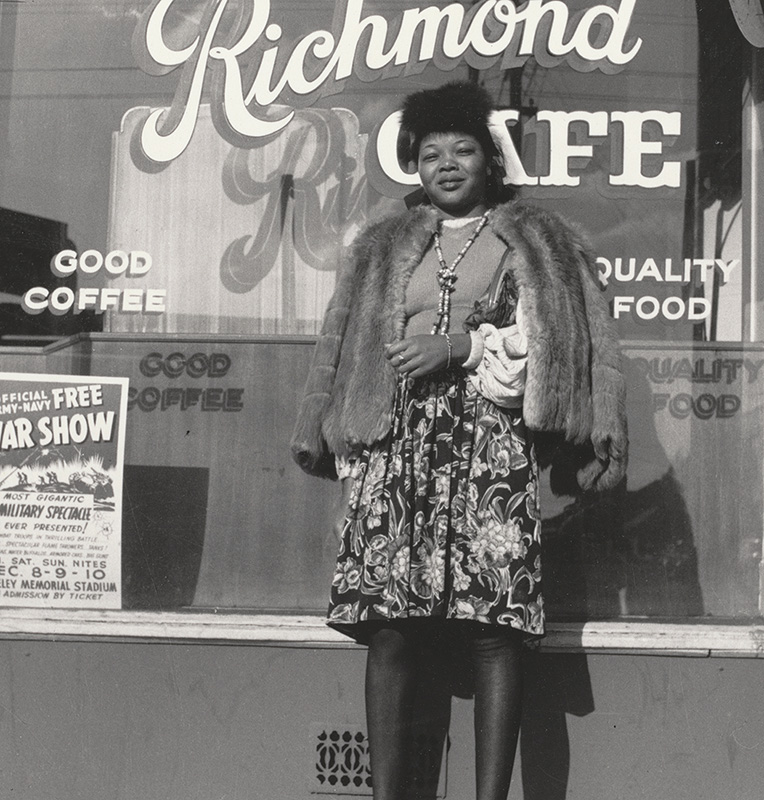 It’s hard to believe that Dorothea Lange, perhaps the most famous of the photographers who worked for the Depression-era Farm Security Administration, hasn’t had a retrospective in more than fifty years. But considering the prodigious difficulty of making such photos as Migrant Mother new again, it’s hardly surprising, either. Luckily, the curators at the Museum of Modern Art are a plucky bunch, and Dorothea Lange: Words and Pictures reminds us of what a singular talent she was. Emphasis naturally falls on the photographer’s humanitarian projects, from her earliest portraits of heartlanders “blown out” of Oklahoma, Arkansas, and Missouri by the Dust Bowl; through her immortal FSA work (yes, Migrant Mother is here); to a 1950s photo essay for Life that followed the travails of a public defender in Almeda County, California.

Not surprisingly, it is a lesser-known and later body of work that catches the eye: pictures she made just before her death in 1965 at age seventy. Here she displays a painterly vocabulary of tightly cropped and narrowly focused imagery that presages the style of color photographers who gained fame in the following decade. This is an aspect of Lange’s practice that has almost always been overwhelmed by her serious subject matter. Lange’s last letters and comments in interviews suggest that she was only beginning to discover all the possibilities of her medium. “I used to think in terms of single photographs, the bull’s-eye technique,” she told former MoMA curator Beaumont Newhall in 1958. “No more.”

Dorothea Lange: Words and Pictures • Museum of Modern Art • to May 9 • moma.org