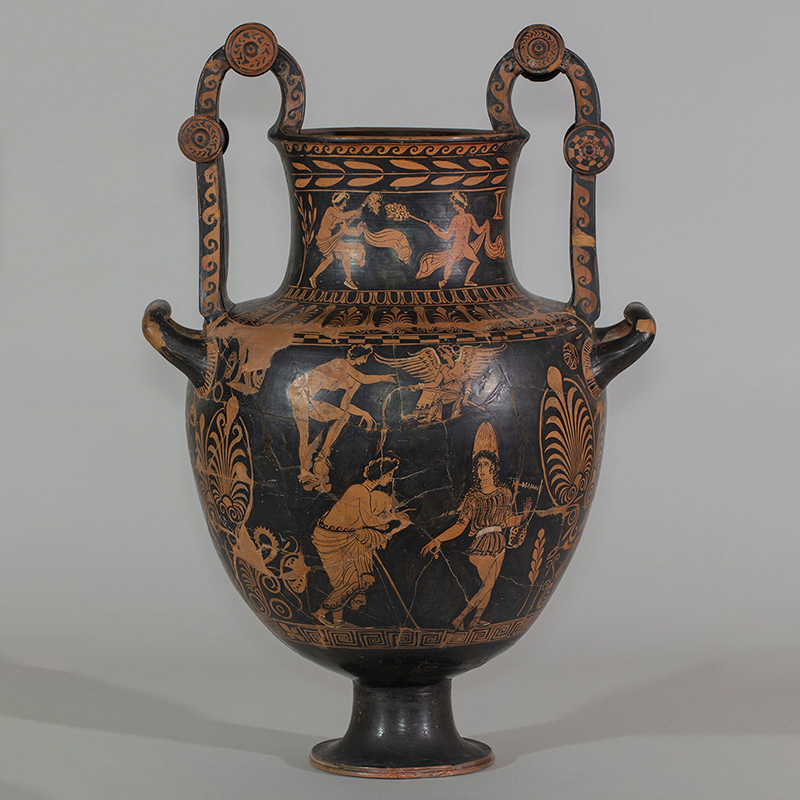 A new exhibition at the Speed Art Museum entitled Pictures from Pieces – Quilts from the Eleanor Bingham Miller Collection highlights the quilt collection of film producer and Louisville native Eleanor Bingham Miller. A co-founder of the Kentucky Quilt Project – a program designed to survey the state’s quilts – Miller began her quilt collection in the 1980s. Pictures from Pieces features quilts crafted from the 1850s to the 1960s all of which highlight the diversity of form, color, and pattern possible through the medium of quilting. The exhibition also features works by masterful quilters including Virginia Mason Ivey and Beatrice Pettway. Before you head over to the museum, check here to plan your trip in advance.

An upcoming exhibition at the Bowdoin College Museum of Art – Antiquity and American: Artists, Collectors, and the Ancient Mediterranean – explores the long-standing American fascination with the sea that figures so powerfully in classical myth and legend. Drawing from the museum’s collections, the exhibition examines the American attraction to antiquity as seen in both collections of ancient artifacts and in representations of antiquity in American culture over the past two centuries. To visit the museum, check here to plan your trip before the exhibition opens on March 31.

The work of J. M. W. Turner, famed English landscape painter, maritime artist printmaker, and watercolorist, was deeply deeply influenced by the effects of the Industrial Revolution, which was at its peak during the artist’s lifetime. More than any of his contemporaries, Turner embraced the changing world and developed his own style to reflect the emerging new zeitgeist. An upcoming exhibition at the Museum of Fine Arts, Boston entitled Turner’s Modern World explores more than 100 of Turner’s paintings, watercolors, drawings, and sketchbooks to explore a time of great change through a new lens. The exhibition opens on March 27 so, make sure to check here to plan your trip in advance.

Speaking of the Industrial Revolution, Arcadian Idylls: Landscape Masterpieces of 19th-Century European and American Printmaking is a current exhibition at the University of Richmond Museums. The beginning of the Industrial Revolution sparked an interest in artists for depicting nature, and that interest developed in tandem with the emergence of new printmaking techniques. While the Industrial Revolution led to technical progress, it also exacerbated preexisting social and economic issues. Arcadian Idylls explores these economic and societal shifts through the prints produced during the 19th century. Featuring artists such as Charles-François Daubigny and Sir Frank Short, the exhibition is not to be missed so, check here to plan your trip.