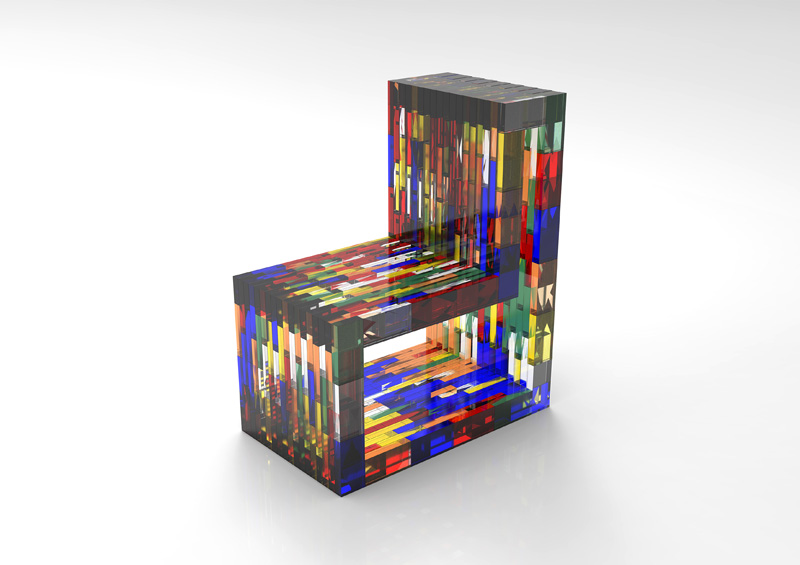 There’s a unique atmosphere at the Salon: Art + Design, which returns to the Park Avenue Armory in New York for its eighth edition this week. Historical and contemporary artworks and objects co-exist in unusual harmony at the fair, perhaps because exhibitors there don’t simply put things on display—they create environments. There’s a sense that you’re visiting a series of open houses rather than dealer booths. “The traditional distinction between art and design fairs is blurred here,” says the Salon’s executive director, Jill Bokor. “It’s an immersive experience. It’s for collectors who want context.”

Some highlights from this year’s fair-–sadly, out of context. For that, go to the Salon!

A wool tapestry by the French fabric artist Alexandra Mocanu, who first renders her designs in gouache then translates it on the loom.

A suite of hexagonal walnut seating pieces, c. 1923—a signature design by architect Pierre Chareau. Learn more here about this pioneer of the art deco style and his masterpiece, the Maison de Verre. Photo by Arnaud Carpentier.

A chair composed of glass blocks by the London design firm Studiopluz.

A c. 1955 lamp with a sculptural ceramic base by Georges Jouve.

The gallery will present a selection of one-of-a-kind seating pieces by the Venezuelan-born ceramist Reinaldo Sanguino, covered in energetic, vividly-colored graphics.

East London designer Gareth Neal based his Hack Chair 2 on a Georgian furniture archetype. He programmed a robotic cutting tool to “hack” out the form from a block of oak. The piece is then charred—creating a dense surface that heightens the peculiarities in the wood grain—and hand finished. Photo by Petr Krecji.

French designer Gustave Gautier created this c. 1960 ash and laminate console and mirror as part of his commission for a house in the La Californie destrict of Cannes.

The French crystal maker has partnered with the British wallcovering firm on a special exhibition that showcases a new hand-painted and -embroidered pattern called Hirondelles. The word is French for “swallow,” a bird René Lalique used as a frequent motif. The pattern also incorporates dahlias—another signature Lalique form, which the company has issued this year in gold luster crystal.