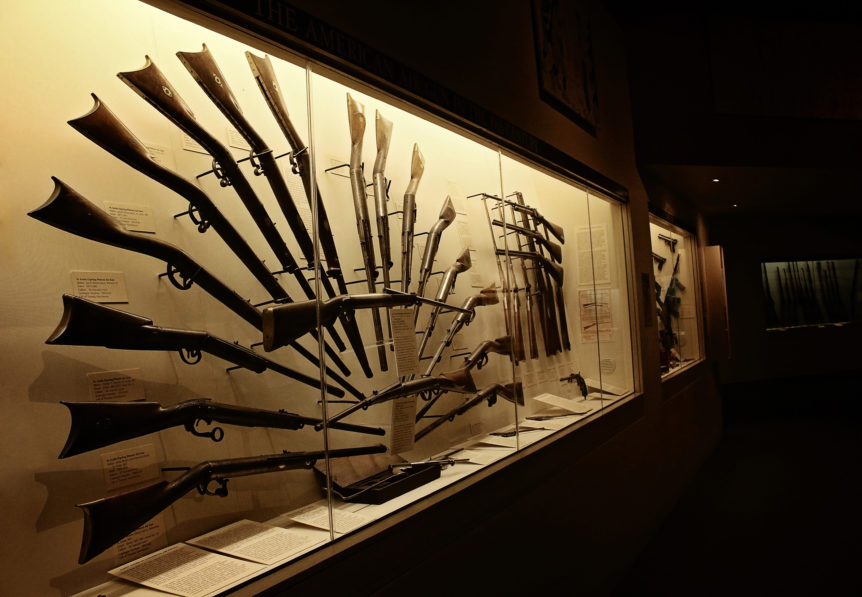 “I actually checked to ensure this was not a leftover April Fools’ story.” That was how my colleague Christopher Wilk, a curator at the Victoria and Albert Museum, sent me word of a “Brexit Museum” now being mooted in the UK.1 The nascent project, also being called the “Museum of Sovereignty,” would preserve the ephemera of the Leave campaign, which advocated Britain’s departure from the European Union. It would also gather earlier documents and artifacts, dating back decades, forming an archive of Euroskepticism. One of the effort’s proponents, veteran anti-EU campaigner Lee Rotherham, was quoted in the Guardian as saying, “It’s going to be a long, slow business. . . .but unless we start the process now, some of the material will potentially be gone.”2

I found this story fascinating, not least because it reminded me of the Victoria and Albert Museum’s “Rapid Response Collecting” program, which I helped initiate as a staff member there in 2013. Executed with great ingenuity since, by a team of curators including Kieran Long and Corinna Gardner, this initiative turns the museum’s permanent collection into an investigative tool. Among the Rapid Response acquisitions thus far have been a 3-D-printed gun, a virtual reality headset, e-cigarettes, and a crowdfunded drone, all of which raise new questions about the political implications of design. In acquiring such topical objects, the museum not only preserves them, but also undertakes research into the contexts in which they were made and received. 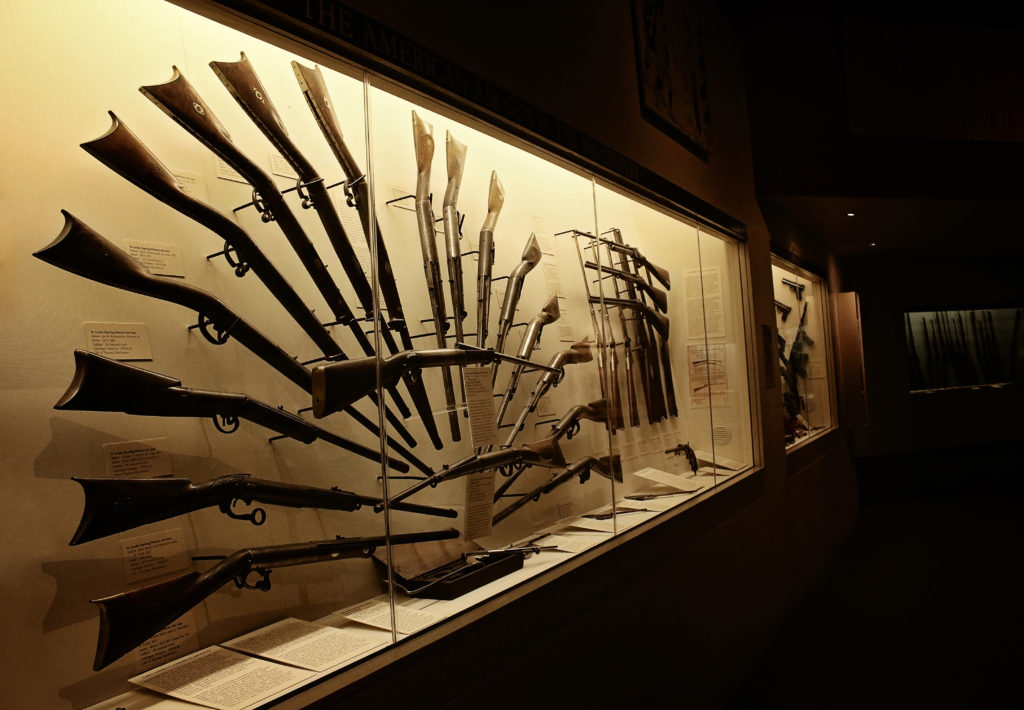 The V&A project aims to be objective. It is essentially a fact-finding mission, reactive to the headlines but non-partisan. By contrast, as its name suggests, the Museum of Sovereignty would essentially be an extension of the Leave campaign. Its promoters’ archival claims sit uneasily with (and might even be motivated by) widespread charges that the Brexiteers were intentionally deceptive in their propaganda—the very propaganda they set out to collect.

This cognitive dissonance points to a deeper question: these days, is the “right-wing museum” a contradiction in terms? Already at their inception in the nineteenth century, and increasingly as time has gone on, public museums have been progressive in their orientation. Conservation departments, yes; conservative politics, not so much. Philanthropic patrons may often be Republicans, but directors and curators, very rarely. Here in America, there are only a handful of museums that could be construed as explicitly right-wing. Among them is the National Rifle Association’s museum in Virginia, which has one of the country’s finest historic firearm collections; further out on the fringe are the Creation Museum in Kentucky and the Northwest Science Museum, both of which propound non-evolutionary theories embraced by some evangelicals.

For the most part, however, institutions here in the US tend to adopt a liberal worldview as a matter of course. They are broadly supportive of diversity (even if they struggle to realize it in practice) and they champion avant-garde values. This produces some curious blind spots. Shows about art and nationalism are rare, though certainly history furnishes no shortage of works animated by that spirit. The same goes for religion. As Thomas Crow points out in his recent book No Idols: The Missing Theology of Art, when presenting religious art, curators and historians tend to emphasize questions of style, form, and iconography rather than the actual experience of devotion: “Religious behavior and belief, along with theological meaning, appear as cultural artifacts to be dissected and decoded with clinical detachment.”3

The most prominent recent challenge to this perspective is the Museum of the Bible, newly opened in Washington, DC. It’s backed by the Green family, who own Hobby Lobby—and have made headlines in a series of controversies, including a Supreme Court case about their company’s denial of certain health care benefits to female employees. At the new $500 million facility, historic artifacts are all but overwhelmed by spectacular vignettes and videos. In the judgment of the Washington Post, the museum sets “a new standard for how this country’s museums fuse entertainment and education.”

It’s not altogether surprising that conservatives should be developing an interest in such projects. Beginning with talk radio, then network television, then social media, right-wing proponents have increasingly deployed the soft power of culture. Museums are a logical next step. How should one feel about this—particularly if one is (like most professionals in the arts, including myself) politically liberal? Certainly, being horrified is an option. For many, the blend of “entertainment and education” in museums was plenty worrisome even before politics got into the mix. And given that we have a (nominally) Republican president who has a casual relationship with facts in general, it’s fair to ask whether conservatives are entering the museum space primarily to exploit its inherent authority.

On the other hand, as Christopher Wilk noted when he wrote to me, “aren’t all collections ideologically driven anyway?” The presumption that museums can detach themselves from politics is itself false—as many critics have pointed out. What they can do is be open-minded, and curious. Ideally, our institutions would not push any particular agenda. They would be spaces in which people of different opinions were equally welcome, and equally challenged by ideas that they might find uncomfortable. 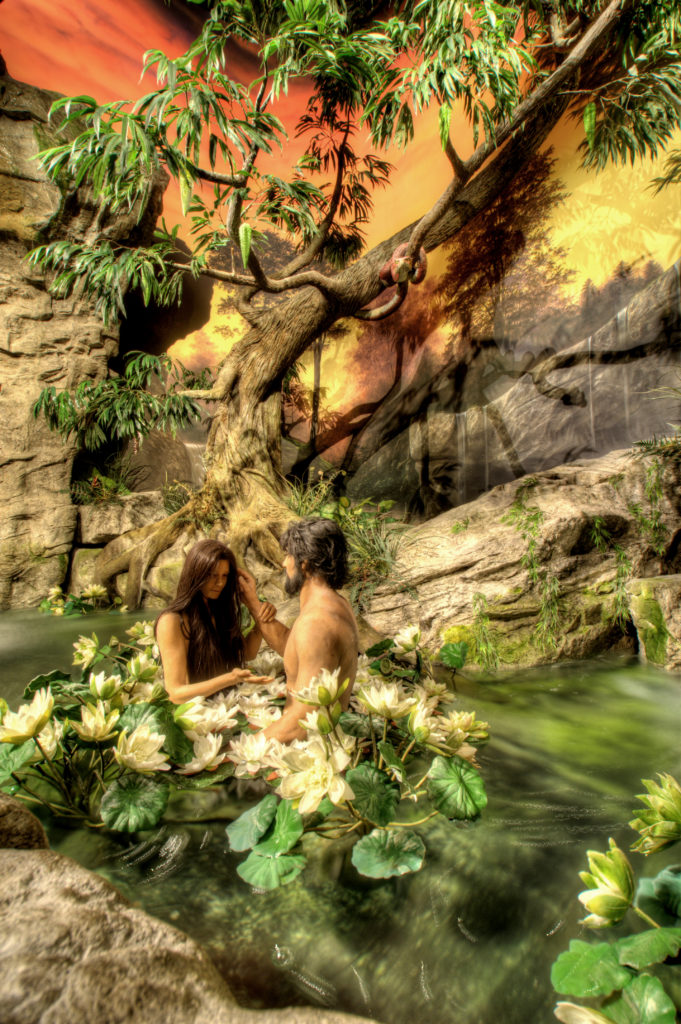 Adam and Eve in the Creation Museum’s Garden of Eden diorama. Courtesy of Answers in Genesis, Petersburg, Kentucky.

The V&A’s Rapid Response initiative is an example of that approach. So, too, is the Wolfsonian in Miami, which presents propaganda and decorative arts from the 1850s to the 1950s. Anarchism, communism, fascism, and many other -isms all have a place in the collection, and the result is a textured and fascinating history lesson. The Buffalo Bill Center of the West, in Wyoming, has a collection of historic guns to rival the NRA’s, and is located in a deeply red state. Yet the institution is cognizant of its diverse audience base, of all political persuasions, and strives “to be a non-advocacy museum that lays out firearms history, good, bad, and indifferent,” in the words of its curator Ashley Hlebinsky. She has initiated an annual symposium along these lines, attended by specialists across a wide spectrum of opinion. The goal, she says, is “to remain politically neutral amidst growing activism on both sides of the gun debate.”4

The problem with the proposed Museum of Sovereignty, then, is not that it represents the perspective of the Leave campaign. It’s that it ignores the other side of the debate. Likewise, even if some in the contemporary conservative movement have taken a leave of absence from the truth—and I think that is indeed what has happened— the way to improve the situation is not to shut them out of the museum business. It’s to bring rigorous standards of seriousness and engagement, the ones curators apply every day, to their ideas and concerns.

I’ll conclude with a thought experiment. Eventually, Donald Trump will have his own Presidential Library. More than likely it will be a monument glorifying his words and works. Wouldn’t it be better, though, if we had a place where everyone, supporters and detractors alike, could reflect on what happened in these years (however many it turns out to be)? Maybe even talk to one another about it?

It’s not too early to start thinking this way. We live in extremely disputatious times. Tempers are running high. Museums can certainly enter the fray on one side or another, and their constituents may even reward them for doing so. But let’s not. Let’s not preach only to the converted. Because these days, if museums can’t offer a space of mutual, considered conversation, I’m not sure who will.