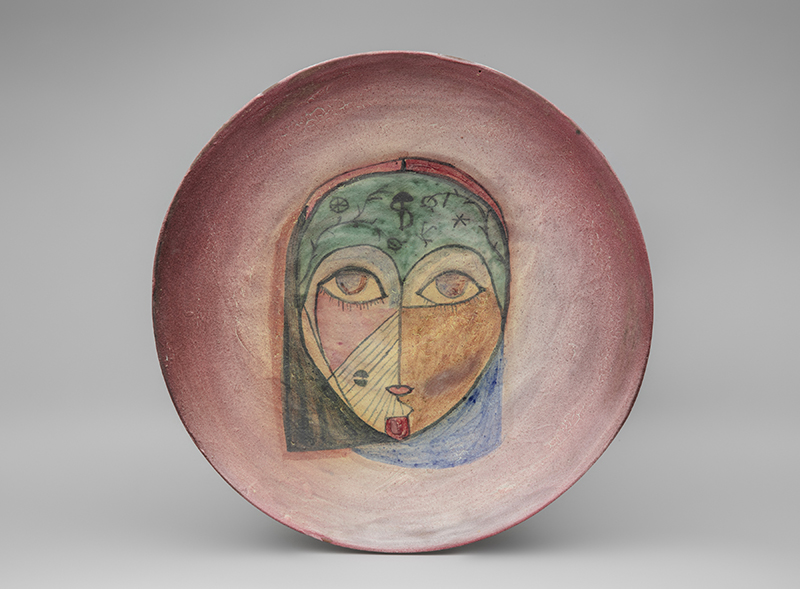 Once upon a time, flying was fun. But if you’re like us and feel that air travel these days is something more to be endured than enjoyed, you may be heartened to know that there are at least a dozen airports in the United States that include museums on site where you can spend your waiting time enjoyably. Most are devoted to aviation history, but a few offer a surprisingly rich array of artistic and cultural offerings—and the museum at San Francisco International Airport is one of them.

Right now, for example, the SFO Museum—established in 1980, it claims to be the first museum housed in an international airport—is presenting California Studio Craft, with most pieces on loan from the Bay Area collector Forrest L. Merrill, in its Terminal 2 exhibition space. The American studio craft movement—which gained momentum in the postwar period and married a devotion to the handmade and honest materials to a fine arts sensibility—flourished particularly vibrantly in California. The state produced legends in every field of craft, from woodworkers such as Sam Maloof and Arthur Espenet Carpenter and woodturner Bob Stocksdale to glass savant Marvin Lipofsky, enamelist June Shwarcz, and fabric artists such as Trude Guermonprez and Kay Sekimachi.

Ceramics, perhaps, was the field that produced the brightest studio craft blossoms in California. Drawn to the sun and climate, immigrants such as Austria’s Gertrud and Otto Natzler arrived to produce work in her pure forms and his experimental, bubbled glazes. There were native talents like the maverick Beatrice Wood, who returned from Paris and New York to settle down to potting in the town of Ojai. Above all, it was the work of artist-educators who made California a center of advancement in the ceramic arts. Glen Lukens, a singular colorist, founded the ceramics program at USC in 1933, and Laura Andreson, with her stately forms, followed soon after at UCLA. The burly Peter Voulkos, who taught at both the Otis College of Art in Los Angeles and at UC Berkeley, would later apply the verve of abstract expressionism to earthenware.

The work of the last three and others mentioned is currently on view in the SFO Museum show, and if you are passing through you might make it a point to take a look.