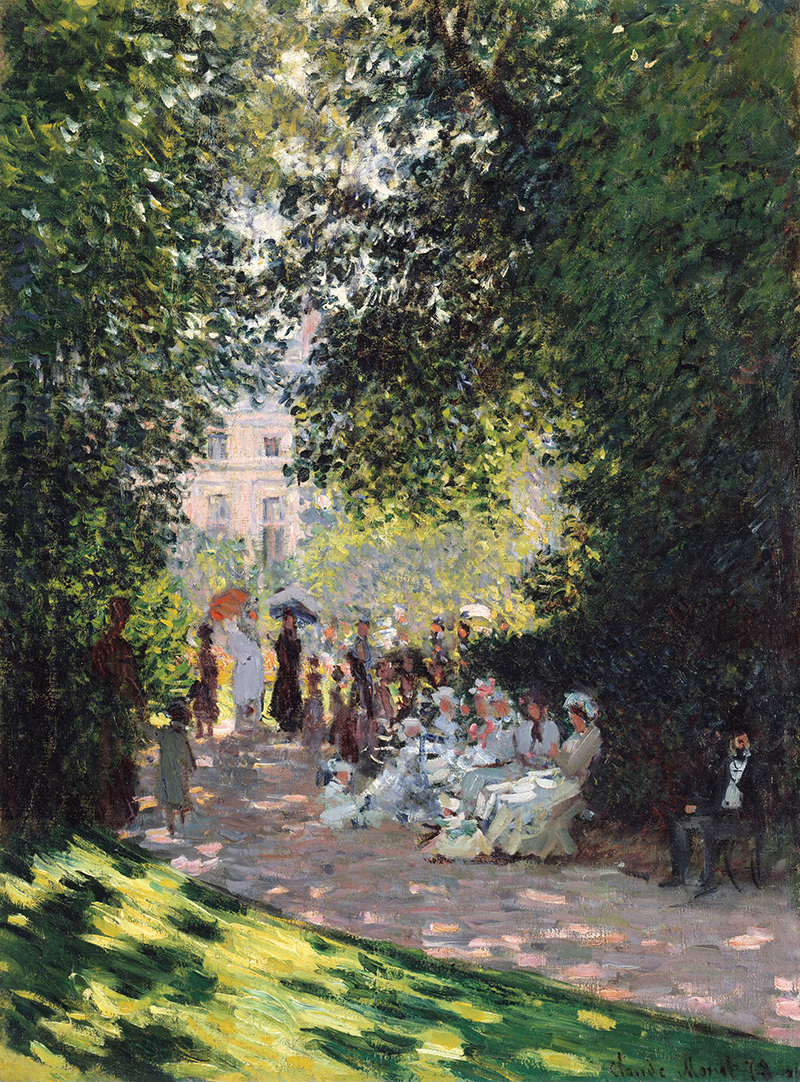 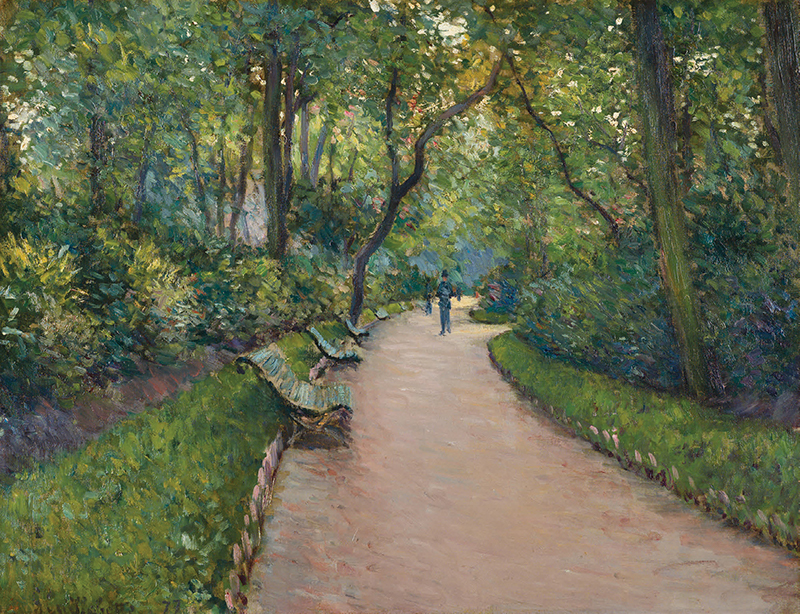 “My garden,” Monet once said, speaking of his patch of greenery in Argenteuil, “is my most beautiful work of art.” In that one remark, he touched on two important truths about the impressionists: the general hum of happiness that flows through their work, and the frequency with which that happiness had something to do with plants. Renoir and Caillebotte, among others, were avid gardeners as well. Although the role of flowers, and meadows, and parks in the secular santoral of impressionism will hardly come as a surprise to anyone, it is the subject of a fascinating show at the Metropolitan Museum of Art, Public Parks, Private Gardens: Paris to Provence, on view until July 29, which extends its purview to such post-impressionists as Edouard Vuillard and Henri-Edmond Cross as well. Expertly curated by Colta Ives and Susan Alyson Stein, this show brings together more than 150 works that, despite their diversity, have been assembled almost entirely from the Met’s own collection. 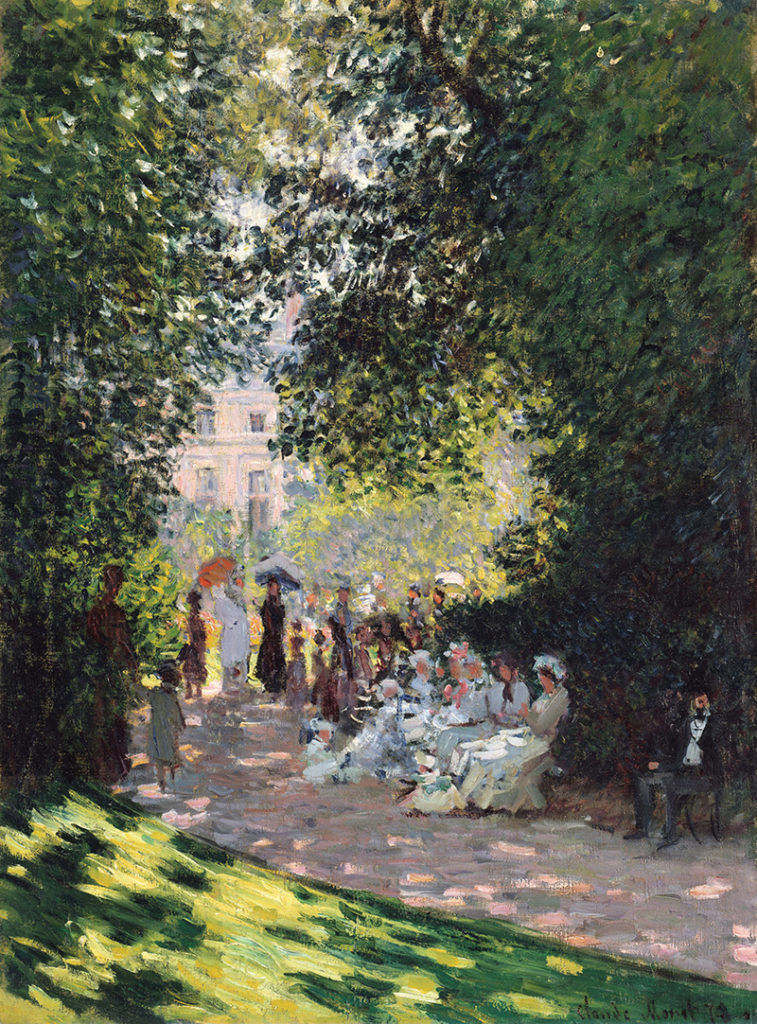 The cultivation of plants had long been an element of French culture, like that of most European nations in the nineteenth century, for both practical and aesthetic reasons. The great Jardin des Plantes, all seventy acres or so of it, has stood in the heart of Paris’s 5th arrondissement since the seventeenth century. But as the lives of artists became more urban and as their cities became more industrialized, the pleasure they took in their private gardens and public parks grew considerably, piqued by the spectacle of nature, that rebellious and ungovernable force, rising up in its glory in the heart of the teeming city. The happiness that the impressionists found in their parks and gardens, as in so much else, is a curious thing, worthy of more attention than it usually receives. Although formally and thematically, their movement grew out of realism, the realists—and Courbet most of all—favored a heavy, brooding palette and a political commitment that certainly suggested that they were at odds with the world around them. As for the impressionists, however, it is hard to think of any other important group of painters—with the exception of Boucher, Fragonard, and their like—who seemed quite so pleased with the universe as given to them. But the happiness of the impressionists was different from that of their eighteenth-century compatriots: there is a giddy effervescence to those older painters that has no place among the impressionists. 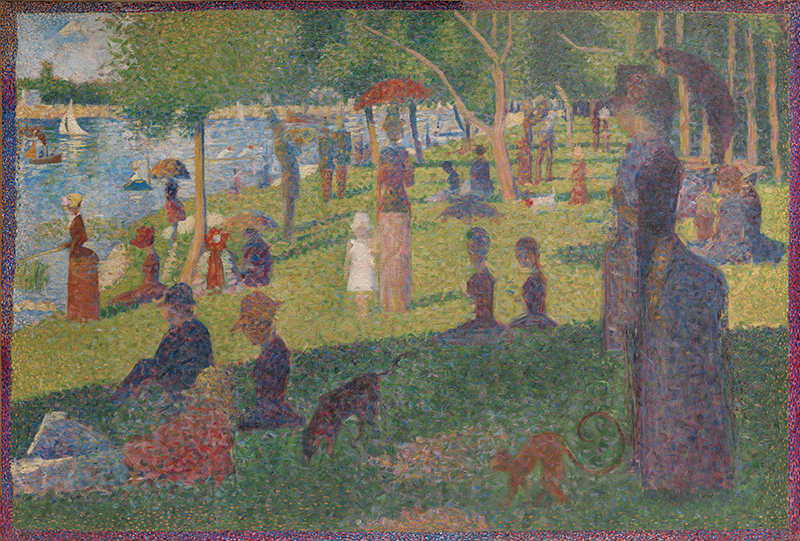 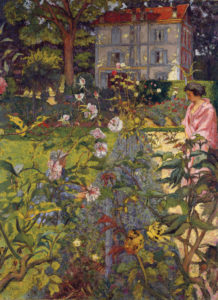 Their happiness, rather, is of a calmer, more internal sort, located in the domestic intimacy of family and friends as well as in the frantic, all-embracing life of Paris itself, with its grayish rain, its ravishing bursts of sunlight, its peerless boulevards and impeccable parks. In all of art history, it is hard to find a more conspicuous group of well-adjusted adults than the impressionists. The theater, context, and frame of their happiness, as often as not, were the public parks that arose in Paris during the Second Empire, at exactly the moment when the impressionists were beginning to coalesce into a group. Under Napoleon III, who ruled France from 1848 to 1870, the amount of public parkland in Paris grew nearly a hundredfold, from forty-seven acres to more than forty-five hundred (the city now has more than five hundred public green spaces), while the population increased from around five hundred thousand in 1801 to more than two million in 1860 and four million by 1900. Although the center of Paris was the Jardin des Tuileries, whose present form and function were determined in the 1660s, most of Napoleon III’s new parks stood at the periphery, in the Bois de Boulogne and the Bois de Vincennes to the west and east, respectively, together with the Parcs des Buttes Chaumont and Montsouris to the north and south. To these must be added the new Square des Batignolles in the 17th arrondissement, where most of the impressionists lived, only a few blocks from one another. Nearby stood the Parc Monceau, an eighteenth-century pleasance that had only recently opened to the public.

On the evidence of the Met exhibition, many an impressionist was pleased to walk a few blocks from his studio in Les Batignolles to the Parc Monceau, where he set up his easel and went to work. In one of Monet’s paintings from 1878 titled The Parc Monceau (Fig. 1, one of two of his paintings of the park in the present show), we can just make out, emerging from the shade and leaves, a group of governesses sitting on benches with their young charges at their feet. Further on, silhouetted against the ebullient sunlight, a pair of elegant women with colored parasols. The light has changed in Gustave Caillebotte’s painting of the same subject and the same name (Fig.2). A cloud, it seems, has crossed the sky, dimming the sensible world and the elegantly clad figure in the foreground. But as always with the impressionists, there is beauty even in this hint of inclemency, for it is typical of Paris and typical of the world, and both these things are beautiful to the impressionists. 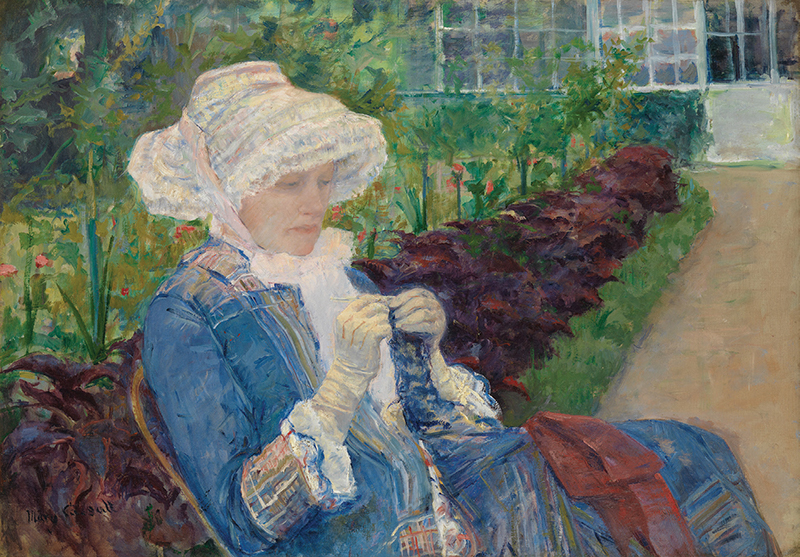 In 1899 Camille Pissarro rented a room above the rue de Rivoli in order to paint The Garden of the Tuileries on a Spring Morning (Fig. 6), one of a series of paintings of this most central and inveterate of Parisian parks (another painting by him in the show depicts the same scene from the same angle, but on a winter afternoon). As with his wondrous images of the boulevard des Italiens from a few years earlier, the artist looks down on the scene from the perspective of the gods and he sees everything. But he places himself at such an angle, and in such proximity, that he is also a part of what he depicts: he is one with those thirty or so scattered human souls who wander among the flowering parterres and newly budding trees and who skirt the great round pool at the eastern end of the park. In the background we make out the steeples of the Basilique Sainte-Clotilde, near where the Gare d’Orsay would rise a few years later. Anyone who has been in Paris on a sunny spring day will appreciate how well Pissarro has captured what he saw that morning from his window on the rue de Rivoli. 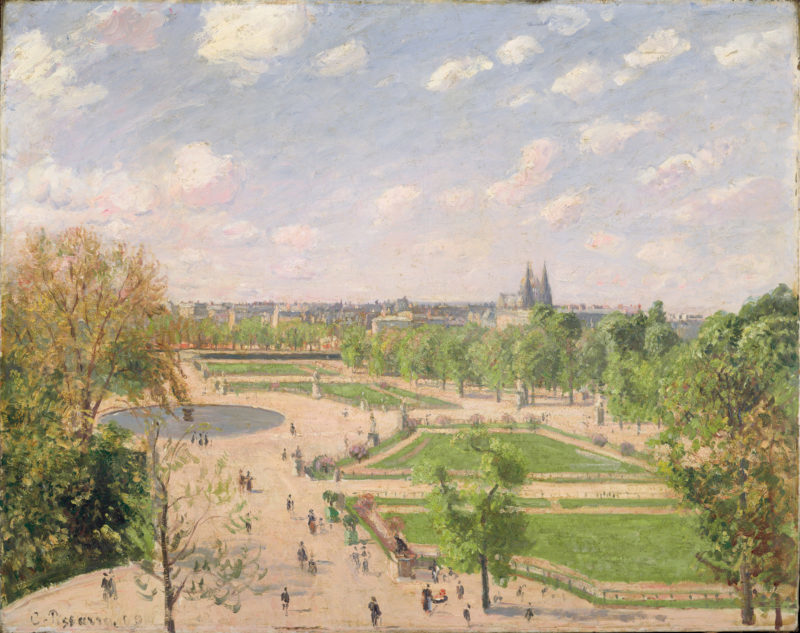 Very different in form, but not so different in feeling, is a study at the Met for Georges Seurat’s famous Sunday on the Grande Jatte (Fig. 3). Despite the stylized form of the figures seated or standing in the landscape by the Seine, the mood of the study, indeed, its subject and theme, is largely the same as in most other works of the impressionists: it is about happiness in general, and, more specifically, about that collective happiness that unites perfect strangers in a shared urban context of the requisite amenity. This is a happiness that, formally speaking, was new in the world. With few exceptions, like London’s Vauxhall Gardens and Paris’s Tuileries, both of which opened to the public in the 1660s, this new form of happiness was born in the public parks of the French capital under the Second Empire. And to this day, such happiness continues to emanate from them with unabated force.