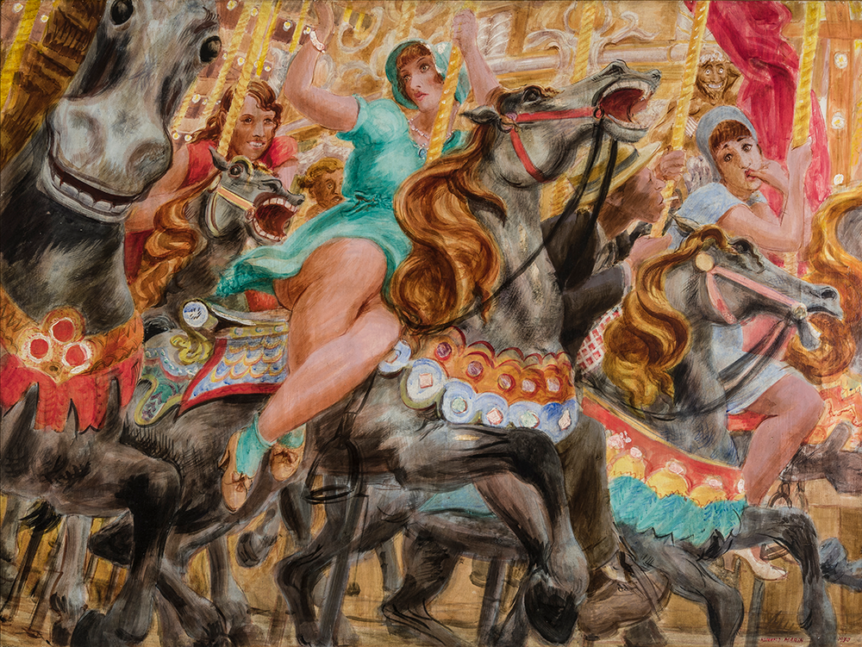 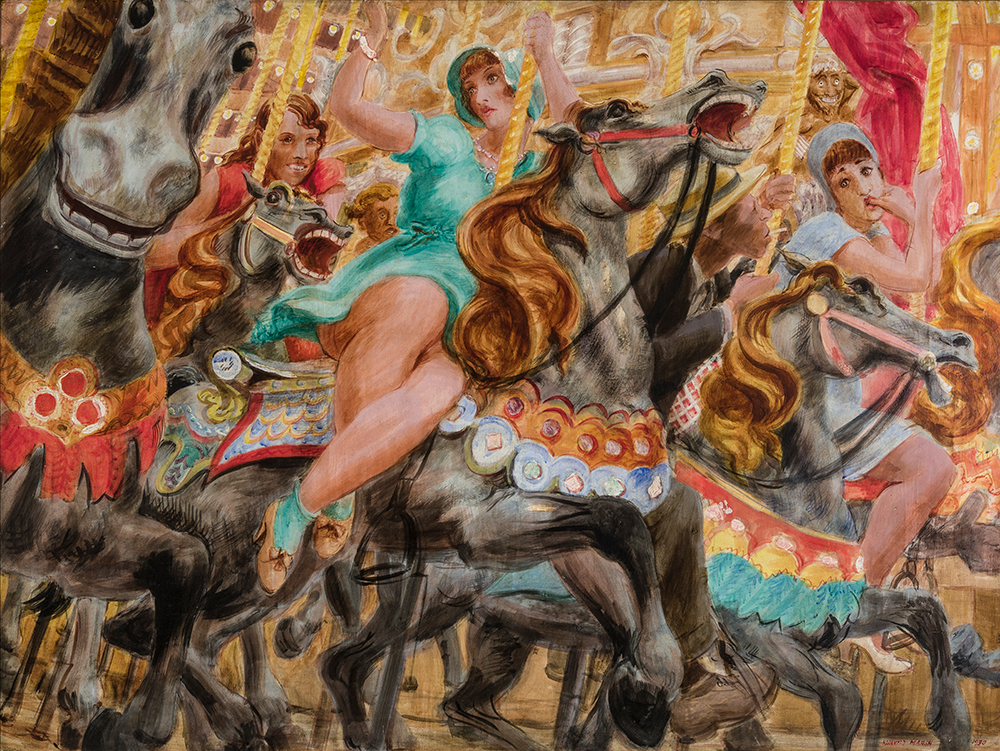 Mike (in Tracy’s best Runyonesque accent): “Not much meat on her, but what’s there is cherce.”

The American Art Fair, similarly, may not be the largest event of its kind, but what’s there is definitely cherce. Now in its eleventh year, the fair has a unique focus on American works, presenting styles from impressionist to modernist, and schools of painting from Hudson River to Ashcan.

A tidy seventeen top-flight galleries are participating this year. Among the highlights: Alexandre Gallery of New York will offer a Marsden Hartley still life with flowers that was featured in the Met Museum’s recent retrospective; Vose Galleries of Boston comes south with a sublime and atmospheric Albert Bierstadt western river scene; and Hirschl & Adler will present a startlingly dynamic Reginald Marsh view of a merry-go-round in action.

As Mike would say: “cherce.”