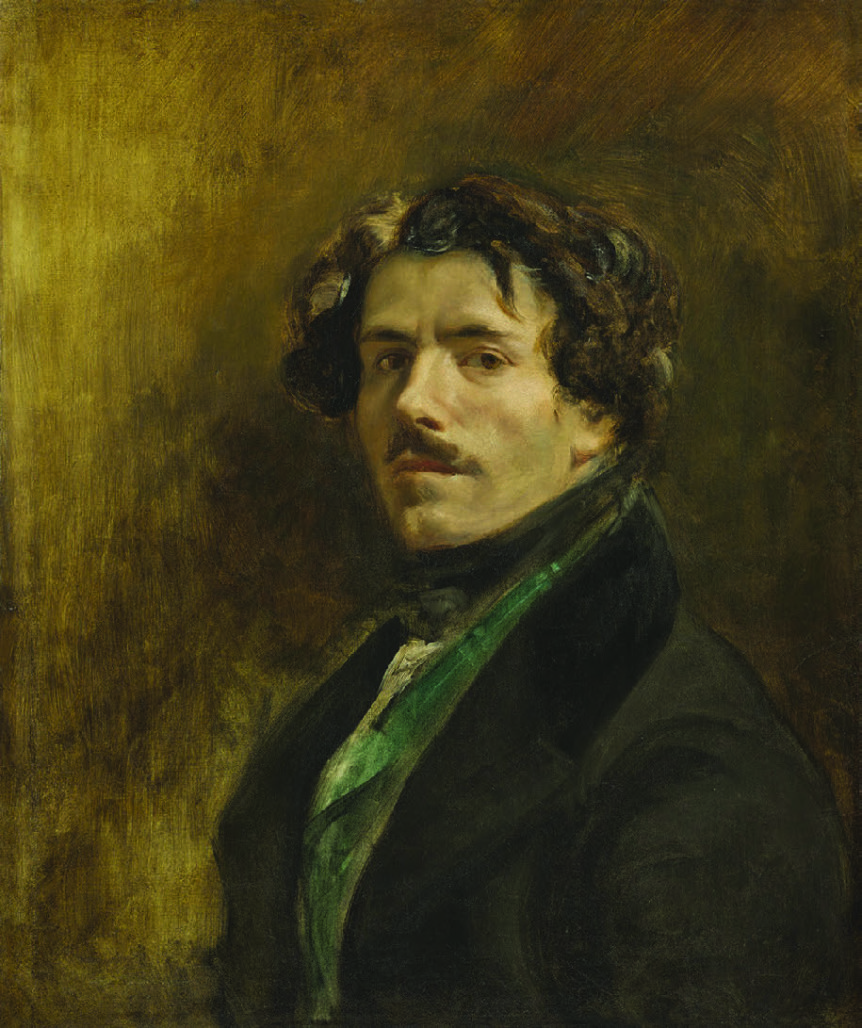 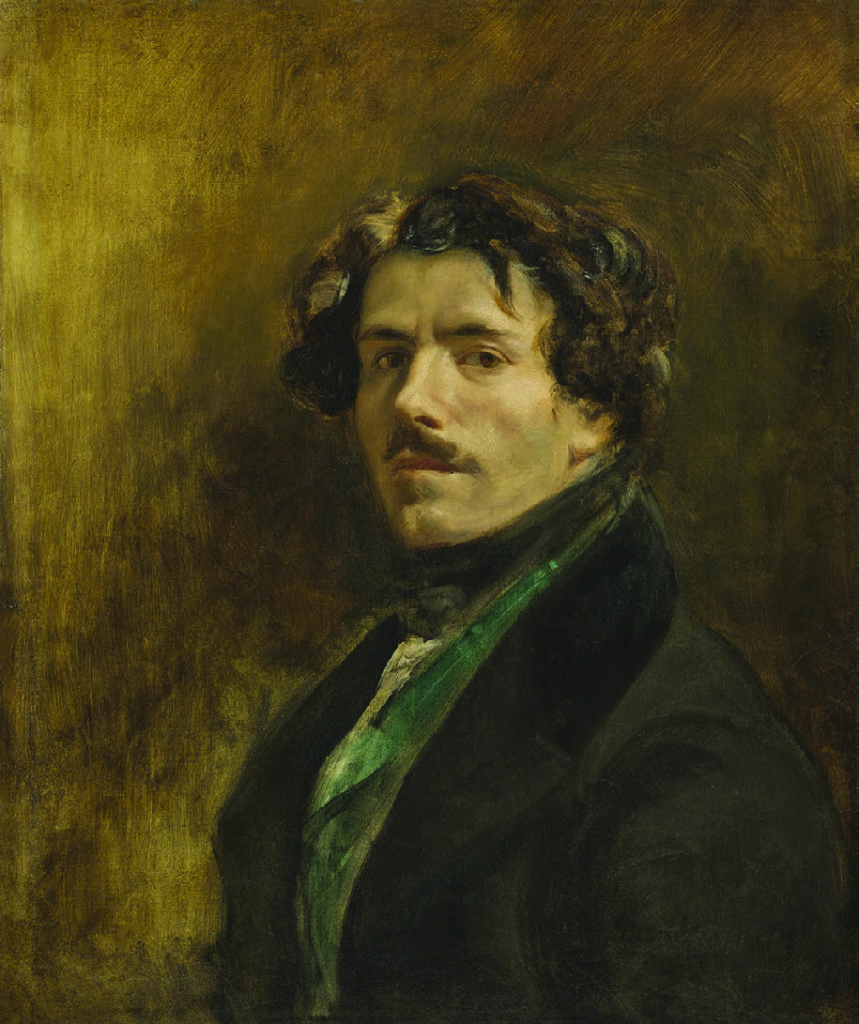 Though it’s a distinct handicap when a major retrospective of a great artist is missing one of his best—and certainly best-known—paintings, it says something that the exhibition Delacroix at the Metropolitan Museum of Art in New York loses little of its force despite the fact that July 28, 1830: Liberty Leading the People stayed home at the Louvre. The Met show manifests all the color and gusto that made Eugène Delacroix the leading figure in French romanticism, while covering the signal tendencies of his art. And it goes some way toward explaining why later artists from Monet to Picasso regarded him, with envy, as a forebear. 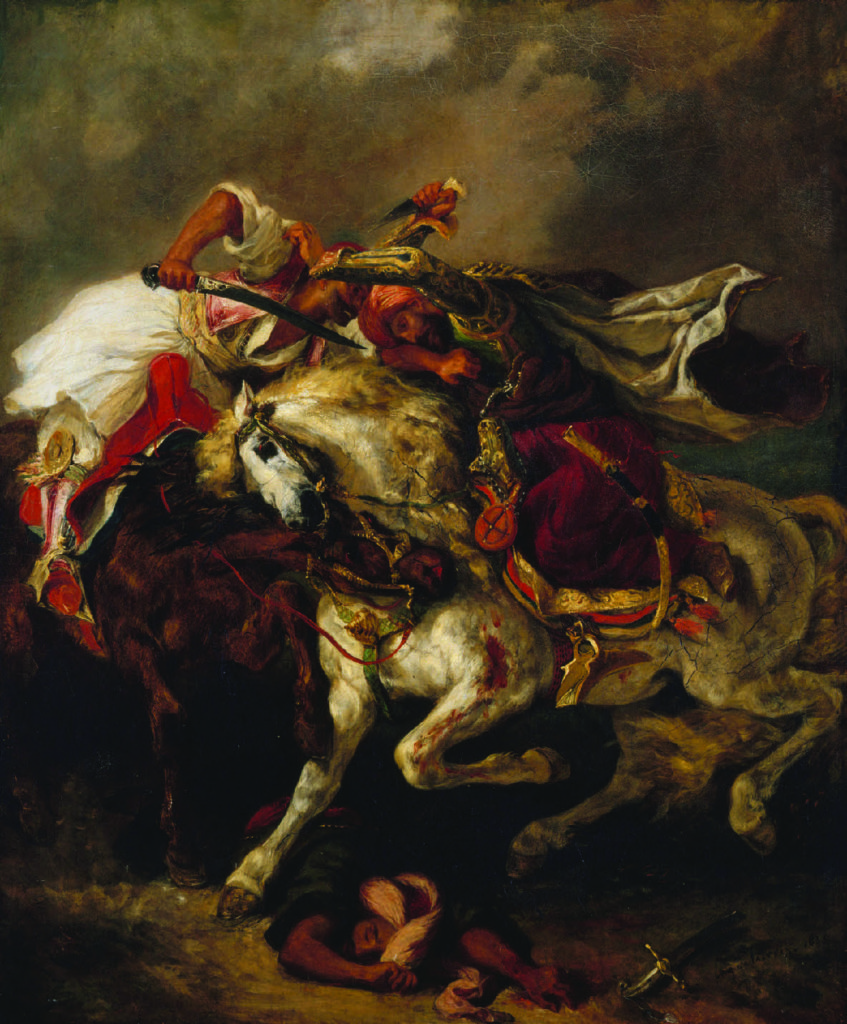 A sense of Delacroix’s regard for himself can be found in his aristocratic self-portrayal of about 1837. Born in 1798, he was the youngest child—by far—of a well-connected family in public service. The discrepancy in age between Delacroix and his siblings has led to some speculation that his actual father was the statesman Talleyrand, a family friend who would become Delacroix’s greatest patron and benefactor.

Though he was trained in the precise, neoclassical style of painters such as Jacques-Louis David, Delacroix rejected the perfectionism of that school to embrace the vivid, more robust manner of Veronese and Rubens, whose works he studied at the Louvre. The biggest influence on his art, though, came from his friend Théodore Géricault and the drama of his icon of romanticism, the immense painting The Raft of the Medusa, which caused an uproar at the Paris Salon of 1819. It sparked Delacroix to create the work that was his own Salon debut in 1822: The Barque of Dante. 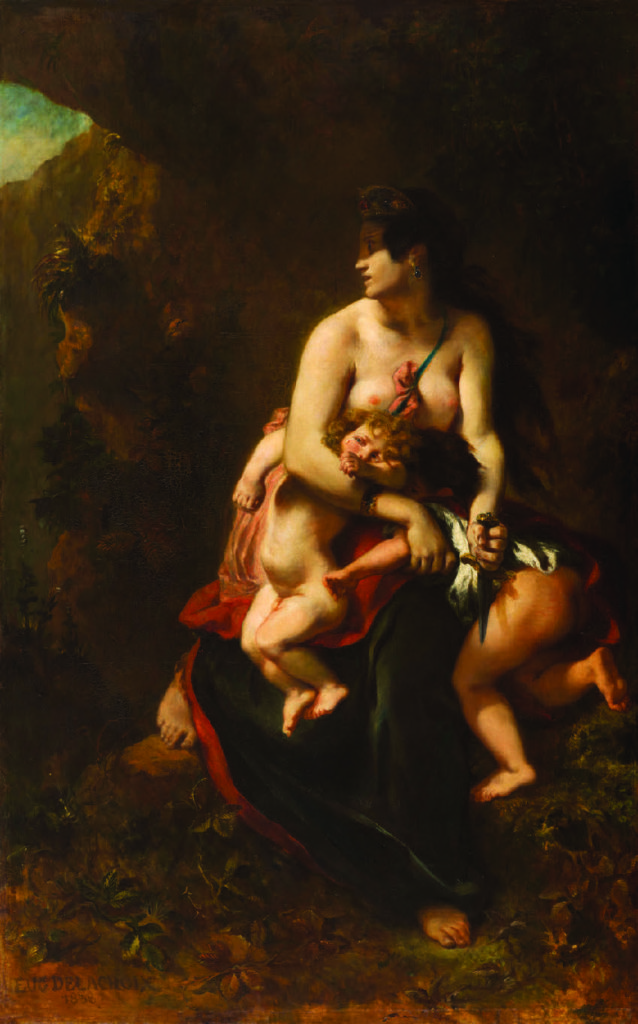 Géricault died in 1824 at age thirty-two, leaving Delacroix to advance the new romantic style, with its looser flowing brushwork and emphasis on action. Though he was in the artistic avant-garde of the time, Delacroix would most frequently look to the past and to literature for his subject matter. He painted biblical scenes and episodes from myth and legend—often violent ones, such as Medea about to Kill Her Children. He was also fascinated by Lord Byron and took inspiration not only from his poems—which provided the subject for works like Combat of the Giaour and Hassan—but also the Briton’s fight for the cause of Greek independence from the Ottoman Empire. As France expanded its sphere of influence into Africa and the Middle East, Delacroix embraced what is known as Orientalism. While part of a diplomatic mission to North Africa in 1832, he reputedly snuck into a harem and beheld the scene he captured in Women of Algiers in their Apartment. 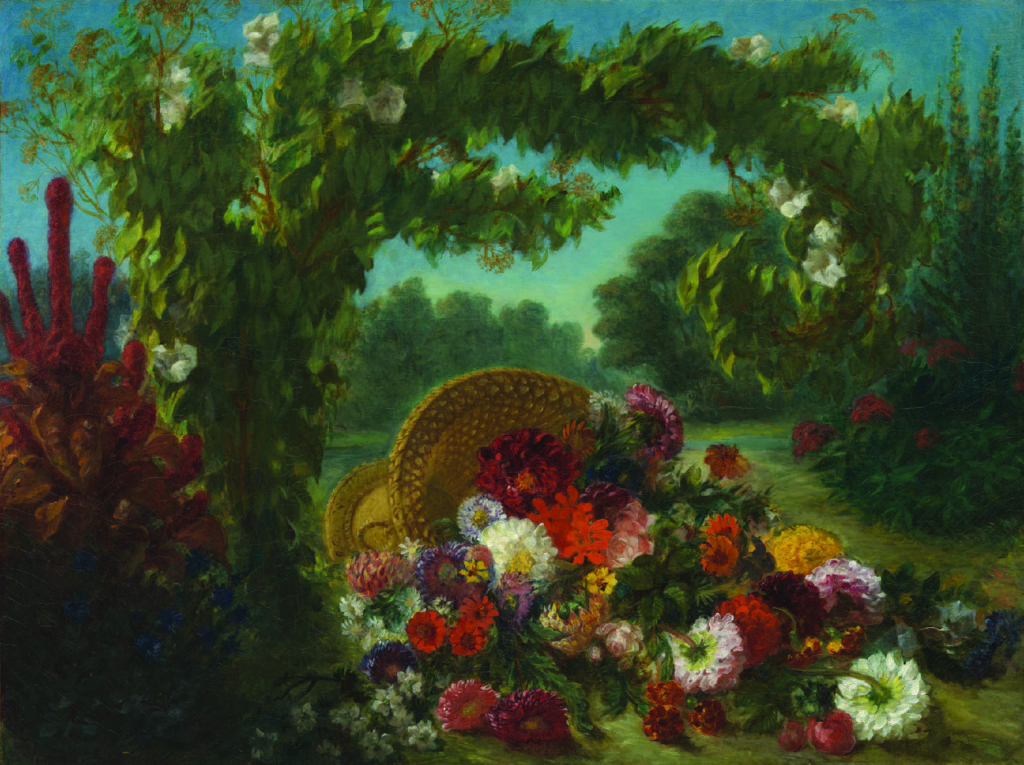 When they are seen in person, it is clear why Delacroix works such as Basket of Flowers—with its richly impasted brushstrokes—so inspired the impressionists and later painters. Even more so, his preparatory sketches in oil for paintings like Medea have a lushness that seems to presage the work of van Gogh, another Delacroix admirer. Even if some masterpieces are missing, the Met’s exhibition makes it easy to understand why Picasso purportedly said of Delacroix: “That bastard. He’s really good!”