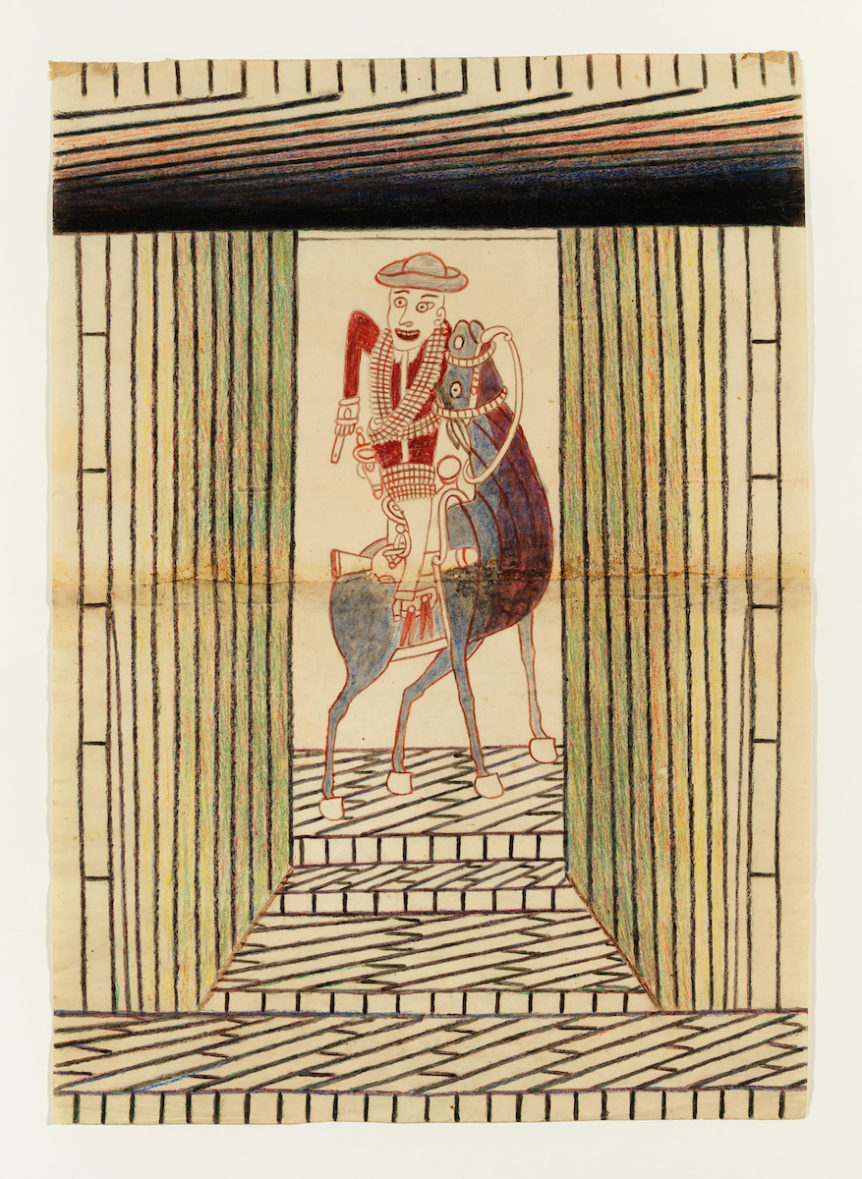 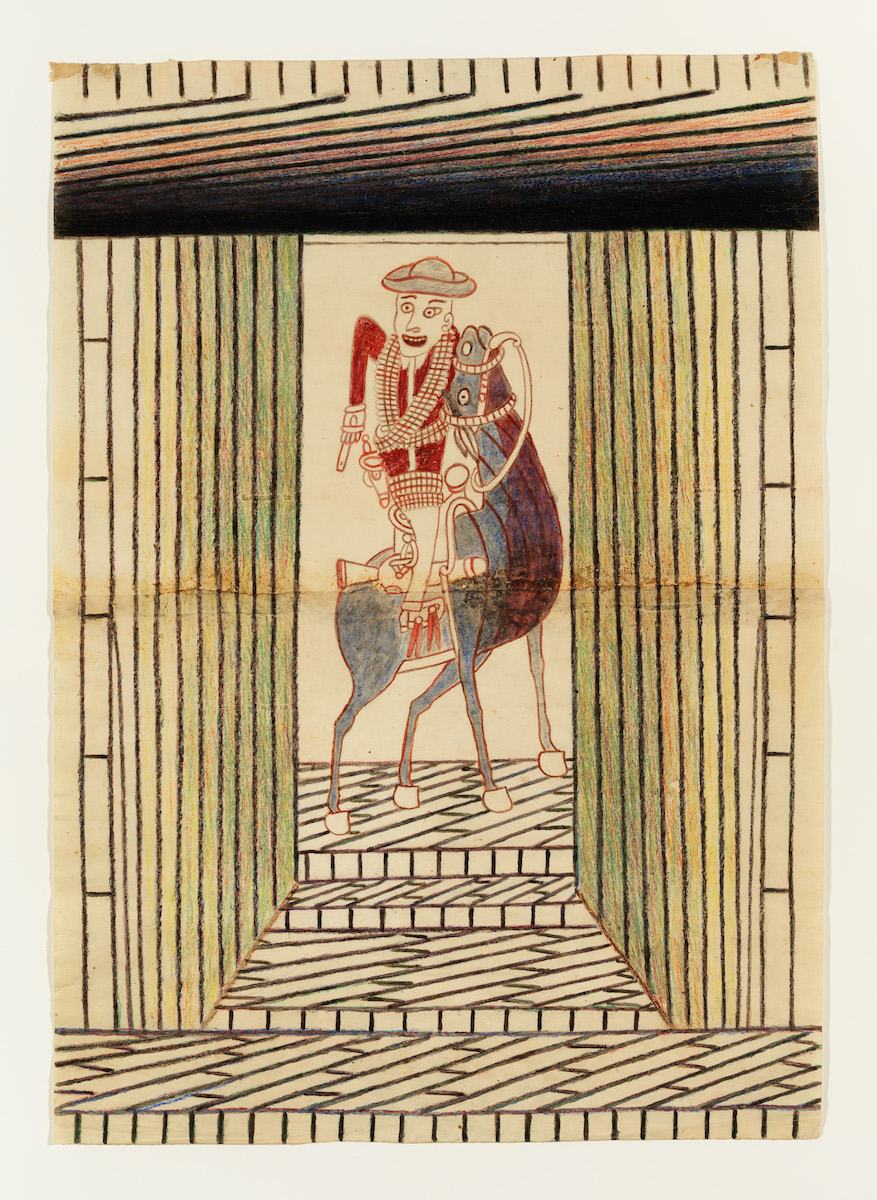 Martín Ramírez (1895–1963) was an itinerant Mexi­can laborer who, homeless in California in the 1930s and arrested for vagrancy, was diagnosed with schizophrenia and spent the rest of his life confined to state psychiatric institutions. Ramírez was also, by many lights, one of the more brilliant artists of the twentieth century. He is certainly in the first rank of those known as outsider artists—one of several umbrella terms applied to makers of art who are variously untrained, instinctive, obses­sive, reclusive, or impaired or damaged in some way.

Ramírez is the subject of the inaugural exhibition at the new Institute for Contemporary Art, Los Angeles. (The ICA LA—as it prefers to be known—is the rein­ carnation of the Santa Monica Museum of Art, which decided in 2016 to move to downtown LA after a squabble over real estate development plans for its location.) Martín Ramírez: His Life in Pictures, Another Interpretation features some fifty of the surviving drawings and other artworks by the artist, including a seventeen­foot narrative scroll that will be on pub­lic view for the first time. A part of the Getty’s Pacific Standard Time: LA/LA program, the show is the first major Ramírez survey in Los Angeles and the largest since the American Folk Art Museum’s eye­opening retrospective in 2007 in New York.

It is also a sure crowd­-pleaser. Ramírez is admired across the art-­lover spectrum. Modernists esteem the lines or stripes that he used to create frames around, and deep perspective within, his compositions, draw­ ing comparisons to the work of Wassily Kandinsky, Sol LeWitt, and Frank Stella. Pictorialists appreciate the roster of repeated images in Ramírez’s work, which includes pistol­-toting caballeros, railroad trains and tunnels, the Madonna, and animals such as stags, ducks, and rabbits. These are the basis for the ICA’s new “interpretation” of Ramírez’s work, which examines his images in the context of Latin American iconography.