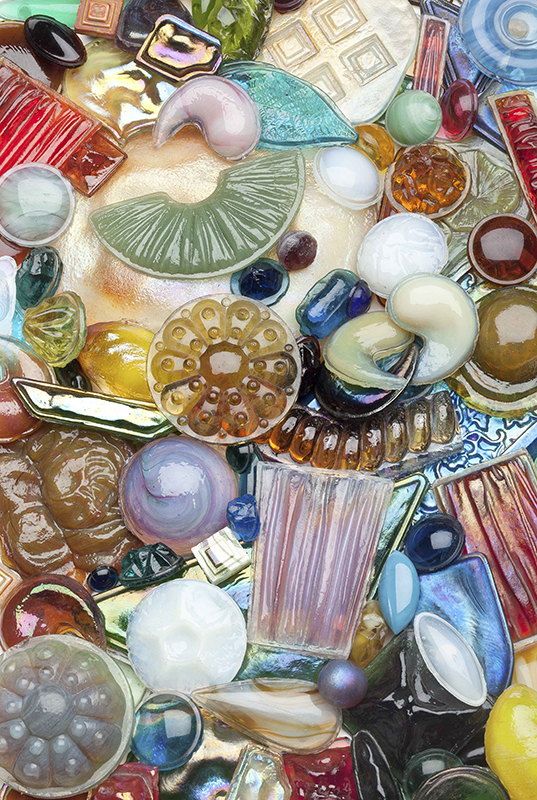 Chicago was very good to Louis Comfort Tiffany and the artist-designers who passed through his studio. Mosaic murals in the Marquette Building and Marshall Field and Co. (now Macy’s) and the enormous glass dome of the former Chicago Public Library (now the Chicago Cultural Center) are the most visible testaments to the firm’s success in the Windy City. Chicago’s religious leaders were also fond of Tiffany. Although a number of the ecclesiastical projects the firm executed there have been dismantled or destroyed, the Byzantine chapel installed at the 1893 World’s Columbian Exposition is one of the eleven commissions represented in Eternal Light: The Sacred Stained-Glass Windows of Louis Comfort Tiffany, on view at the Driehaus Museum.

Drawn from the holdings of the Metropolitan Museum of Art, the Neustadt Collection of Tiffany Glass, and the Charles Hosmer Morse Museum of American Art—as well as private collections, including that of museum founder, Richard H. Driehaus—Eternal Light examines the evolving techniques and motifs the firm employed as it realized projects for houses of worship across the country.

“In the late 1870s and 1880s, Tiffany Studios’ output was eclectic and varied, since each designer’s style and skill level were more prevalent and pronounced,” says Catherine  Shotick, curator of collections and exhibitions at the Driehaus. “In 1886, Tiffany reorganized his company, and shifted towards creating most of his windows from the work of a small handful of designers with long-term associations with the firm. With the hiring of Frederick Wilson in 1893—who became the Head of the Ecclesiastical Department in the 1899—an even more cohesive look to Tiffany’s religious windows occurred.”

Tiffany appreciated the marketing potential of the Columbian Exposition and in addition to exhibiting jewelry, lamps, and tableware, he presented a fully kitted-out chapel to demonstrate the company’s expertise in crafting products for churches, memorials, and mausoleums. While Tiffany had installed his first religious window in St. Mark’s Episcopal Church in Islip, New York, in 1878—and had completed dozens of other such projects by the time of the Chicago fair—the exposure in Chicago enhanced the firm’s profile and solidified its position as the preferred purveyor of colorful, comforting imagery.