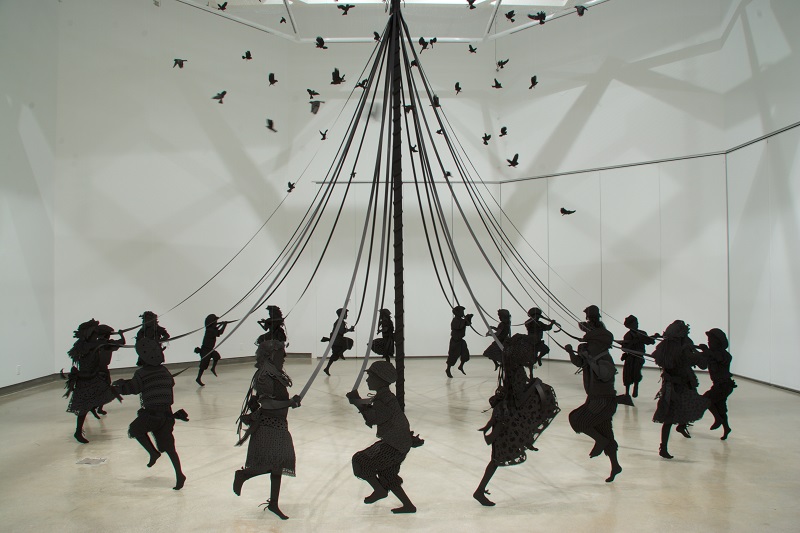 What’s old is new again: this month, the National Portrait Gallery gives us a novel twist on a centuries-old art form. Touted as the first exhibition of its kind, Black Out: Silhouettes Then and Now features historical silhouettes alongside analogous work by contemporary artists. Interspersed with more than forty shadow portraits from the eighteenth and nineteenth centuries are silhouettes by Kristi Malakoff, Camille Utterback, Kumi Yamashita, and Kara Walker.

Though silhouette-making dates back to antiquity—Pliny the Elder claimed it was the origin of portrait painting—it wasn’t until the latter half of the eighteenth century that the art form became popular. This was due largely to the advent of physiognomy, the art of interpreting facial features to gain insights into a person’s character, and to the accessibility of the medium relative to more expensive and time-consuming painted miniatures. By the turn of the nineteenth century, itinerant silhouette artists were roaming the Eastern United States, cutting likenesses of people from virtually every station in life. It is just this variety that Black Out endeavors to show, with an assortment of likenesses (drawn from the NPG’s own collection and those of other institutions, including the Metropolitan Museum of Art) of personages ranging from the country’s most prominent citizens to its most oppressed. One remarkable example depicts a young enslaved woman named Flora, whose portrait accompanies her bill of sale from 1796. 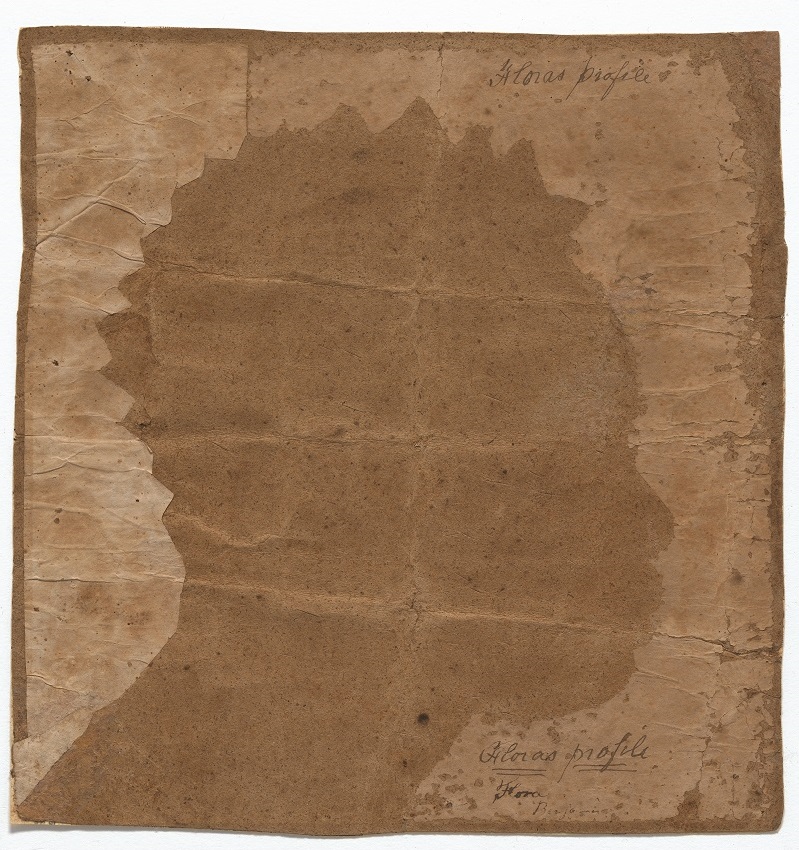 The objects on display are not limited to two dimensions: the show includes a number of teacups and saucers with silhouettes of animals and humorous slice-of-life scenes, a Liverpool-ware jug emblazoned with the likeness of abolitionist clergyman Absalom Jones, and a physiognotrace—a tool that assisted in tracing silhouettes—used by Raphaelle Peale.

While the popularity of silhouettes dwindled after the invention of photography, the art form never truly vanished. “I started to notice silhouettes everywhere, on book and magazine covers, in advertisements, and even on our phones whenever we set up our profiles for various accounts,” says the show’s curator Asma Naeem. The contemporary artists on view in Black Out demonstrate that the medium is alive and well: Kara Walker’s grotesque epics captivate and disturb; Kumi Yamashita’s puzzle-like shadow sculptures mystify; Camille Utterback’s digital installation responds and engages by reacting to the shadows of the viewers themselves. One of the most impressive works on view is Kristi Malakoff’s room-size installation, Maibaum, where twenty intricately cut-paper children dance around a maypole.