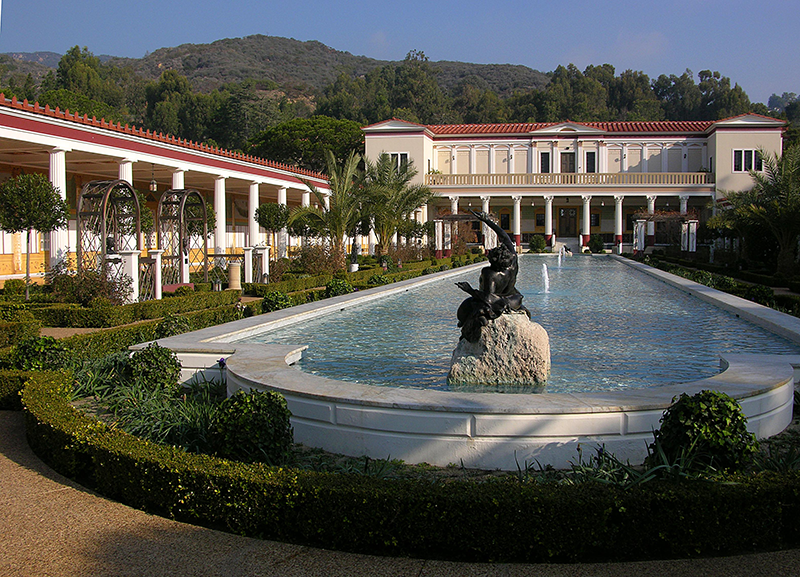 Known for being home to treasures of the ancient world, the Getty Villa is itself modeled on one: the Villa dei Papiri in Herculaneum. The institution is mounting a collaborative exhibition this summer with three Italian museums—the Museo Archeologico Nazionale di Napoli, Parco Archeologico di Ercolano, and the Biblioteca Nazionale di Napoli “Vittorio Emanuele III”—that will focus on these Roman roots.

Believed to have been owned by Julius Caesar’s father-in-law, Lucius Calpurnius Piso Caesoninus, the estate was buried by the same volcanic eruption that destroyed Pompeii in AD 79. It was rediscovered by well-diggers in 1750, along with a trove of marble and bronze sculptures, frescoes, and a priceless library of papyrus scrolls, the only such library surviving from antiquity. The Getty Villa will be displaying such artifacts as the bronze Drunken Satyr—which has been undergoing conservation at the Getty since last year—and a prancing piglet, along with artworks found during recent excavations of the Villa dei Papiri’s seaside pavilion and swimming pool. The exhibition will also explore ongoing research on the library’s fragile scrolls, much in the news recently thanks to technological advancements that made it possible for archeologists to read their contents without physically opening them, risking damage.

Buried by Vesuvius: Treasures from the Villa dei Papiri will be on view at the Getty Villa in Los Angeles, California, until October 27, 2019.