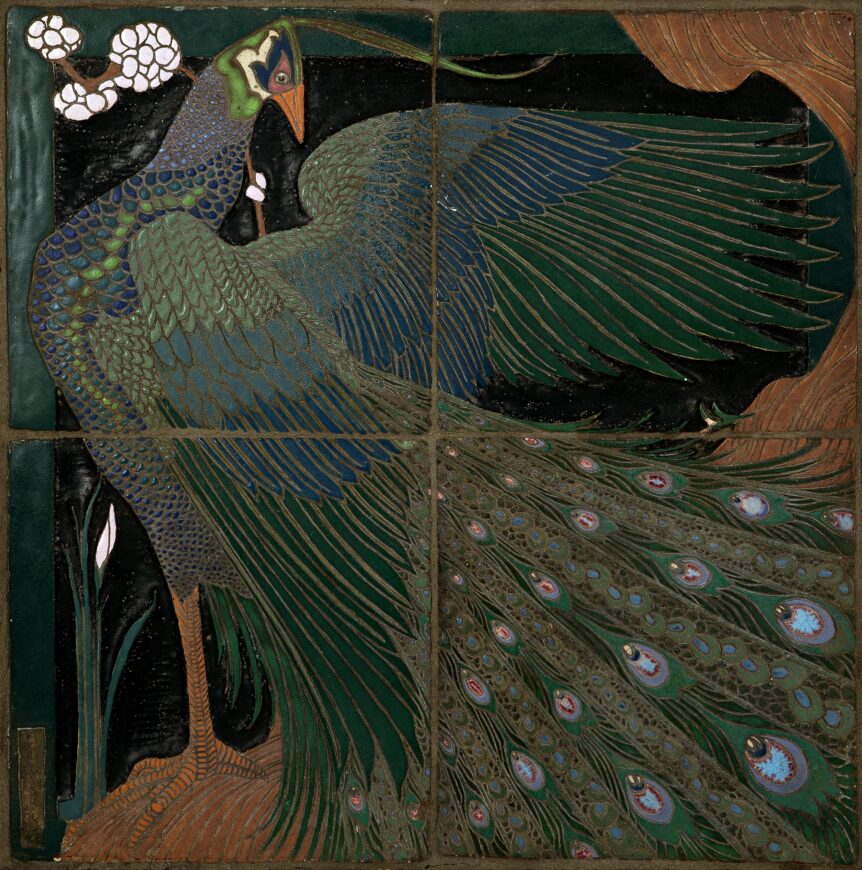 One of our favorite antiques scholars (and dealers), Eileen M. Smiles, has written a feature article for the admirable new digital publication Americana Insights. The subject is jewelry, specifically that worn by the subjects of folk portraits. Whether hair jewelry, shell brooches, or painted miniature pendants, sitters’ accoutrements tell us a lot about their owners’ lives and attitudes. (Americana Insights)

Our longtime collaborator, colleague, and friend Michael Diaz-Griffith did a fine job highlighting the 13 Best Historical Moments in Antiques History . . . even if he omitted the *groundbreaking* founding of The Magazine ANTIQUES in 1922. (Veranda) Bonus: while you’re over there, check out this piece on the 8 Young Antiques Dealers to Know. We think they missed a few crucial folks here, too, but let’s not get nitpicky. (Veranda)

At Tavern Trove in Raleigh, North Carolina, “an ocean of breweriana awaits!” More than five hundred items will be offered on the online auction platform Bidsquare this week. Dedicated to the preservation of artifacts and information on the brewery industry in America, Tavern Trove stocks ninety-five thousand objects, historical timelines of fifteen thousand breweries, and biographies of thousands of pioneer brewmasters dating to the eighteenth century. Here’s an opportunity to begin collecting in a new category. (Bidsquare)

At last, the Museum of the American Arts and Crafts Movement is now open in St. Petersburg, Florida. The objects on display at the museum come from the collection of businessman Rudy Ciccarello and his Two Red Roses Foundation. Ciccarello intends for the museum to be the “epicenter for the study of the American Arts and Crafts movement,” and its mission is to provide future generations with a key resource to learn about the period.  (Art Newspaper)

If names such as Stickley and Roycroft light up your eyes, we suggest you to sign up for the Twenty-Third Annual Conference on the Arts and Crafts Movement, which will be held in Chicago by Initiatives in Art and Culture later this month. Here’s a link to register. And in November the Rose Valley Museum and Decorative Arts Trust will be teaming up to present a two-day conference celebrating the arts and crafts movement in Pennsylvania, focusing particularly on the influence of critic John Ruskin and architect William Lightfoot Price. Learn more here.

Consider the trash bird (gulls, pigeons, starlings). Or the trash insect (cockroaches, flies, gnats). These most adaptable of creatures have made a living in the miasmatic shadow of modern humankind, their numbers fluctuating in response to changes in our handling of garbage, from ancient Rome’s sewer, the Cloaca Maxima, to the incinerators of pre-1956 Britain, to the open air dumps of today. Writer Tim Dee suggests designing with critter recyclers in mind. (Architectural Review)

Architect Jørgen Tandberg considers Sverre Fehn’s 1974 Storhamarlåven—a museum building adapted from a 1700s barn that was itself built atop the ruins of a pre-1567 bishop’s manor—to be a standout example of design that collaborates with the past, transcending what might be called “mere pastiche.” “Only by manifesting the present, can you make the past speak,” was Fehn’s own gloss on his architectural philosophy. (Architectural Review)

We love “a brief and fascinating history of . . .” stories about anything and everything. Here’s one on ambergris. Meaning “gray amber,” this solid substance—produced in the intestines of the sperm whale—has found many uses over the centuries, most notably as an ingredient in perfume. Herman Melville devoted an entire chapter of Moby Dick to it, and remarked, “Who would think, then, that such fine ladies and gentlemen should regale themselves with an essence found in the inglorious bowels of a sick whale.”  (Smithsonian)

If you’re in Boston during the coming month we urge you to set aside some time to visit Gallery Kayafas, where large-scale prints by photographer Robert Richfield are on view. In Richfield’s new series Buddha + Christ, the artist explores his fascination with religious iconography and how people across different faiths and cultures honor the dead. The highly saturated, crisp images highlight the visual contrasts between Christian crucifixes, Buddhist statues, and Jewish gravesites. Says Richfield: “Cemeteries and shrines, I believe, are gateways into the lives and cultures they memorialize.” (Gallery Kayafas)

With the dawn of internet-based video-streaming platforms, and now Covidian times, movie theaters are in dire straits. Let’s hope they aren’t torn down, but can be repurposed like the grand old theaters from America’s golden age of cinema that found new life as gyms and flea markets. Photographers Yves Marchand and Romain Meffre present an ode to the grandeur of the past in their new book Movie Theatres. Preview it here. (Wallpaper)

We’re smitten by artists who repurpose the old to create something new, so we loved this profile of artful octogenarian photographer Arthur Tress. In his sixties Tress began playing a “game”: combining artwork from used coloring books acquired at thrift shops with found photographs from his own decades-old collection. The resulting photo collages are whimsical, sometimes sweet, and always seem to contain a hidden meaning. (Collectors Weekly)

Here’s an article on two documentary photographers, Sergey Prokudin-Gorsky and Maxim Dmitriev, whose work tells the story of day-to-day life in Russia around the turn of the twentieth century, just before the Bolshevik Revolution. The two photographers captured the same people, during the same time, in striking contrast. Prokudin-Gorsky worked in color, verifying the brilliance of the landscape and its people, while Dmitriev’s black-and-white photos evoke the bleak living conditions of many peasants. The differences in their bodies of work gesture at the tension between photography’s use for political propagandists and for (hopefully unbiased) journalists. (Hyperallergic)

While we’re looking at documentary images, check out this video essay about iconic footage of major historical events, and the rights issues that keep it out of the public’s eye. The essayist behind Captured Images pleads for the footage to be set free. (Aeon)

Lastly, here in New York, we recently felt the sting of climate change, courtesy of a storm that passed over the entire eastern half of the country and dropped enough rain to cause catastrophic flooding in several states. Meanwhile, wildfires burn millions of acres in the west, and earthquakes rock Central America. It puts us in mind of our progeny, so, to wit, what could be better than these vintage photographs of children with their pets? (Vintage Everyday)