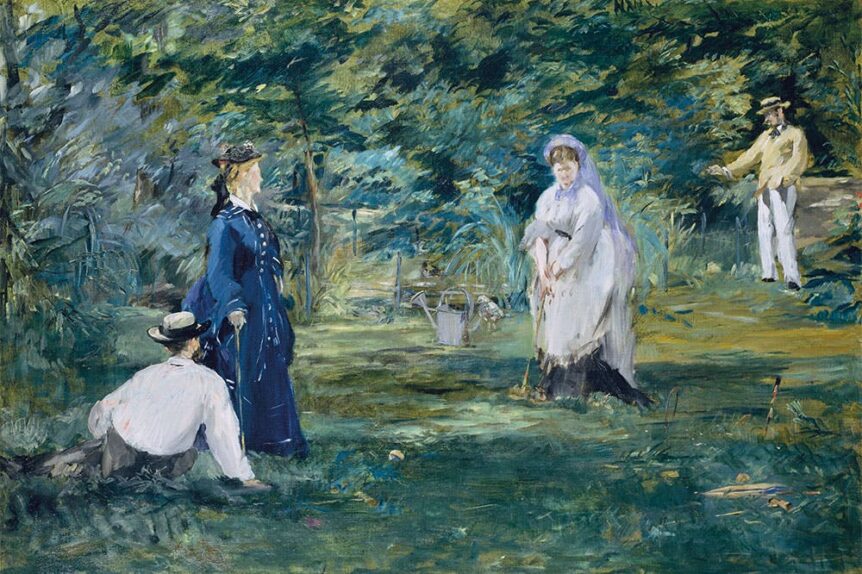 Quentin Tarantino’s Once Upon a Time in Hollywood is being published this month. Yes, you read that right. Here’s a history of “probably pop fiction’s least reputable genre”: the movie novelization. (Quillette)

Something that’s not being published is Blake Bailey’s Philip Roth: The Biography, at least not by W. W. Norton, after sexual assault allegations were leveled against Bailey. In this longform essay, critic and Roth acquaintance Daphne Merkin surveys the novelist’s output and analyzes his complex life and legacy. If he’d been able to uncouple his eros from his fiction, she muses, Roth might have been an even better writer, and a better man. (N+1)

A three-volume set of designs by Japanese artist Mori Yuzan features wave and ripple motifs in the Nihonga style. Produced in 1903, the Hamonshu were intended for use by artisans to adorn their work in lacquerware, wood, metal, and other materials, and are available for your perusal today. (Present and Correct)

Last year, Architectural Digest noted that gendered design—e.g., blue for boys; pink for girls—has fallen out of favor for children’s rooms. Good! Also true: gender distinctions should not influence the design of cars and the roads they travel. As this piece illustrates, that wasn’t always the case. (Jstor)

Hailing from Gateshead in Northeast England, the Patterson family produced some fine examples of earthenware during the nineteenth century, but they’re omitted from scholarship on the subject. Here, we find the story of one Patterson descendant’s mission to restore the family’s proud place in the history of British pottery. (Collectors Weekly)

For decades, we’ve visited the Manhattan housewares store Fishs Eddy in Manhattan for gift shopping and to rummage through their mix-and-match cups and dishes. But we never realized the depth of store cofounder Julie Gaines’s passion for dinner plates until we got this glimpse into her secret museum above the shop. Now open to the public, check out the Museum of American Restaurant China. (New York Post)

The kawaii aesthetic—a love of all things adorable—has permeated Japanese design for centuries, and has become increasingly prominent in both pop culture and the fine arts since the end of World War II. Here’s a primer on one staple of kawaii: Kokeshi—long, rounded, limbless painted wooden dolls born of the nineteenth century. (My Modern Met)

Diego Rivera’s massive 1940 mural Pan American Unity is a kind of “metaphorical bridge between the Mexican culture and the tech culture of the United States.” Seldom visited in its former home at the City College of San Francisco, the mural underwent a four-year, multimillion dollar move to SFMOMA where it will be enjoyed by many. Here’s the story of its transport including a front row seat for the installation via time lapse video. (New York Times)

Here’s a profile of Camillus “Buck” Sydney Fly, the Wild West photojournalist who documented the story of nineteenth-century Tombstone, Arizona, with images of the daily lives of its residents. Fly is said to have been present for the gunfight at the O. K. Corral, which was outside his studio, and his images also show Native Americans at war with the United States Army. (Messy Nessy Chic)

It goes without saying that an artwork should never be cropped to fit the space in which you place it. In 1715, that very crime was committed against Rembrandt’s Night Watch, one of the most iconic paintings in the history of art. Today, thanks to some very powerful computers, scanners, a contemporaneous copy of Night Watch painted by Gerrit Lundens, and dedication on the part of the Rijksmuseum’s staff, visitors are able to view the painting “nearly as it was intended.” (New York Times)

Now and then, we’ve tossed around the idea of doing thematic issues of ANTIQUES on subjects like food or sports. Baseball, for example, could provide enough material for an issue all on its own. Erin Corrales-Diaz’s new show at the Worcester Art Museum, The Iconic Jersey: Baseball x Fashion, would certainly be a good place to begin such a project. (Print Mag)

Here’s a brief piece on some other sports that have provided inspiration to artists throughout history. Some of their work is indeed “half-decent,” as you’ll read. (Apollo)