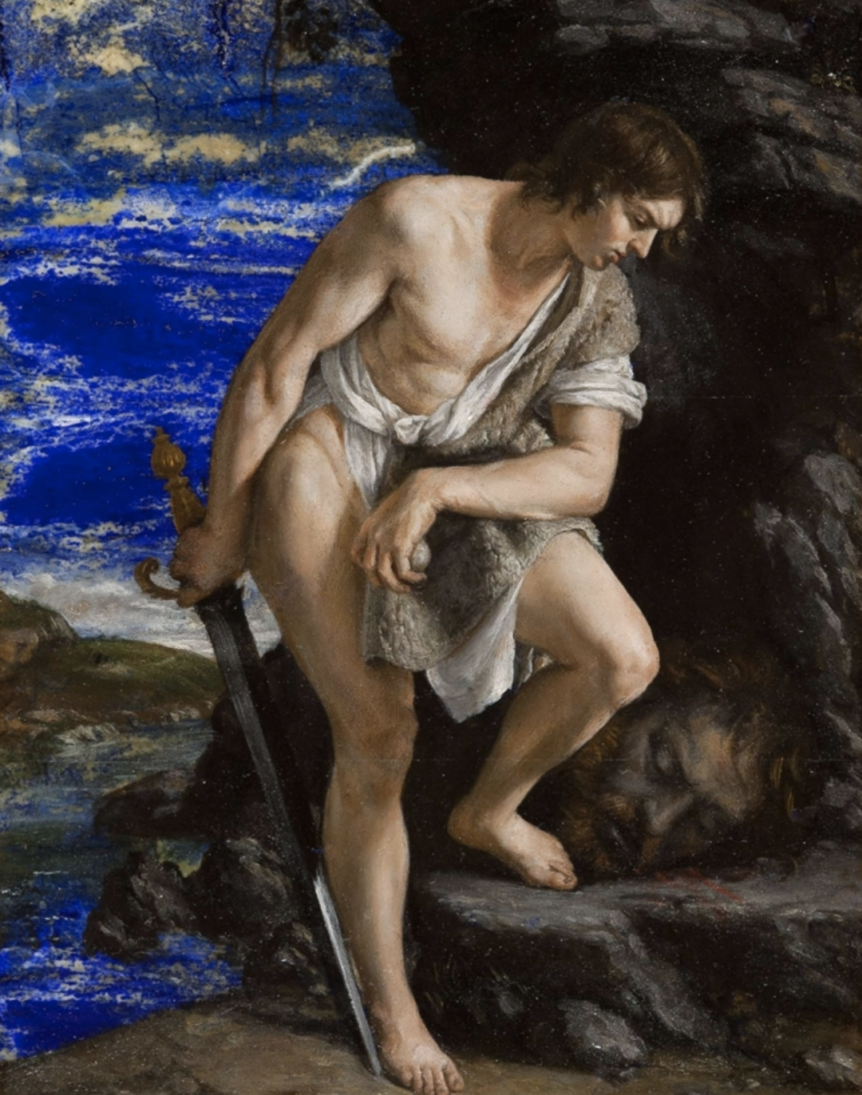 Strongly influenced by William Morris and the arts and crafts movement, and best known for his vibrantly colored ceramic tiles, William De Morgan was a prolific artist whose work adorned many residences and public buildings throughout England. While tiles earned him steady commissions, his work in three dimensions is just as important. Here’s an introduction. (Victoria and Albert Museum)

Pardon our delay this week: we’ve been struggling to tear ourselves away from a fascinating article about phenakistoscopes. The 1832 invention derives its name from the ancient Greek word for deceit, and produces an optical illusion that makes static images appear to move. A similar concept is at work in spiral spinners and flip-books, but the patterns and whimsy of phenakistoscopes is nothing short of spectacular . . . if sometimes creepy. (Flashbak)

Bemoaning the lost art of epistolary correspondence, this piece takes a look at one of the forgotten tools of the craft: the intaglio seal, yet another object kept on women’s chatelaines during the Victorian era. Here’s all you need to know about these relics of a time when letters were king. (Messy Nessy Chic)

Aficionados of early modern English history ought to enjoy the new book Making the Miscellany, from the University of Pennsylvania Press. Excerpted here is a blow-by-blow account of how Richard Tottel’s 1557 Songes and Sonettes written by the ryght honorable Lorde Henry Haward late Earle of Surrey, and other became a literary touchstone, inspiring puns from Shakespeare within a century of its publication. (Lapham’s Quarterly)

Aside from the obvious one (it’s set during a plague), what reasons are there to read Bocaccio’s Decameron today? This essay suggests that the good advice it offers—“embrace the bizarre. Mock arbitrary authority and oppressive orthodoxies. Shed beliefs that are no longer reasonable. Take time. Pause. Be ruthless when necessary, and always use intelligence—the human ingenuity that is the engine of innovation”—could touch off a second Renaissance. (Psyche)

“It must be a picture; it must illustrate something,” wrote Henry James of his short story The Real Thing, reproduced with an introduction here. As James saw it, it was the author’s job to illustrate his works (through words) . . . not that of professional illustrators employed by English magazines like The Illustrated London News and Black and White, which serialized his fiction. (Library of America)

In 2014, an anonymous letter was sent to the Paris art crime squad that began: “One name keeps cropping up in regard to people not to be trusted due to their links with forgeries—that of Giuliano Ruffini.” The letter caused major upheavals in the Old Master art market. Sink your teeth into the story of what has been called the “crime of the century.” (Artnet)

Speaking of swindlers and fraud, the infamous fin de siècle entrepreneur and cheat Horatio Bottomley raised the equivalent of $2 billion in his day. $2 million of that he spent on champagne and the rest he lost, much to his shareholders’, and, eventually, his own, dismay. (New Criterion)

Industrial espionage was apparently commonplace during the eighteenth century in Europe. Espousing innocent curiosity, scheming savants went abroad to learn trade secrets and carry them back to their native lands. For example, here’s a bit about Jean-Antoine Nollet and how he brought to France the secret of Italian woven silk thread. (Jstor)

Need something to look forward to? Join the New England Chapter of the Institute of Classical Architecture and Art, in partnership with The Magazine ANTIQUES, for a lecture by Cece Haydock that will detail the fabulously wealthy Medici bankers, their exquisite Renaissance gardens, and how these formal gardens were reinterpreted by English gardeners of the early twentieth century. (ICAA)

Noting the formal parallels between the works of Picasso and those of certain self-taught artists, in particular William Edmondson, New York Times guest essayist Margaret Renkl contemplates how the context into which artists are born can profoundly affect the reception of their work. (New York Times)

Philip Hoare’s newly published Albert and the Whale sorts the life and work of Albrecht Dürer, whose embrace of science and magic, existentialism, and compulsive self-promotion cleared a path for modern art. (New Statesman)

It would be reasonable to deduce from advertisements in Life magazine that mid-century modern furniture by white male designers kept white women both on view and in their place. But in lifestyle ads in Ebony we see a very different relationship between Americans of color and interior design. This piece explores the history of race and gender in mid-century design. (Hyperallergic)

How have social distancing protocols changed art direction at media firms during the pandemic? This article hails the new heyday of illustration, since photoshoots have become either too expensive or physically impossible. (AIGA Eye on Design)